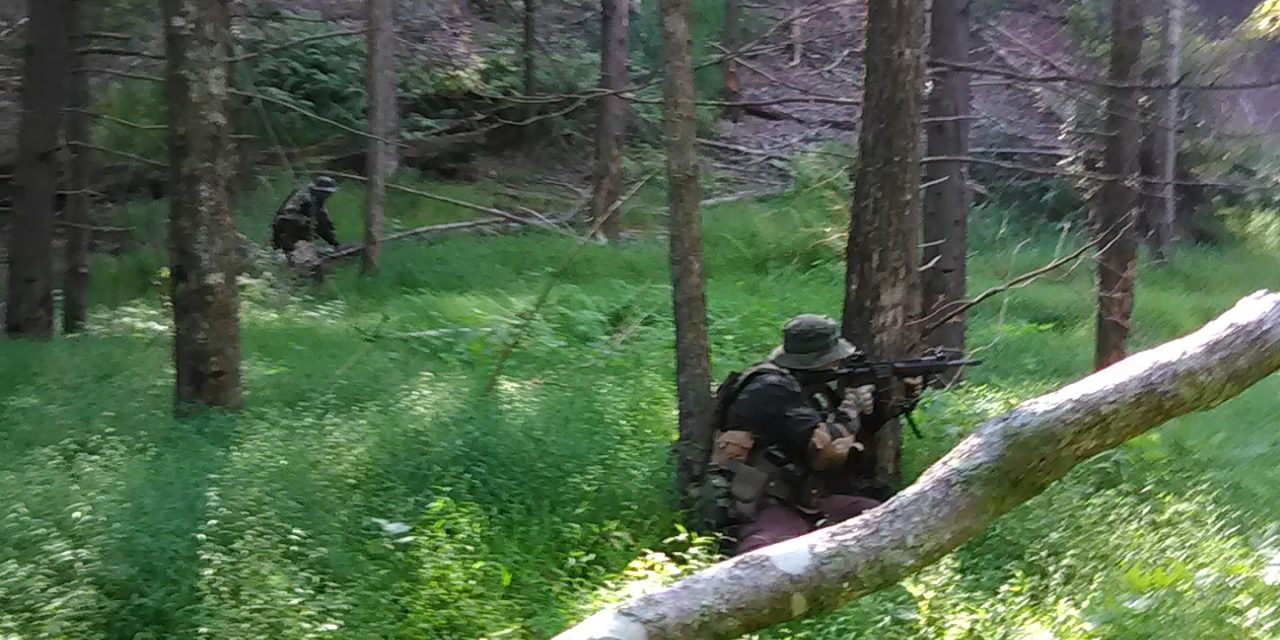 I remember as a kid, New Years Eve was a time when our Church Youth Group would have a big get together and we’d stay up all night playin’ games inside and playin’ a huge game of tag/Hide and go seek in the woods outside. A couple of us were plannin’ on going into the military (this was between 13 and 17 and I was fortunate enough to serve with one of them in three different units), so the game in the woods became a huge stalking exercise. We’d finish out the morning by driving to the top of the mountain and watch the sun come up.

I sit here on the couch having just put my nine week old Son to bed and I am contemplating the last year, 2019. The birth of my third child was the highlight of this year, and thinking about a few more awesome events that have taken place, I realize how God has truly blessed me and mine.

Trying to keep a realistic perspective of my surrounding, I realize that their are many enemies to what I hold dear, stalking those of us who believe in things like God, Family, Rights and Country, and just waiting for a time to pounce.

There are so many situations on the edge of “POP!” right now, it’s hard to keep track. Everyone keeps talking about Virginia, and what’s going on there, so let’s discuss it. All I keep hearing is, “Everyone needs to show up there on Jan. 20th, to tell their Admin how we feel.” or, “If they want a fight, let it start with all the militias in Virginia.”. A few things come to mind when I hear all those forum and You Tube “Talkers” tellin’ people they need to go to Virginia. The first thought is, “Most who tell you that you should go, are not going. I know because I’ve asked many of them in comments. If they aren’t willing to go, why are they telling you that you should? Because everybody is saying it, that’s why.

Second of my thoughts is, “This is a problem Virginians created, let them handle it.” Along with that is the caveat that If Virginians appear to be in over their heads after they’ve made a go at it, by all means, we should help our fellow Americans out. They seriously dropped the ball in their election and they know it. Let them fix their problem without a bunch of wannabees screwing it up for them. The only way those laws, if passed, will affect Non-Virginians is if you’re driving through the State. What are you protesting that will specifically affect you if you’re not from Virginia?

What? You’re gonna show up like “The Fools of Charlottesville”, lookin’ all “Operator” with your AR pistol, tomahawk, MICH helmet and mirrored sunglasses? What happened there? They were painted as something they were not by MSM and ended up grovelling to the people that sued them (after it was over) and kept sayin’ they only wanted to get along and “We’re here for you.”. The closest thing they had to a plan was who was going to do the photos that they could post on there social media militia page later….and it showed.

By all means tell us by what authority you operate in your own State, let alone another. You don’t have any (The 2nd Amendment is a generalization to the specifics of the different militia acts. The Militia Acts tell how you will have Officers appointed by the Governor and how you will organize), and what’s worse, do you think the Administration in VA has not thought it through this time. They added $100 Million to their overall Corrections budget compared to 2019. That’s a “Tell”. What, you’re gonna say you’re runnin’ as “Security” for “Fill in the blank YT star”? Look up DCJS and see what VA requires for a person to work armed security in VA. You’re gonna be armed, right?

Is your “militia” planning to go to any of the other States that are proposing similar laws. I doubt it, you have day jobs, and it sounds like you’re gonna blow your wad on a State you don’t even live in. What are you gonna do when it comes to your State? I live in PA, and if it comes down to the same type of actions being planned in VA, I will resist, because that affects me and mine directly.

If this were a Federal Confiscation, by all means, all of us should resist. But understand, this is a test, and other States are watching how VIRGINIANS handle it. Are you gonna stir things up, only to leave it for Virginians to live with the consequence? If you go and there is trouble, that’s what you’ll be doing. You aren’t gonna stay there long, unless you get planted there, because the bottom line is you have responsibilities elsewhere, don’t you?

I haven’t even brought up the planning required to perform in that type of environment with even a small group. Basic Battle Drills that you have rehearsed 10 or 1000 times with your group is the easy part. That doesn’t even cover the map recon or better yet, site recon before the operation, a serious commo plan, the specific planning for multiple routes in and out, contingencies for commo, evacuation and transportation, overwatch assignments and fall back positions. You’ll need casualty recovery, movement and collection points planned and assigned. Finally (not really) the logistics needed for this kind of operation need to be collected. This is where knowing how to write and deliver an OpOrd and understanding the “Principles of Patrolling” come into their own.

I hope all the hype is for naught, but I fear that is not the case. Regardless, whatever you do, me and mine wish you and yours a great and prosperous 2020 and I wish nothing but death and destruction to the communists and their weak brethren, the socialists, who want to destroy our great Nation. 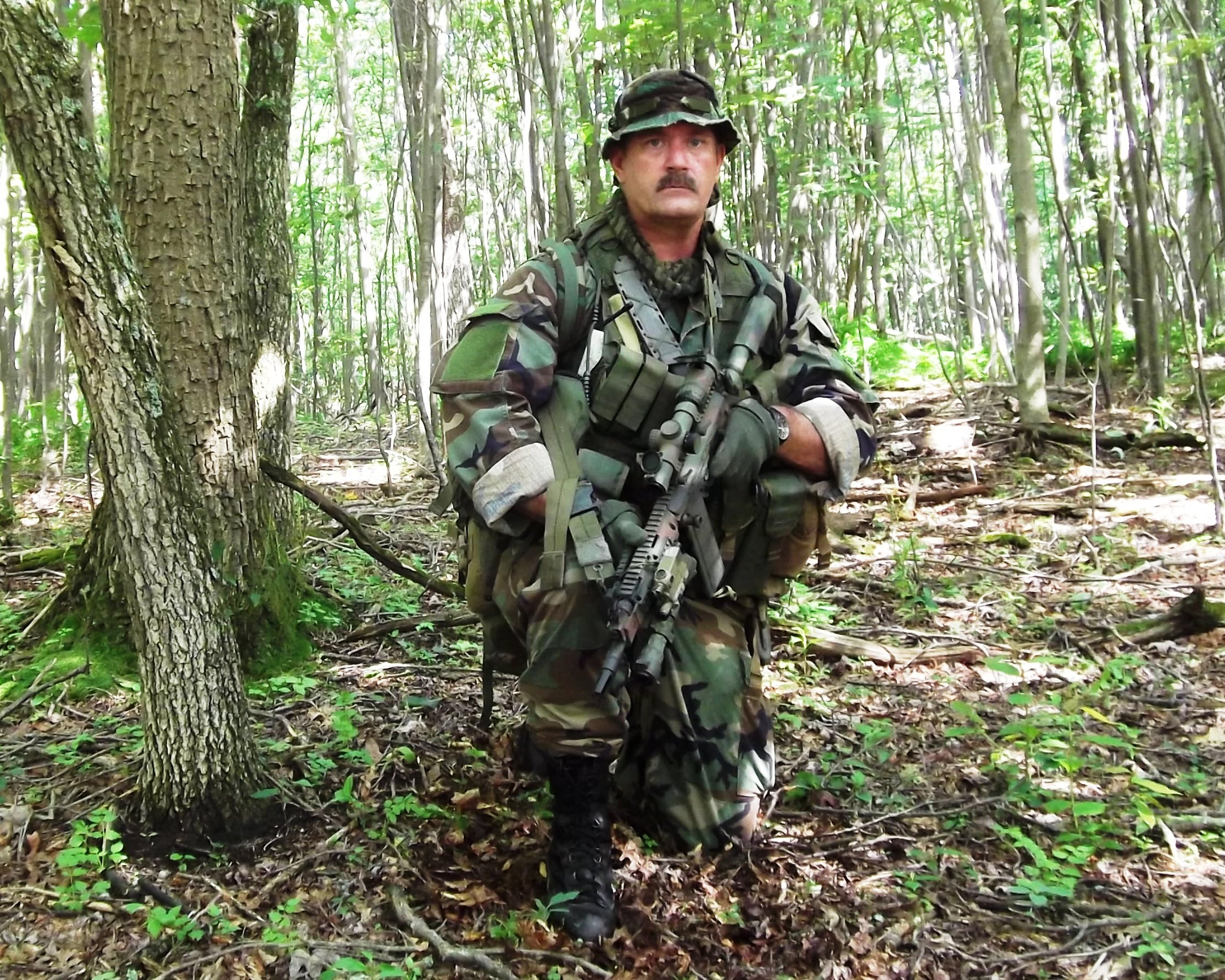 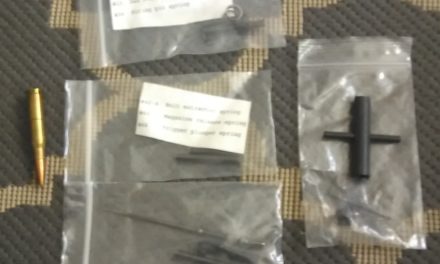 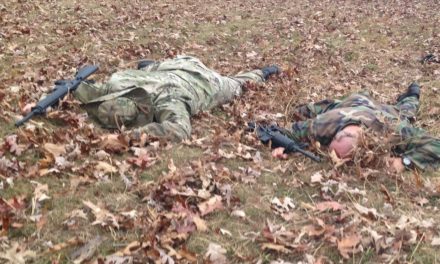 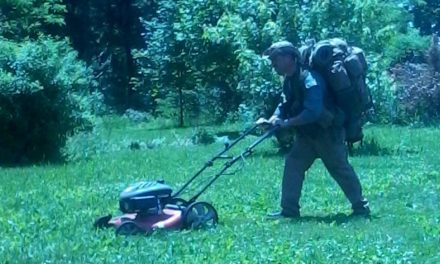