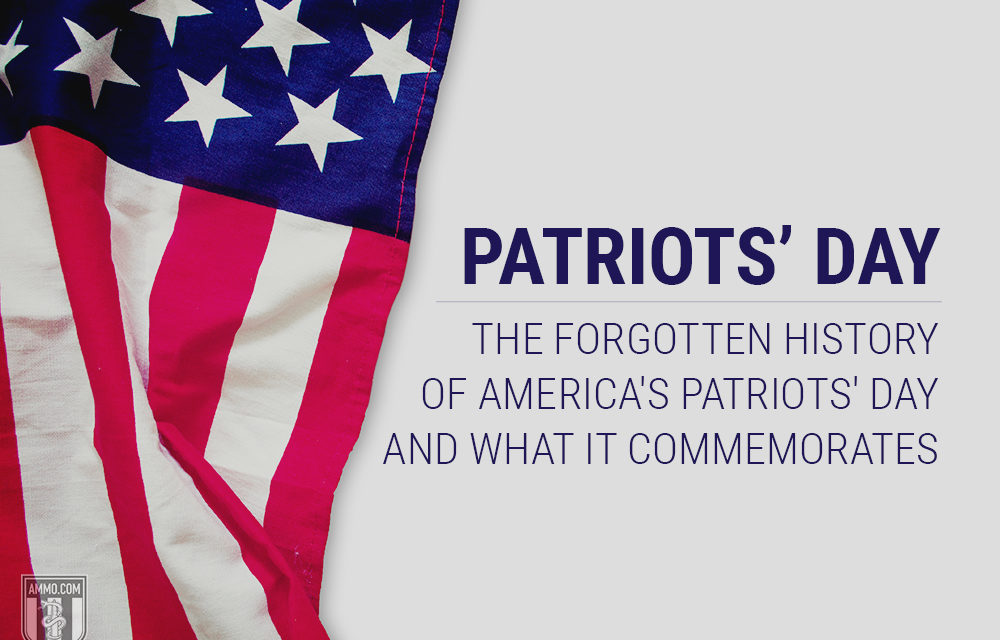 Coming from site sponsor Ammo.com comes this history of Patriot’s Day- a critically important but little observed monumental day in the formative years of our Great Nation. -NCS

While it’s not celebrated too widely outside of New England, Patriots’ Day (or “Patriot’s Day” if you live in Maine) is a big deal there, primarily in the state where the Battles of Lexington and Concord actually took place – Massachusetts. For anyone reading this from New England who isn’t aware: No, you’re not getting the third Monday in April off so you can stay home and watch the Boston Marathon.

Even before the Declaration of Independence was written, there were the Battles of Lexington and Concord – the true beginning of the American Revolution. To be sure, this is something that had been brewing for some time. There was the Boston Massacre, the Boston Tea Party, and the Intolerable Acts. But the Battles of Lexington and Concord marked the first shots fired between Patriots and Tories, beginning what would eventually lead to the independence of the American colonies from the British Empire.

While the battles began as a small skirmish, they quickly became a bona fide fight – and a bridge from which the American rebels could not walk back.
Increasing Tensions in the Massachusetts Bay Colony

By the time of the battles, the British occupying troops had already earned the nickname of “redcoats,” or even “devils” depending on who you spoke to. They had been occupying Boston since 1768, and due to forced quartering as well as increased resistance on the part of the colonists, the tensions between the natives and the occupying army were only growing with time.

Boston was to some degree under the control of General Thomas Gage, military governor of Massachusetts and the commander of a garrison of some 3,000 British troops stationed in the city. However, outside of the city was a whole other issue. Indeed, it was outside of the city where the rebel sentiment held the most sway. While it is often said that one-third of colonists were Tories, another third Patriots, and another third apathetic, the Patriots held the overwhelming majority of support among Massachusetts colonists outside of Boston.

Gage planned to assert central control over the more rural parts of the Massachusetts Bay Colony by using small strikes to confiscate the Patriot militias’ supplies. He had some success in doing this in advance of the Battles of Lexington and Concord in what were known as the Powder Alarms.

Still, due to the threat of Indian raids, every town in Massachusetts was required to have a militia. And these militias needed supplies. Disarming all of them seemed unlikely at best.
Confiscating the Colonial Arms

On April 14, 1775, the order came down from the central authority in London that General Gage was to confiscate the colonial arms. On the morning of April 18, Gage sent a mounted patrol of 20 men to intercept messengers and, perhaps most importantly, to find Samuel Adams and John Hancock. It was their search for the latter two men that tipped off the colonists that something bigger was afoot. This put the residents of the area on a higher alert than they otherwise might have been.

Lieutenant Colonel Francis Smith was ordered to go relieve the Concord militia of its arms and powder, but not to disturb the locals or their property. He did not give orders to arrest the rebel leaders for fear that this would spark a huge uprising.

The Patriots had largely been alerted to both the general plan (remove their arms and powder) and the specific plan (go after the Concord militia), and the Massachusetts Provincial Congress ordered the militias to resist the British troops with force.

On April 18, in preparation for the arrival of British troops, Paul Revere took his famous “midnight ride” to warn the colonists of the area that “the British are coming.” Indeed, the colonials had intercepted the transmission from London, and knew that April 19th would be the day of the raid, even before General Gage knew. The leading lights of the rebellion left the city of Boston and laid low to avoid an arrest.
The Minutemen Are Born

While it’s true that the Minutemen were in existence before these battles, it was during Lexington and Concord when they really came into their own as an important force. Indeed, in response to the “midnight ride,” militiamen were organized as far as 25 miles away while British troops were still landing.

Lexington was more of a minor skirmish than anything. The British troops weren’t even supposed to be there. British Marine Lieutenant Jesse Adai decided to turn right instead of left, putting him in Lexington instead of Concord.

Upon meeting up with the rebels, an unknown British officer rode in front of the British troops, waved his sword and ordered the militia to disperse, yelling “lay down your arms, you damned rebels!” For his part, the captain of the militia ordered his men to disperse, but his orders were either unheard or not obeyed. In any event, while some of the men did choose to disperse, none of them laid down their arms. Both commanding officers ordered their men not to fire, but someone did.

No one is sure who fired first. In fact, most historical sources agree that it was someone uninvolved in the fighting. Only one British troop suffered minor injuries. However, eight patriots were killed and 10 were wounded at Lexington. Most of these occurred during a British bayonet charge.

In Concord, militiamen from both Concord and neighboring Lincoln were already amassing. Tensions mounted between an advancing Patriot militia and a retreating British force at The North Bridge. A firefight broke out, leading militia commander Major Buttrick to yell out, “Fire, for God’s sake, fellow soldiers, fire!”

Fire they did. The British regulars were soon outnumbered and outmaneuvered. It was a stunning strategic victory for the American Patriot forces.
The Reaction to the Battles

It’s likely that none of the colonists expected to win this battle, nevermind to win it quite as handily as they did. Most probably didn’t even think there would be a confrontation where each side was shooting to kill. However, the early stages of the American revolution are filled with examples of the colonists being surprised as they walked further and further out onto the ledge of independence.

All told, 15,000 militiamen showed up to encircle Boston on three sides and to keep the British regulars hemmed inside the city where they could only do negligible damage. Men were pouring into the region from Rhode Island, Connecticut, and New Hampshire, forming the core of what was about to become the Continental Army.

General Gage did not declare martial law, but instead continued his move to seize private weapons by other means.

The main reason the battle was a strategic failure for the British is because it baited them into exactly the kind of confrontation they were trying to avoid by confiscating arms from the colonial militias. The battle was largely seen as the moment when the rebels crossed the metaphorical Rubicon and could not go back to the status quo antebellum.

For what it’s worth, the Patriots very heavily relied upon propaganda to paint this battle in a positive light. Inconvenient facts were suppressed and more positive aspects of the Patriots’ role in the battle were played up to give the colonists a battle they could believe in.

Over the years, the battle began to take on an almost mythic quality. Ralph Waldo Emerson’s poem “Concord Hymn” was one of the earliest post-Revolutionary attempts at lionizing the battle. “Paul Revere’s Ride” by Henry Wadsworth Longfellow was memorized by generations of schoolchildren.

Four Massachusetts National Guard units can directly tie their lineage to this battle.
The Beginnings of Patriots’ Day

In 1894, the Lexington Historical Society petitioned the Massachusetts General Court to declare April 19th “Lexington Day.” Concord wasn’t willing to let this stand and counter-petitioned that it be declared (what else?) “Concord Day.”

They were both at a bit of a loss when they found out that the biggest battle fought on April 19th was actually in Menotomy, which is now known as Arlington. It has been speculated that one of the reasons the much larger battle is less remembered than the two smaller ones is because the name of the town has changed several times since the American Revolution.

As a compromise designed to keep everyone happy, Governor Frederic T. Greenhalge proclaimed the day “Patriots’ Day,” which replaced the previous Fast Day. The new state holiday served to consolidate what had previously been a variety of local observances throughout the state. It further commemorated the first blood of the Civil War during the Baltimore Riots of 1861, where four Massachusetts militia members were killed.

Maine became the second state to celebrate the holiday in 1907, likewise replacing what had formerly been Fast Day. New Hampshire became the third state in 1991, with Connecticut joining as the fourth in 2018. It is currently celebrated on the third Monday in April.

Those who do not live in Massachusetts or New England frequently confuse or conflate the holiday with Bunker Hill Day or Evacuation Day. The former of these celebrates an unrelated battle in June, and the latter commemorates the British evacuation from the city of Boston after the successful siege by the nascent Continental Army. Evacuation Day, for its part, is often confused with St. Patrick’s Day because it is commemorated on the same day.

All of these (except St. Patrick’s Day, of course) are part of a family of holidays known as Minor Revolutionary Holidays. But Patriot’s Day is arguably the most important of them for three reasons. First, it celebrates the very beginning of our nation. Before the Battles of Lexington and Concord, we were nothing more than a bunch of colonies with a few radical rebels. After the battles, we became a nation in the making.

The other reason largely flows from the first: While there are only a handful of New England states that celebrate Patriot’s Day, it is recognized in Wisconsin as a day off for the public schools. The State of Florida urges people to celebrate it without it being an official holiday. People around the country have at least heard of Patriot’s Day in a way that they haven’t, for example, Bennington Battle Day.

Finally, the Battles of Lexington and Concord are arguably where the Second Amendment’s right to keep and bear arms was born. It was the attempt by the redcoats to seize their arms that demonstrated just how important this right was to the colonials. The Battles of Lexington and Concord were the Patriots putting their lives on the line to defend that right.

So, on April 19 (or the third Monday of April, whichever you like), go ahead and remember Patriot’s Day – why it’s celebrated and what it is intended to remember. Even if you’re not in New England, it’s important to remember the origins of our nation in a small battle outside of Boston. 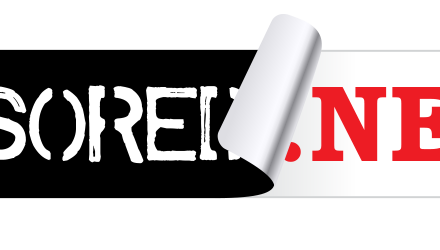 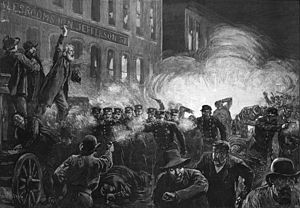 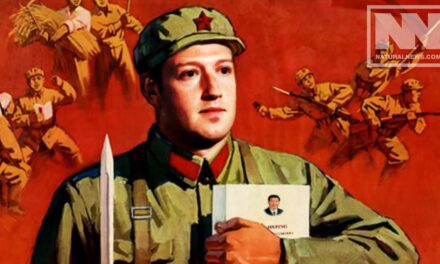 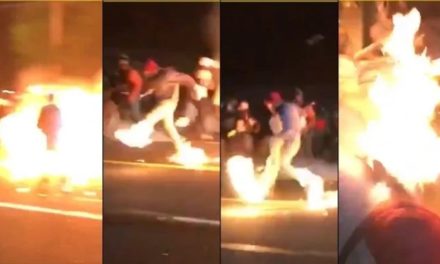