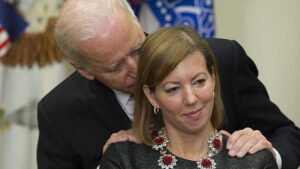 Both movies, especially “The Chekist” are bleak reminders of the depravity of man against other men. Many times, reality is very bleak and dark. At those times, a person’s mindset will either make or break their chances of survival. Giving up is not in the DNA of Americans. Our Forefathers experienced some of the bleakest times imaginable, and they came out the other side, not only victorious, but with a new sense of purpose that has defined this Country to the World for centuries.
We need to revive and renew that sense of purpose, in ourselves and in our communities, because “Individuals” and “Communities” is what made this Nation great, not Washington D.C. and their cesspool of corruption. Continue to organize, equip and train. If you have not, START! A lot of “Heavy Lifting” will need to be done to get us back to where we need to be as Communities and as a Nation.
To quote some cliché movie lines, you need to decide whether you are of the “Star Trek, The Next Generation”, “We are the Borg, it is useless to resist us.” crowd, or the “Terminator Salvation”, “If you are hearing this, you are the Resistance.” group.
God Bless and keep you,