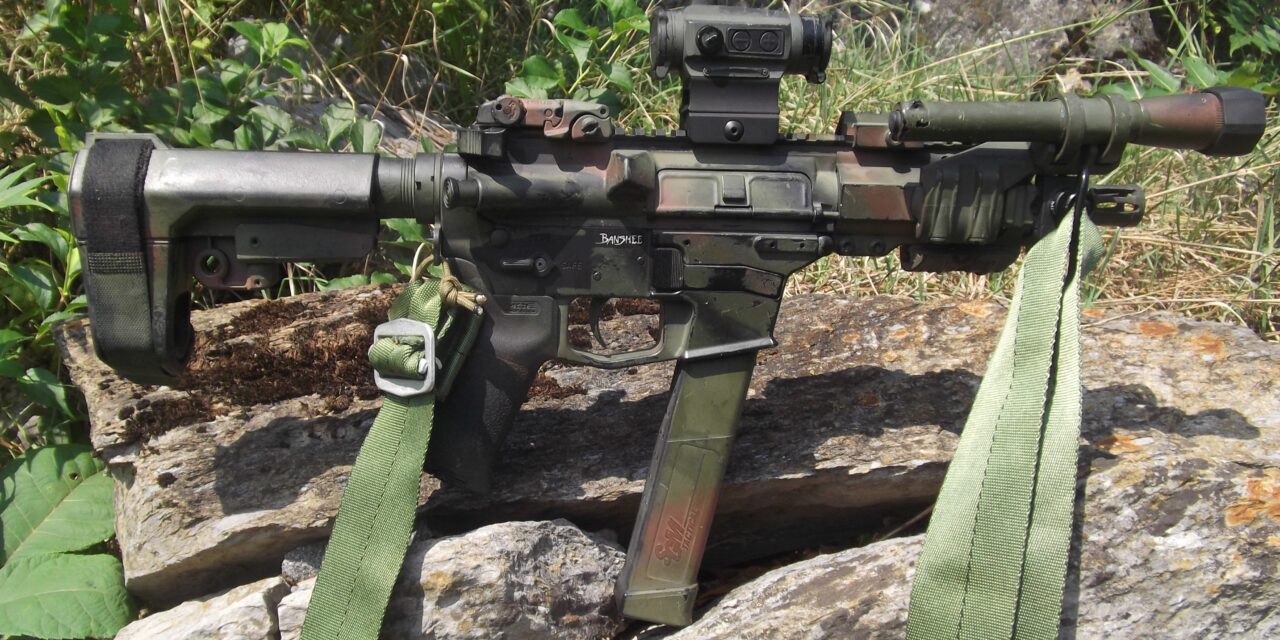 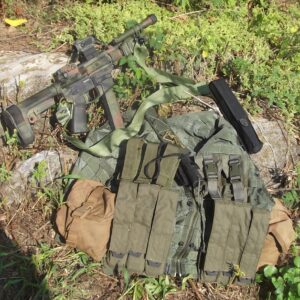 For over a year now, I’ve owned a the compact braced, .45 Auto caliber, “handgun”, known as the CMMG Banshee M300. The version I bought, has the 5” barrel, and as the website, will tell you, the M300 series has a number of extras (Such as an ambidextrous safety) that the cheaper models don’t. Between putting about 500 rounds through the Banshee 45 and carrying it a lot through the woods, I can tell you that, for the money, it fills the niche, I bought it for, perfectly.

Overall length of the Banshee 45 is approximately 19” with the SBA3 brace collapsed. Total weight, of the below pictured Banshee 45, with a loaded 26 round 45ACP mag, is 8 pounds. The Banshee 45 will easily fit into a Day/Assault pack, if the upper and lower receivers are separated, and a pack with the Banshee 45 and 3 extra mags, weighs nothing at all, compared to the firepower it can bring to bear.

As I said, I have put about 500 rounds through the Banshee 45 in the last year, and to give you an idea of the accuracy potential of this 5” .45ACP, one of my 2-shot zero groups, measure 1/2” at 50 meters. The target is pictured below, and it was shot with 230gr, brass cased Fiocchi ball. 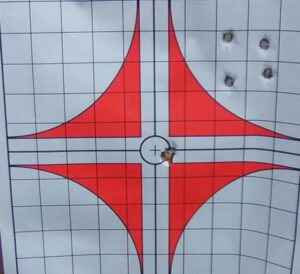 As can be expected by a .45ACP caliber “Long Gun” (it’s longer than most pistols), recoil is negligible. As with most pistol caliber weapons of this type, staying on target with rapid fire strings, is relatively easy, if proper weapon technique is used. The Banshee functioned fine with any ammo I shot through it. This ranged from steel and brass cased 230gr ball, down to 185gr hollow points.

Six items are show on the Banshee 45 I own. First is a home-made sling I made from an HSPR (Harness, Single Point Release) for the rucksack in Airborne Operations. If you can find one, there is a lot of wide, strong straps that can be utilized for weapons slings.

Second, is the Holosun HS515CM red dot optic, with quick release mount. I own a couple of these, and have had them for several years with no issues whatsoever, and it is about as compact as a robust red dot can get.

Third, is the Mini-Mag Light with MagPul mount. If you are interested in this item, and why I like and use it on many of my firearms, read about it here in a previous AP post.

Fourth, is the MagPul Back Up Iron Sights, both front and rear. I won’t have a defensive firearm without back up iron sights on it. MagPul’s are durable and affordable.

Fifth, I added an AR A-2 type flash hider to it, since there’s not much flash to begin with. It performed fine the few times I’ve shot it at night.

Last on the list is the two types of mags I use. The first, and the greatest number of mags I own, is the SGM 26 round, Glock21 mag. Although I can use any mag I use in my Glock 21, or Glock 30, the primary mags I use are the 26 round SGM’s. It’s nice to be able to use mags from my pistol in my “Long Gun”, and although I’d hope it was not needed, you know what they say, “Better to have and not need………”

The second mag I use in the Banshee 45 is a modified Glock21 13 round mag. The modification, is adding a “Kriss” extension, which makes it into a 30-round magazine. As the photo shows, it’s obviously longer than the SGM, and so far, has proven to be as reliable as the 13 and 26 rounders.

From a Survivalist’s perspective, a variety of uses can be imagined for this weapon in a WROL Retreat environment. A highly compact, “Long Gun” to strap on your back while working around the property. Use as a “high volume of fire” back up to a bolt action rifle while hunting. A firearm for someone who can’t handle much weight or recoil out of a more powerful firearm. Finally, the only firearm that would be more compact for clearing rooms in a domicile, would be a non-braced, pistol. 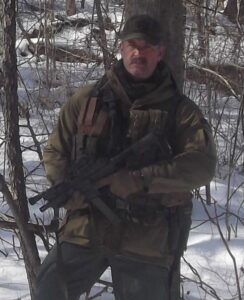 As you can tell, I am a big fan of this firearm, and eventually, I might get the smaller version in 9mm. If you use the .45ACP Glock pistols, and are looking to get a braced “Pistol” that uses the same mags, I highly encourage you to look at the CMMG Banshee M300 45 Auto. You’ll be glad you did. 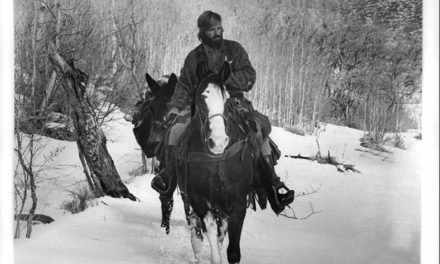 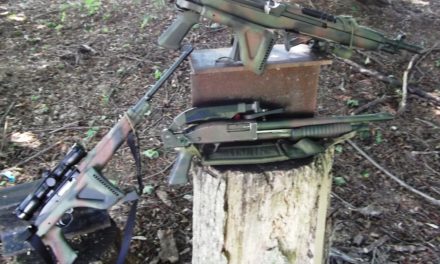 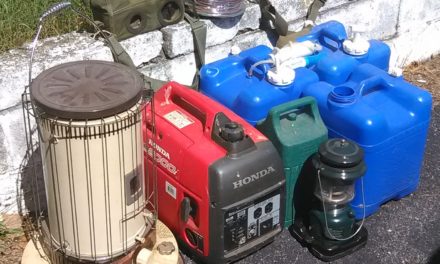