While speaking with a Buddy a while back, I was asked about the validity of putting out a checklist of skills which originate in the “Common Tasks/Skill Level 1” (now called “Warrior Skills Level 1”) manual that the US Army uses. After thinking about it, I decided to go through the PDF Table of Contents, and I highlighted what I thought were important skills for the Survivalist/ CDT (Community Defense Team) Member to concentrate on.

For a number of years now, I have concentrated most of my class time on the Rural Buddy Team Essentials Course (RBTEC), because the Buddy Team is not only the core building block of any martial/defensive group (Techniques of movement and maneuver, etc. are usually the same, just on a larger scale with the bigger groups), but is also what I believe is the most realistic, when it comes to how many people you will have to work with.

So here goes. The skills I believe you should concentrate on are highlighted in yellow, and I will make notes below or in the screenshot where I feel it is appropriate (they will be in black after the task listing, or in red if it needs explanation). Keep in mind, if you know someone that served in the US Army, they had to test on this every year in their respective units. This isn’t just an “Infantry?Combat Arms” thing. 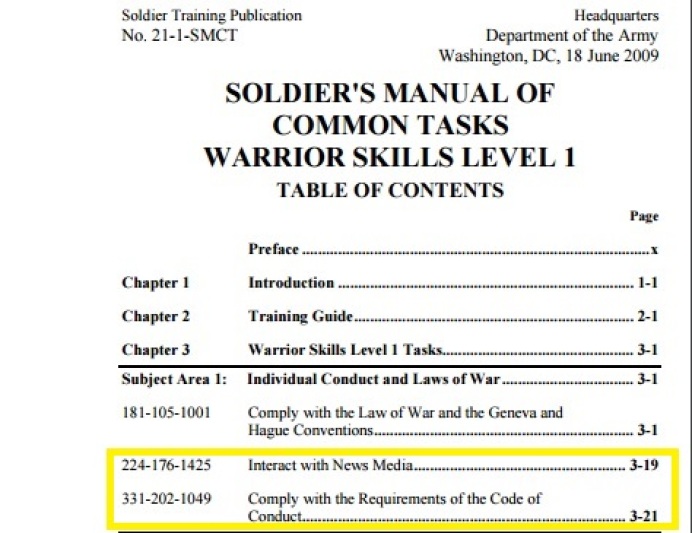 The Burns, Oregon debacle and others proved that interacting (or not) with media is an important skill. Code of Conduct is basic Ethics and Morality on the battlefield. 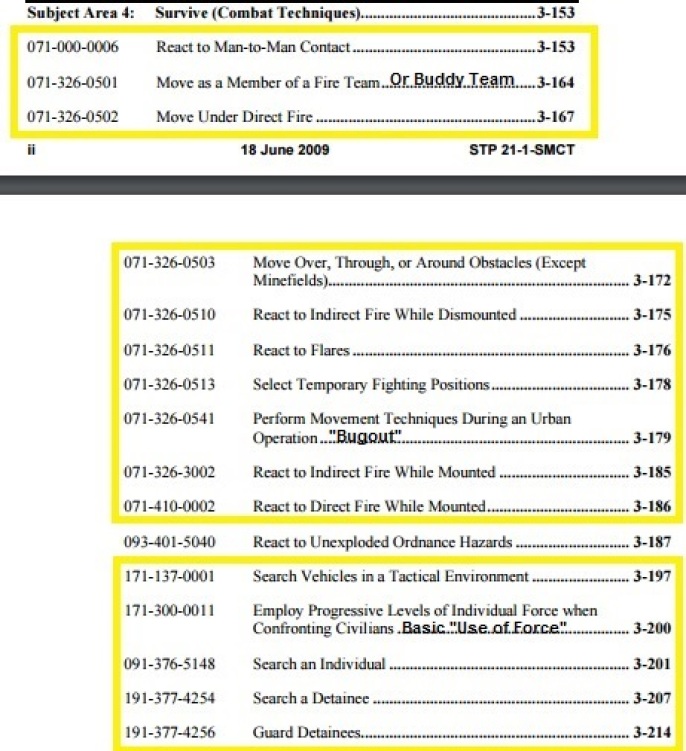 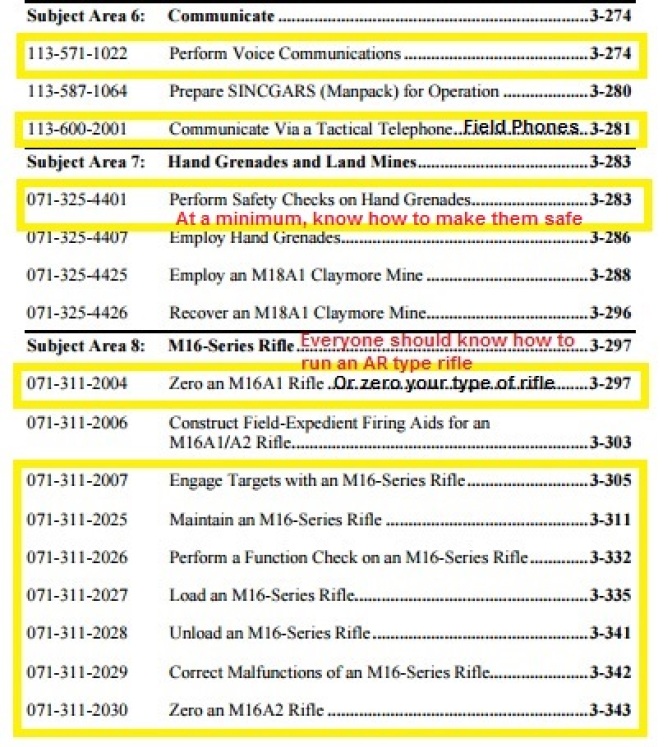 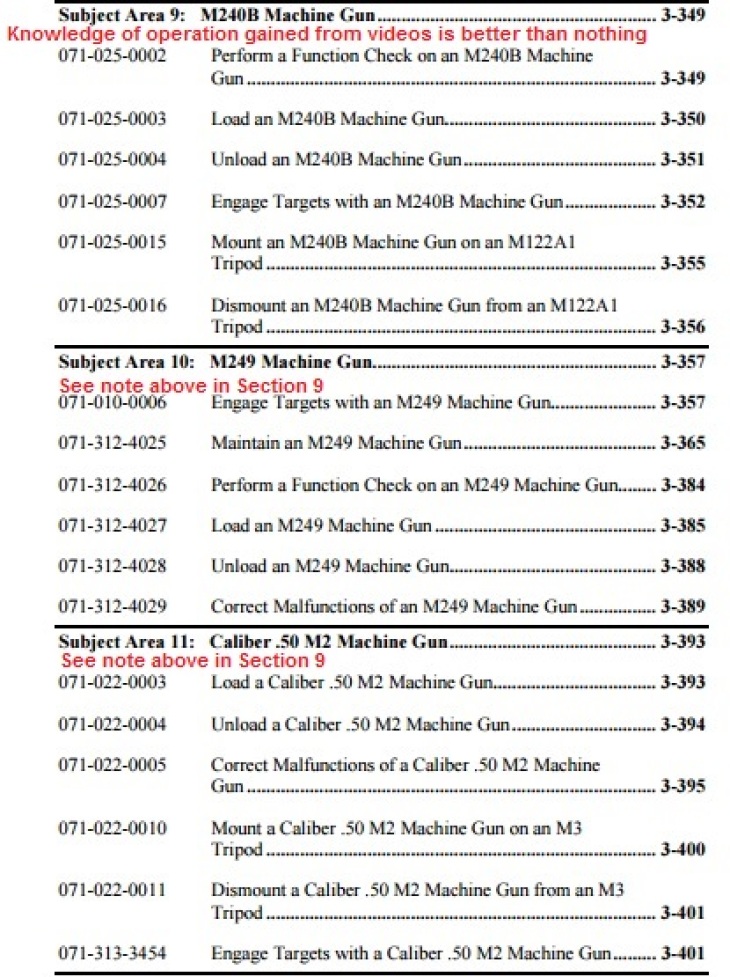 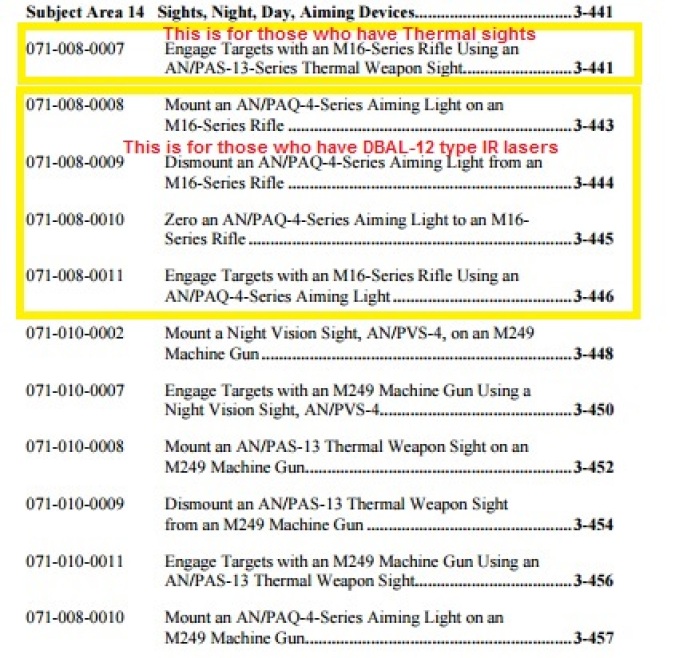 Here’s the link again if you missed it above. Most of these are the basic tasks a member of the US Army has to perform to pass “Common Tasks Testing” every year. Infantry personnel have to perform the CTT, then do their eval on their own MOS skillsets, which are related to your position/level in the Unit ( Level 1- Enlisted E1-E4, Level 2 E5/Team Leader, Level 3/E6 Squad Leader, Level 4 E7/Platoon Sgt) . If you can’t show proficiency in the common tasks of First Aid, Commo,  Land Nav, Movement as a Buddy Team and in a patrol, and proficient, accurate use of your primary weapon, when even a Dental Hygienist in the Army has to do it every year, how do you plan on functioning in an “Infantry” type role?

You have no one to blame but yourself if you’re not even a speed bump in the thugs movement to power. For God’s sake, at least be a Damned speed bump! You owe your family that much. Train and Prepare yourself Spiritually, Mentally and Physically, and get your logistics in order.

About the Author: Dodge JC