Over the past few months of the Covid-19 pandemic panic and Antifa/BLM communist insurrection in Democrat-run cities, we have become aware of a few interesting facts, such as that gun sales are breaking all-time records, and, anecdotally, that many thousands of Americans are “voting with their feet” by moving from liberal Democrat-run cities and states to more conservative areas of the country.

I’d long heard that you could tell where people are moving by comparing the cost of renting moving trucks for one-way trips. A quick internet search did not locate any recent articles on the subject, so I decided to do my own study, which took only a few minutes. Here are the results. You may plug in any pick-up and drop-off cities on the U-Haul website to find your own results. I did this on a Sunday afternoon, while opting to pick up my hypothetical vehicles on the next Wednesday.

I only looked at 26 foot U-haul trucks, described as adequate to move the contents of a 3 to 4 bedroom house. In other words, a family making a long-distance one-way relocation move. Presumably the disparity in rental costs reflects the cost to U-Haul of hiring paid drivers to return empty trucks to liberal Democrat-run cities and states that Americans are fleeing. If you want to drive a U-Haul truck from Florida to New York, you are saving them from paying a driver to make the same trip with an empty vehicle. Please note that the greatest rental cost disparity is between New York and Florida: it will cost you four times more to rent a truck south-bound than in the other direction.

To turn this discussion in a political direction, I don’t think that many New Yorkers who are uprooting their lives to move to Florida this summer are going to be voting for senile Joe Biden and his Antifa-BLM-Democrat handlers and teleprompter speech writers in November, but that is merely a surmise on my part.  No wonder Florida real estate prices are soaring, while New York prices are crashing. (Not to mention that once they reach Florida, thousands of them are purchasing their very first firearms, which is not usually a sign that people are turning in a more politically liberal direction.)

Nobody is moving from Idaho to Oregon, but they sure are going the other way! 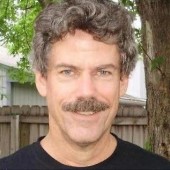 Some training and practice thoughts.