A Practical Approach To A Neighborhood Defense Plan by Noell Bishop 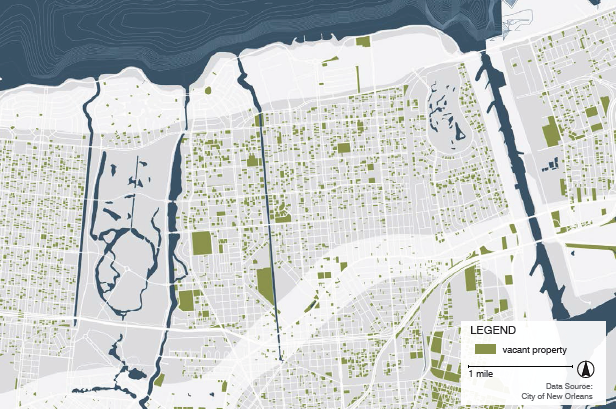 Before we dive into the subject of Neighborhood Defense, I thought I would share with you some of my experiences that lend to my thoughts on the matter. Although, I have actually studied the subject I have had some events that have been very beneficial to me on the subject.

In 2005, I was a DEA agent assigned to the Houston Field Division in Houston, Texas. Hurricane Katrina hit New Orleans that year. Myself and two other agents along with members of our air wing based out of Houston responded just after the hurricane had passed. What I saw and what I was told to do was somewhat over whelming to say the least. As a reservist, I had already participated in the 2003 invasion of Iraq and, to be honest, what I saw in New Orleans was worse because it was in the United States. Growing up, I had always heard it said that “no matter what, we Americans will stick together”. Well, I’m here to tell you that could not be farthest from the truth there in New Orleans. I’m not going to tell a bunch of war stories but lets just say I used more of my Army Special Forces training than law enforcement training. When developing a Neighborhood Defense plan, I kind of equate it to a guerrilla base when things get really bad out there. So for that, I draw from my days in training at the JFK Special Warfare Center and School attending the Special Forces Officer Qualification Course and the Unconditional Warfare phase, Guerrilla Base Operations, and my time at Robin Sage and other sources.

Lets start this by identifying what the possible threats are that would lend us to need a Neighborhood Defense plan. Keep in mind, one threat or one event can lead to other threats or events. With North Korea and Iran still in the nuclear game, I feel that an Electromagnetic Pulse (EMP) is one of the worst and very realistic threats we face. If that is the case then not only would every exposed electronic device and power grid not work, it is estimated that eventually the US would face 90% casualties. Before we would reach that 90% casualty mark, there would be extreme hunger which would lead to extreme violence. There would be roving bands of people taking and robbing what they need because they have not prepared for the event they have found themselves in. Sure, that is an extreme event but what if mother nature (tornado, hurricane, solar flare, etc.) provided an event that the power was out for a week or two in your neighborhood and the surrounding area. Don’t you think it prudent to provide some type of security when you have no security alarm for your house, 911 is not working and most of the police’s focus is on the city or town close to you? How do you do this? Well, watch the news, get a police scanner and log what area most of the calls for service are coming from. There is a lot of open source material out there to build an intel picture of your area. Once you identify what your threat or threats might be, that should shape your planning.

Obviously, you need to start planning before the event. In my opinion, you need to get your own house in order. You need to make sure you have food, water, weapons and your own internal planning. So, what does that look like? Well, if there is a catastrophic event, do you have a contingency plan to get your whole family back together? If you are at work, your spouse is shopping and your two kids are in two different schools. You must plan for having no communications and so your plan must address that fact. The military uses P.A.C.E. (Primary, Alternate, Contingency, and Emergency) for contingency planning for infiltration and exfiltration, and you can too. Basically, your plan should be 4 layers deep. Do you have a light weight bug out bag in your car which will allow you to trek to the school or schools to get your kids so you can walk home with in such an event?

Now that you have your own household squared away lets look at the neighborhood. You probably have a buddy, maybe two that think like you do. I’m working with my community watch commander to propose a neighborhood defense plan as a neighborhood emergency plan. People can participate to whatever level they want. Some people think that a full up plan where the neighborhood works as its own self sufficient group maybe too much for them to stomach today. That’s ok, once everything goes bad they will come running.

First, get the word out and see who is interested. Send the people in your neighborhood a one page questionnaire. This questionnaire will have name, address, phone number and a list of skills they may have which includes anything from medical, military, law enforcement, carpenter, gardener etc. There will be many people that say they do not have anything to contribute because they are not a cop or a soldier. Remember, not everyone has to be a steely eyed trigger puller. Most of your time will be taken up doing mundane everyday tasks like fixing things, for long term growing food and so on. Make everyone feel like they have a job.

After you decide who is going to participate in the group, start developing a chain of command with a leader and subordinates such as someone in charge of personnel, intelligence, operations, logistics and communications. Most subjects that come up will fall under those five categories. If you have a larger neighborhood chances are not all of the families will be near each other. You may actually make smaller clusters of houses that have their own perimeters. When making a perimeter, don’t make it between the houses participating in the defense plan. Make it out to the next houses so you have an engagement area away from the houses you are protecting. Now comes the challenge, how do you plan a perimeter with the families that don’t want to participate. Don’t really worry about it. Your perimeter would only be established if the conditions were really bad. At that point they would either be with you or leave. Once you have determined your perimeter measure the footage of how much barbed wire you need to have multi-strands of it between houses and plan on metal “T” poles and any other barrier material you think you might need. Once you have the barrier material keep it stored in garages. I would not use things like vehicles for a perimeter, or a controlled entry point because if the enemy gets behind them they can shoot at you all day long. Use barrier material that the enemy cannot take cover behind. As you build your perimeter you will need to establish sectors of fire that interlock. You will also need to, if the houses and landscape facilitate it, establish primary, alternate and secondary positions. If the situation is bad, then families outside the perimeter may need to move into homes within the perimeter. A manned Controlled Entry Point (CEP) needs to be established. The perimeter needs to have one way in and one way out. The CEP needs to have a way to slow down vehicles that may be still operational, like a serpentine type method. Vehicles and individuals would all have to go through the CEP and checked by security.

Within the perimeter you need to establish a headquarters (HQ). That HQ should have maps posted of the area, and it would be a good idea to make a terrain model of your Area of Operation (AO). Within the HQ you should have a room or an area that is dedicated for your intelligence sorting. The intelligence cell would be responsible for the planning requirements and direction, collection, analysis and processing, production and dissemination of the intelligence. To do this right takes a lotThe HQ should also have a place to meet, give briefings and to debrief foot patrols that come back from patrol. They have the ability to talk to the intelligence personnel and point out on maps what they find, because the intelligence cell is right there,

Communications is key. The only way for communications equipment to have survived the worst imaginable catastrophe, an EMP, is to have them in a Faraday cage or box prior to the event to eliminate the circuits being destroyed. You will find that communications between the HQ, LP/OPs, foot patrols, CEP etc. will be vital for long term survival. Also needed, is a source to generate power for the batteries. This power can come from solar panels protected from the EMP or a small generator also protected.

Within the perimeter, a cooking facility needs to be established. Yes, a place to cook, store and eat food. This brings up logistics. How will the neighborhood produce food for long term sustainment? Neighbors that know how to garden or have farming experience will excel here. Can the neighborhood support livestock of some sort for food? Besides clothing, one very important thing that needs to be addressed is footwear. In the book, Guerrilla Warfare by Che Guevara on page 69, he states:

“The vital necessities of guerrillas are to maintain their arms in good condition to capture ammunition and, above everything else, to have adequate shoes. The first manufacturing efforts should therefore be directed toward these objectives. Shoe factories can initially be cobbler installations that replace half-soles on old shoes, expanding afterwards into a series of organized factories with good average daily production of shoes.”

Yea, I know, guerrillas, you may not regard yourself as guerrillas, but that is kind of what you are going to be.

The neighborhood needs to decide on decision points that would make or create different levels of responses from the neighborhood. Here are some examples:

Before any event, whether it is power outage from a tornado or a full scale EMP attack, your neighborhood needs to have a plan. I have addressed what I think are the main issues in this article but there are so many that it can be overwhelming if you don’t start planning now.