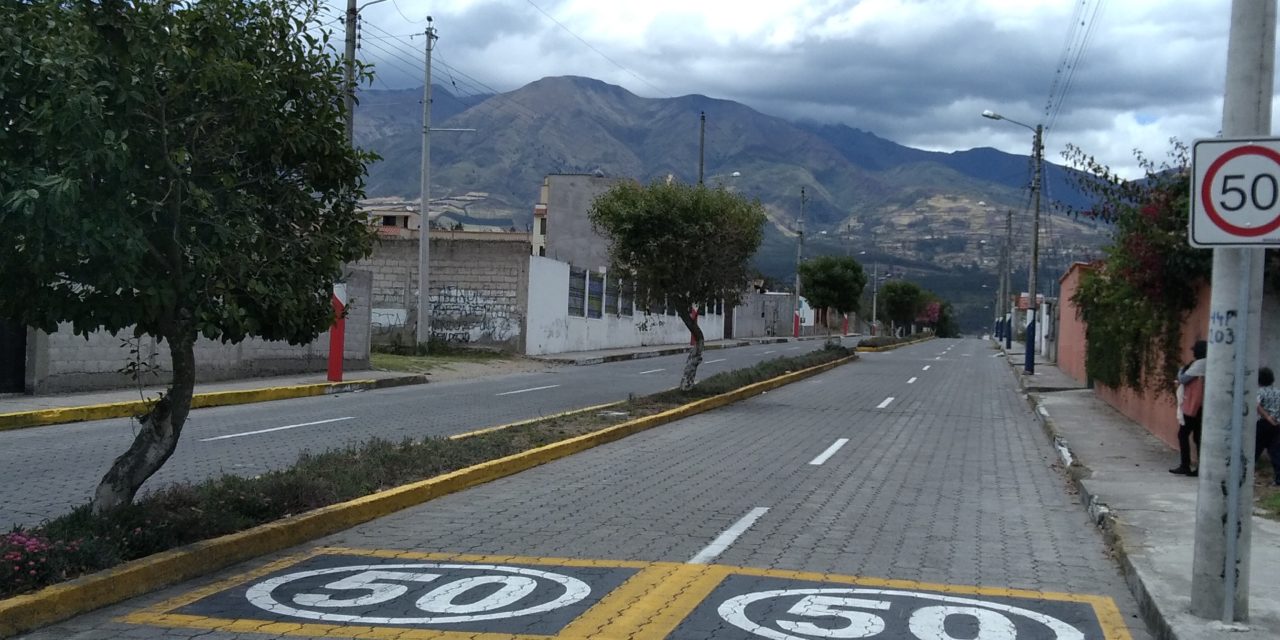 Despite the near complete media blackout, there’s a real SHTF situation brewing in Ecuador. One of our American Partisan readers is on the ground and providing first hand accounts of what’s going on. I’ve been helping him get their local Red Cross communications up to speed, suffering from severe neglect amid more convenient and simple methods such as satellites and cell phones- both of which relying on local infrastructure. And now, here they are, facing a grid-down situation and not being ready.

Good morning. I see  where my reports from yesterday are on the internet on American Partisan. I consider that you used this a very great compliment and many thanks……. I many years ago used to do news so if you want any specific information tell me and I will try to fetch it. Dont have a mule so cant get very far from here but am happy to give you a feed.
Friday morning….. pieces fall out from the chaos yesterday.  Weirdness abounds.   Guayaquil’s report on TV Amazonas earlier shows traffic in some parts of that city moving as normal…they are saying  there are about 200 people in custody for vandalism,  most in  Guayaquil. I have seen no reports  from  Quito this morning but will post that as I find out. Closer to us in Ibarra, about 45 minutes away, 19 arrested, 8 police injured in an attack on the government headquarters.  Competing network, Ecuavisa
https://www.ecuavisa.com/
reporting that public transportation -the system is called The Ecovia….in some parts of Guayaquil, is running today. More highway shots fro that city show  traffic moving on major arteries……
Nothing on the web about Quito at this point, traffic, security forces nothing I have found so far.  Shops and ATM’s vandalized yesterday in lots of places.  Ecuavisa  reports more or less 300 in jail nationwide.  Another lesson here. News media appear to report very different things in a civil disorder case like this so what’s actionable?  Would be great to have comms people in these places  using –in this case, some of the NVIS antennas you recommend on HF to give  decent intel on what exists.
Phones, internet, power, water normal here. No word on whether the airport in Quito has resumed operation.With the lack of news about Quito maybe it doesnt exist any longer………
God Bless & 73
More in a bit

Brief update. Sparse reports from Quito  indicate public transport and highways  in some sectors open parts of the Ecovia  running. South Quito large groups of taxis block roads in various places, while  it appears in the Central and North parts of the city,transport  is functioning to some extent.
No reports of civil disorder I have found so far today. 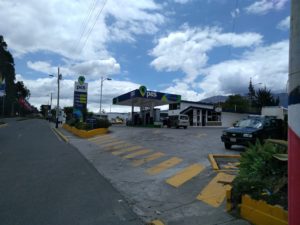 May have to make a spark gap radio…….
Out this morning. Lots of rumors everywhere.  Stopṕed by the only gas station here. They are done as of today, tanks dry.  No more gasoline even for the locals running around the immediate area.
Blockade continues.  Locally, the road from our town to the Pan American is blockaded photo 2 of just before the blockade location,. Didnt go down there things are a little tense.  The Pan American is blocked where our road joins it, and both north and south of that location,  in many places. 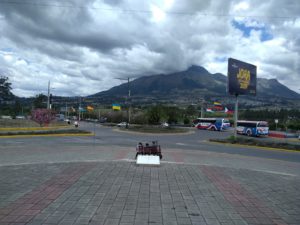 Main highway into our  town speaks for itself.

Part of the public market is open as of a couple of hours ago but less than yesterday.  Meat, fruit, vegetables  in some of them but not much and  half the stalls closed. No chicken anywhere. Still staples and from my conversations there a few more locals are  thinking they might lay in a supply but NOT very many…..Fruit vendor says if they cant get supplied tomorrow they are closed. Girl at the butcher said they have a cow locally that they will slaughter and try to keep going. Butcher in the next stall was closing, they are supplied from  beyond the blockade and they were done for the duration.
The small super market here says they arent sure how long they will stay open, they are resupplied from Quito. Their best guess possibly through Sunday.
Infrastructure attacks have started. One of the 3 cellular services  here is down today. With the blockade there isnt any way to get service trucks to their towers to fix the problem. In Ambato a town south of here about 100 miles, another attack—From Ecuavisa
—————————-
October 4, 2019, 2:10 pm
The Ecuavisa signal in Ambato is out of the air because dozens of indigenous protesters mobilized to Pilisurco Hill to force the antennae of the channel’s repeater. This is the transmission equipment, located on that hill in the canton of Ambato, in the province of Tungurahua.
Sector reports indicate that other media and radios were forced to suspend their broadcasts in Ambato, Latacunga and its surroundings.
The president of the Indigenous Movement of Evangelicals of Tungurahua, Antonio Chachipanta, said that they will return the signal from the media, but asks the National Government “an immediate response to not cause more problems.”
Indigenous and union organizations had already announced that they were going to protest against Moreno’s economic policy, in power since 2017.

# ATTENTION Strong resistance from the affiliated communities of the Tungurahua Indigenous Movement, MIT, and citizenship in Tungurahua, the city of Ambato united against the #Paquetazo and neoliberal policies that affect the people. #LaLuchaVaPorqueVa pic.twitter.com/M4UF00wlbl

This is in my opinion one of the strongest cases to be made in any type of civil disorder  or disaster scenario, for a group to have a robust comms network as an integral part of preps. Many dont think about infrastructure attacks between opposing parties to silence the opposition voice or create hardships.  We have a comms location on one flank of Cotacachi  volcano here (where the Red Cross non functional repeater is)  fenced and protected by a couple of army personnel in a booth at the entrance.  Vulnerable to  attack, remote and no quick reinforcement. From  my understanding in addition to the Red Cross repeater, there are fire, police and other civilian network comms located there as well as microwave relay for many of the cellular systems, some phone service radio hops &c. ( we do a LOT here on surface microwave).  Lots of eggs in that basket and lots of services silenced with an attack.

Talked to a  Sergeant on the police force and his partner during the outing (.40 Glocks, tasers, gas cannisters, both on motor cycles with handheld radios looked like Motorolas). Said that they dont have any feel for how long this will continue but their concern is the increasing polarization between the pro and anti president factions. He said pretty much if a concerted effort was mounted in Quito to oust Moreno, there wasnt much thery were going to be able to do to guarantee any type of civil order.
So from what I can gather things are pretty much closed down. I am told demonstrations continue in Quito and most other cities including in our area in Ibarra and Otovalo.  The government building  in Ibarra was pretty much trashed  late yesterday, people made an effort to fire it but were unsuccessful apparently. No inter city travel by bus or private auto. Red Cross ambulances were attacked by protesters yesterday in Quito, so not much respect for emergency services.  As local food stuffs run out without re supply, then attacks on shop keepers are going to increase. The armed forces are reportedly in a higher state of mobilization part of this evident from news shots of Quito. Reportedly  army units were in Ibarra yesterday but did nothing against the attackers of the government building there.
Toasty, no?
Regards, 73 & God Bless 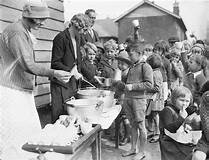 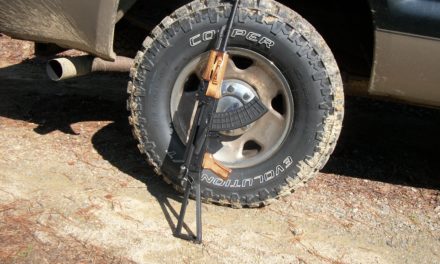 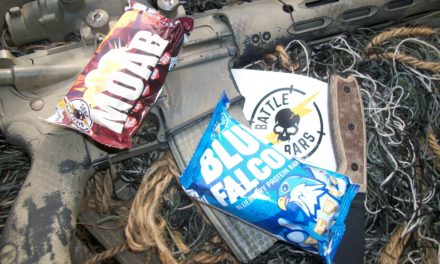 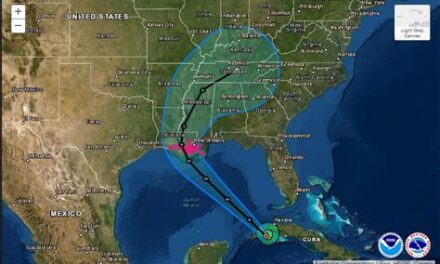