Here is an end of the week update on the three phases of the Wuhan Virus.

As predicted in early February the Wuhan Virus was going to be primarily an economic event. Gold will rise and fall and rise again while folks panic and investors make money off their panic. Heck, spot gold today is at $1,521- an ounce. This past Tuesday it was $1,676- an ounce. The stock market is going through a long overdue correction. Up at the time of this writing +1,985 points. Oil continues to plummet which will give all consumers a break at the petrol pump and heating oil & gas (The smart homeowners will buy 2020-21 heating oil & gas in the next 2-weeks or so), et cetera. Oil is down to $32- a barrel ~$10- less than this past Tuesday. This will start to creep up when China gets back to work, and the Saudi’s and Russians end their feud.

A fun fact that happened Thursday night of this week. The Federal Reserve issued a $500+Billion Dollar REPO to the nations biggest banks. In comparison looking at 2009, the Fed loaned Bears Sterns $50Billion. No wonder the stock market is up today going into the weekend with the market closed for two days.

Lay-offs have already started near my AO and will continue till the Chinese factories get back online plus the time it takes to get the product to market. In essence, we are currently in an unofficial recession that will last most likely till the end of May.

This is not a popular point however I am not afraid to jump into the deep end of the pond with a full ruck on and say, the sooner our political, sports, and community leaders stop trying to be relevant by screaming that the sky is falling…The sky is falling the quicker this short recession will end. Think about that folks.

First, I call this the Wuhan Virus not the COVID-19 because the Chinese propagation machine does not like it when we report the truth. As of this writing in the USofA there are 1,629 cases in 47-states with 41 deaths so far. Remember 26 of those deaths were in a nursing home located in Kirkland Washington. Again, I predicted that this was going to be an economic event not a sickness event. Heck looking at the H1N1 2009 pandemic there was 3,642 confirmed deaths in North America. I was around then, and I do not remember the hype that we are seeing today. 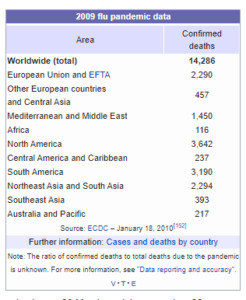 Our leaders are succumbing to pedaling fear. Fear feeds on fear just as positive feeds on positive. Why are they choosing fear rather than positive vibes to spread among the public?

I have seen pictures of grocery store shelves absolutely desolated due to the fear already outlined. Will a class of folks emerge that either do not have the money to buy extra supplies, missed out on buying extra supplies for what ever reason, or eventually run out of supplies between now and when the shelves are replenished. I wonder what those people will do. Is a looting mob in our urban communities future? How about smaller groups going door to door in the suburbs. Rural folks are even more susceptible to violence especially with neighbors located far apart. With the social phase of the Wuhan Virus coming next, who will help these events to move forward?

Now let’s look at what will happen when we can all see the light at the end of the tunnel. Product starts to hit the shelves, the stock market, precious metals and crude oil stops its Tourette gyrations, and folks that received a short vacation paid for by Uncle through unemployment payments, returns to work. Do you think that life will return to normal? Hardly.

It is obvious to me and others that the DNC is using this crisis in their next step to dethrone Mr. Trump. To review; Russia collusion failed. The Mueller report failed. The impeachment show failed. Now it is “let’s blame Trump for the Wuhan Virus”. The Democrat party is up the proverbial creek without a paddle going into the November elections. Mr. Biden is a man in the foothills of dementia. The DNC should be embarrassed pushing him to run. Mr. Sanders is being pushed out by the DNC and we all know that the Bernie Bro’s AKA Bernie’s Brownshirts will continue to execute on their war plans as shown to the world thanks to Project Veritas and James O’Keefe. 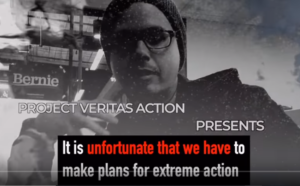 I foresee that as a country we are at a fork in the road in our history. The Fifth Column will help to nudge it down one of these roads. The Fifth Column is made up of; Bernie’s Brownshirts, the mainstream media, community organizers, Antifa, and cells of folks that have come here from South America and are financed by China, Russia, and Soros types. Look at Central and South American countries below. Why so few cases of the Wuhan Virus there? 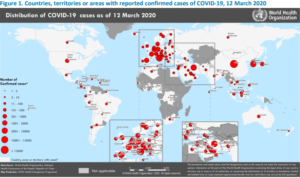 Then of course which has been reported here at AP often, why are there AK-103 plants in South America? Maybe to outfit an army that will march north along the Central and South America land bridge to the USofA.  Why do the Russians have a renewed interest in Cuba? Intelligence gathering maybe. Looking at Cuba, what a great spot for a TOC (Tactical Control Center)?

I see the months leading up to the November Presidential election getting rather frosty folks due to internal and external forces.

Take a minute to read NC Scouts From The Last Chapter of “Spetsnaz”  to understand how things could play out.

Well there you have it. The economy is going to suck until things turn around probably by the end of May – Beginning of June. The Wuhan Virus is going to come, give a bunch of folks a head cold and unfortunately kill a few older folks with underlining conditions. Then burn itself out as all viruses and flu’s do by mid spring. Heck, thanks to the Wuhan Virus I predict that the deaths of all flu and virus related deaths in 2019-20 will be down in the USofA compared to previous years. Folks are heeding advise, washing their hands and reducing their exposure to other humans. Then as things warm up the economy rebounds and the virus dies, the social nasties will begin and escalate.

Stay tuned folks for the next exciting episode.

Freedom Through Self Reliance®