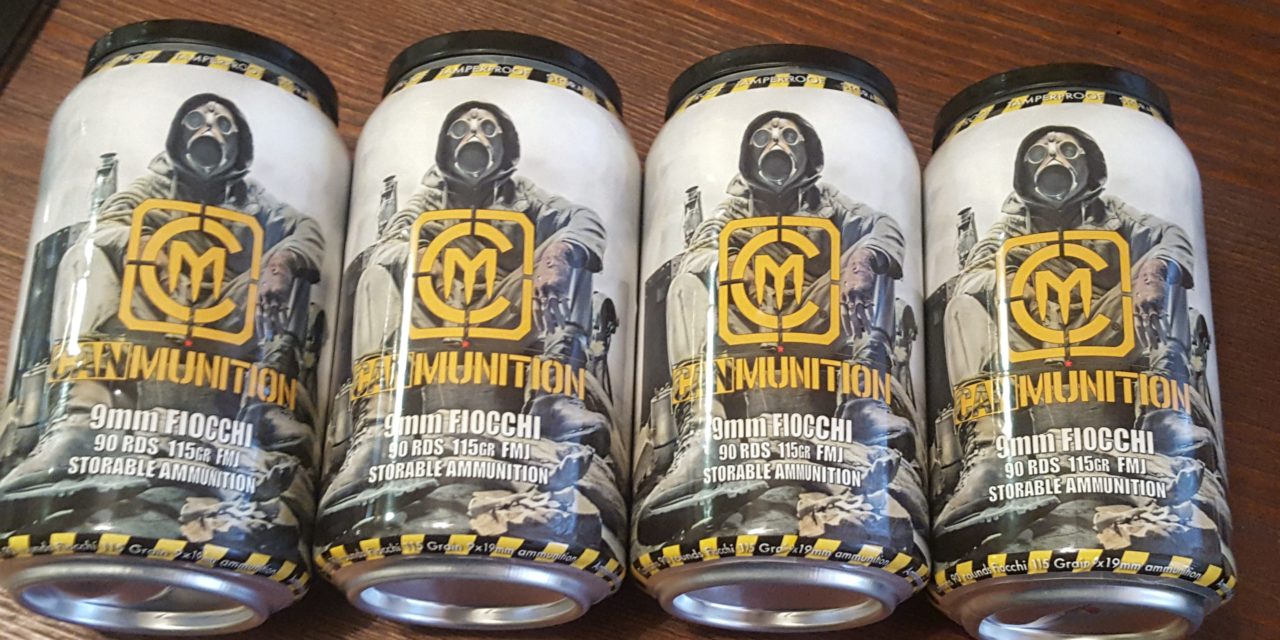 I can’t believe it has been a year since I first buried the Canmunition caches, but indeed it has. I had to dig the cache up for two reasons: 1) because it had been a year, but more importantly 2) I was moving to a new location. The cans were originally buried on May 22nd 2019 and the first cans were removed for inspection on December 2nd, with a lone can being reburied for another six months. To quote the previous article:

According to the “About” section on the website, Canmunition provides a completely sealed, waterproof, lightproof, oxygen-free environment to keep the moisture out and your ammo in tip-top shape until you’re ready to use it, even if that is decades from now”. The can is approximately 3 inches in diameter and 6 inches high

I went ahead and ordered four cans of the 9mm ammo to test at $24.95 a pop (yes, I did not receive these for free – I bought them out of pocket to ensure no bias). I decided I would test it in three different ways:

There were a few tweaks after the article was written. For starters, the shed outside was not getting as mhot as I wanted for the test. As a result, the shed can was moved to the attic. Also, as mentioned at the bottom of the article, another can was purchased and placed into the freezer. Now that it has been six months, let’s review each one! This first part is only going to be on the status of the can and the ammo. The next article will be about testing firing all of the rounds from the cans to test for failures.

Let’s take a look at how the can fared after an additional six months underground. 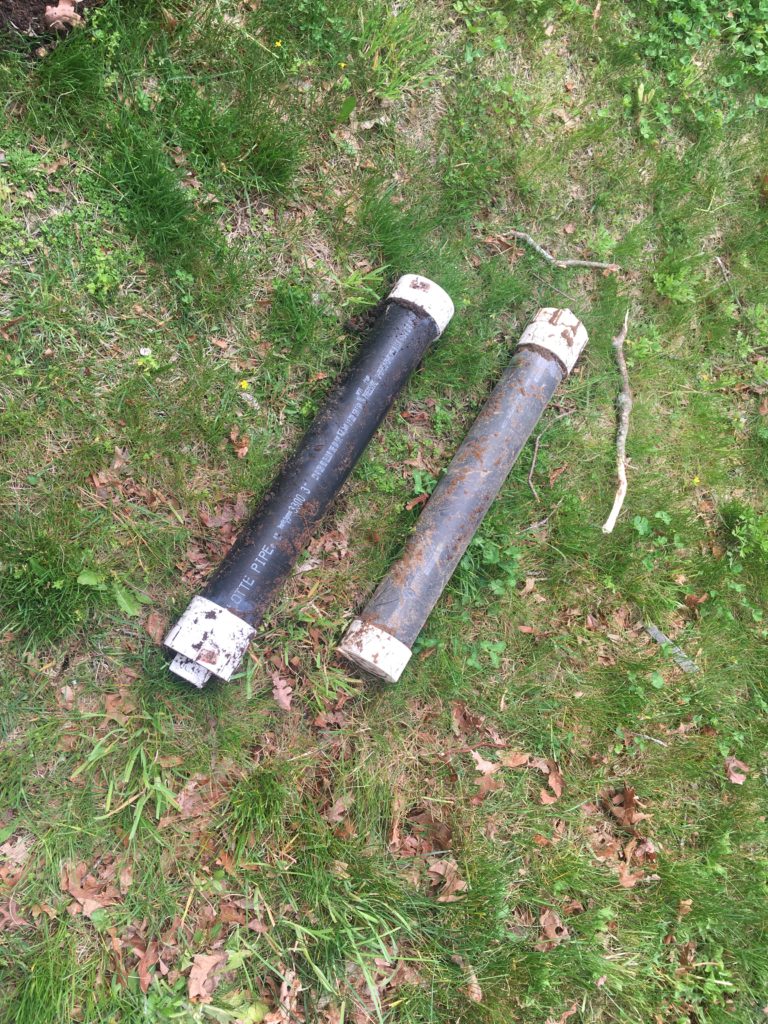 The second cache contains a Baofeng radio that was buried for a year, which will be discussed in another article.

When I opened the tube and dumped out the contents, I was very disappointed. This is what I found: 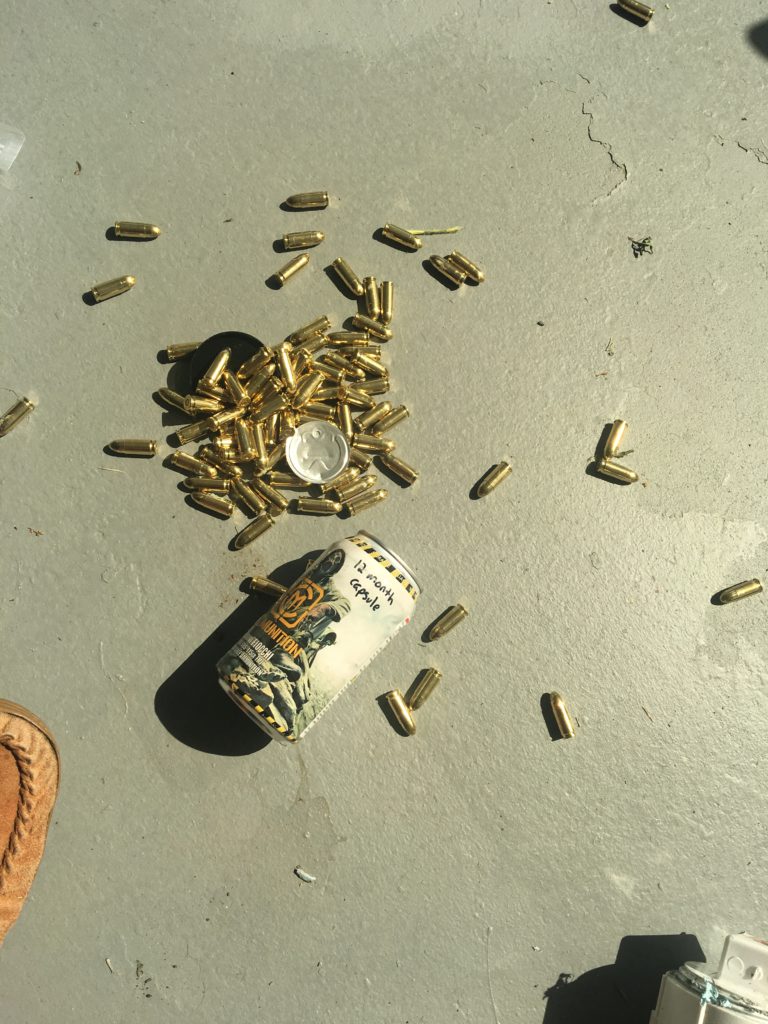 The ammunition were loose because the pop top had completely came off the can. The black lid is supposed to remove without breaking the seal as it protects the pop top. The metal lid, however, should not have come off. The bottom of the can was also bulging, and unlike the 6 month can, the bottom was NOT bulged before being buried. 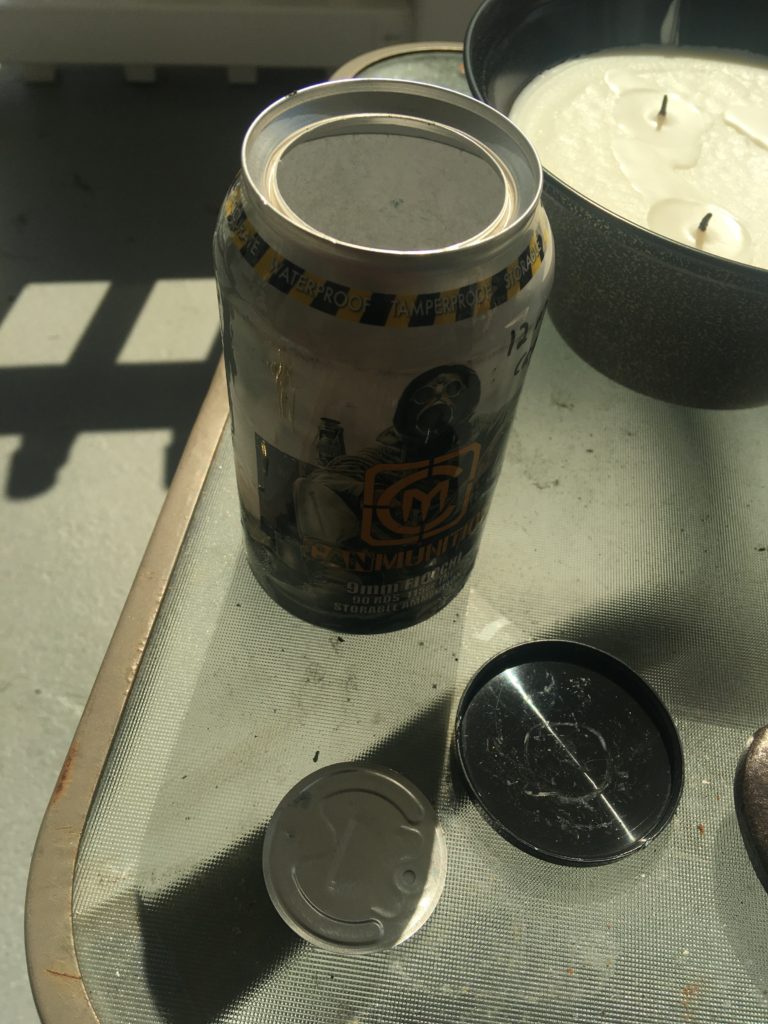 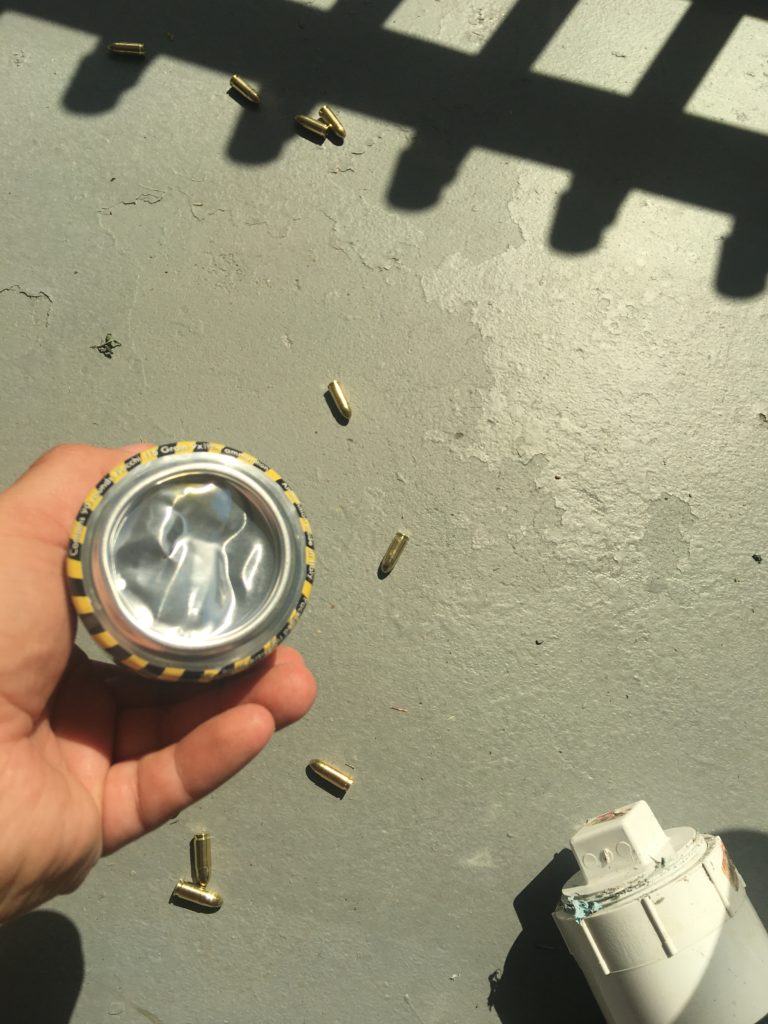 The ammunition seemed to have some type of scuff marks on them. I don’t really know what it is, but I don’t like it. 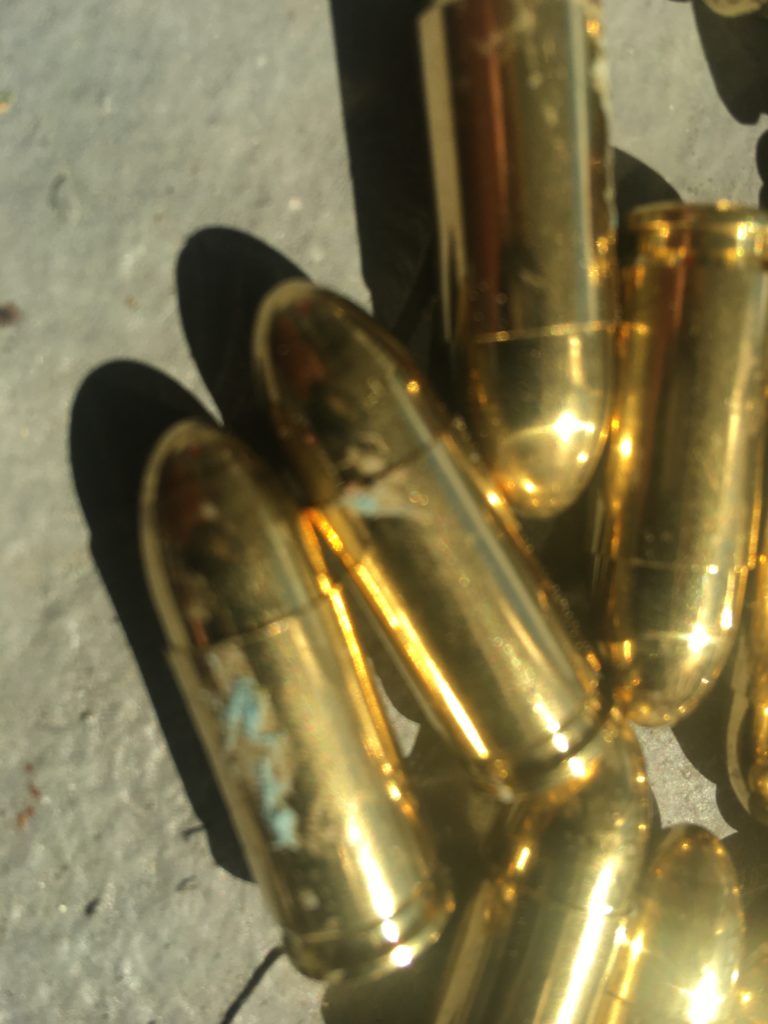 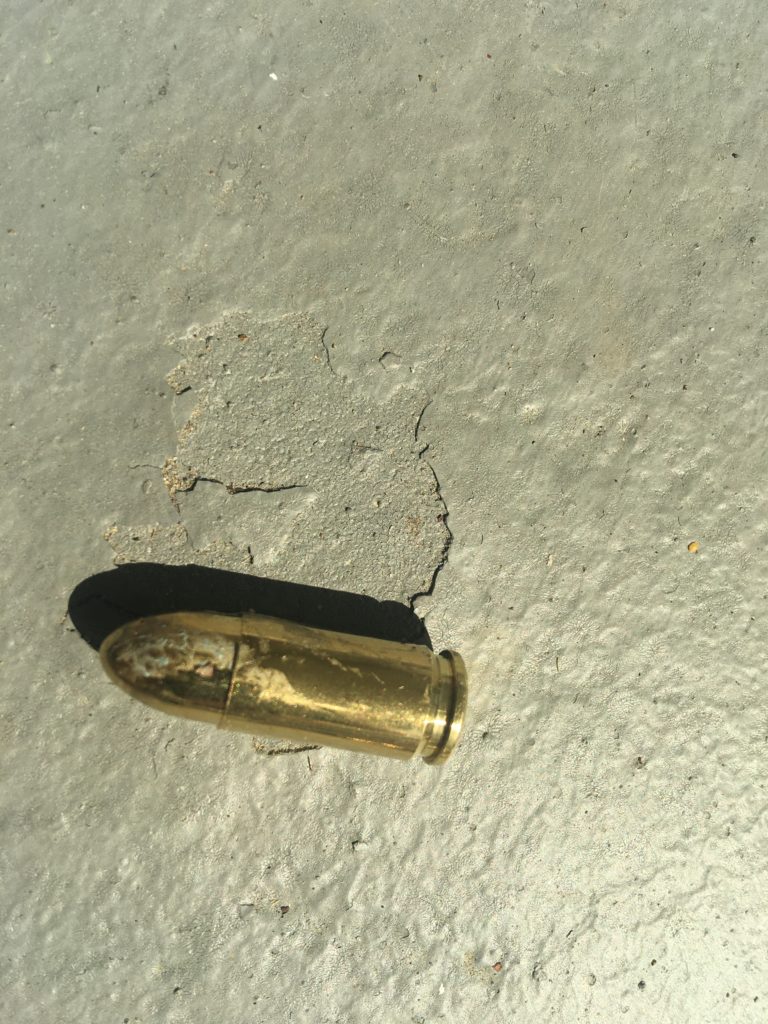 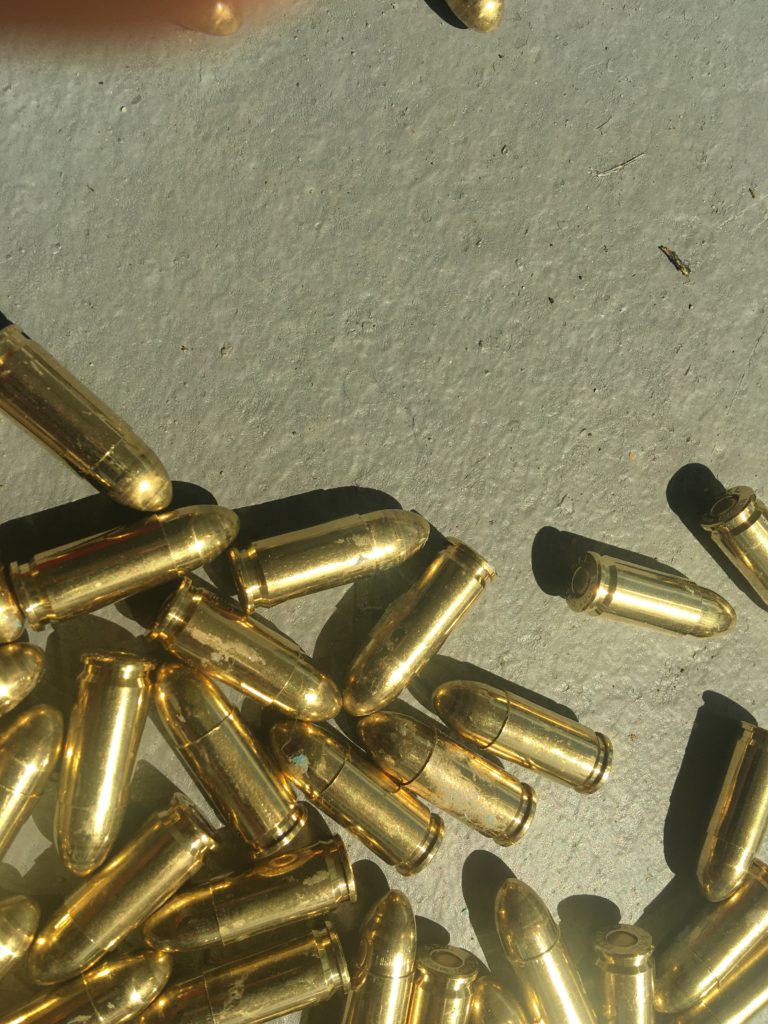 The next step will be to test fire the ammunition. I hope to get to the range in the next two weeks or so to run the ammo and test for failures. In the previous test, all 360 rounds went bang. But, then again, the seal on only one of the cans was broken then, and even in that instance the lid was almost entirely attached, not completely detached. Despite the fact that the bullets may go bang, I do have concerns about potentially staking my life on a product whose can seal may break or open entirely in a cache. We shall see what the test fire holds. 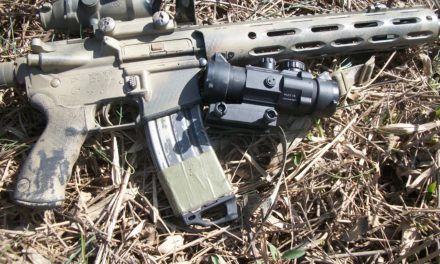 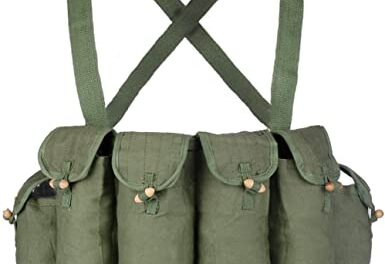 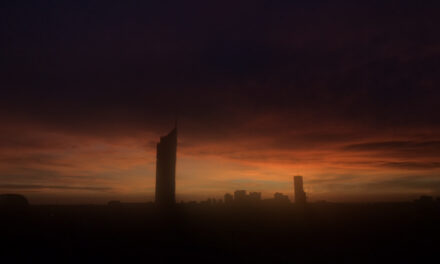