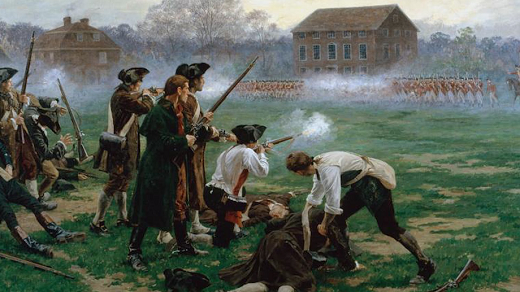 One night early this past winter found me sitting around a campfire with NC Scout, Jesse James, Patriotman, and Matt Bracken sipping a unmemorable Merlot except for the company. There was a lull in the conversation, so I asked Bracken, “How do you come up with the story line for your novels, short stories, and articles?” He responded with,

“I think up the most unbelievable scenario or series of scenarios and start there.”

It is amazing how many things Bracken has written about that have come to fruition. I suspect many more will in the near future.

In the spirit of Bracken’s imagination, I am going to put down here an outrageous prediction for the readers here at American Partisan to ponder, pick apart, or raise up the flagpole.

In the end, it really does not matter who is elected to be President. The result will be the same – The United States will cease to exist in its present form by the end of 2021. The only thing that will change between a Trump or Biden win will be the pace of the decline.

This is because of The Great Reset (TGR) being planned for 2021 and subsequent years into the future. If you have not heard about TGR, then read their Vision Statement below, outlined by Adrian Monck, Public Engagement official for World Economic Forum (WEF),

Some of the readership here at American Partisan may know this by its former name, Agenda 21.

The major challenge to the success of TGR is the United States – especially with Trump at the helm; less so with Biden as he will be controlled by his handlers in the background (handlers that have taken positions in the government, political and military over several decades). Regardless, taking the head off the snake will not be easy because of you, the average American citizen that does not tolerate being told what to do. So, how do they take you out of the equation? It starts with insurrection in the streets, followed by the collapsing of our economy. Then, the totalitarian hierarchies will control the populous, the great unwashed masses, with food.

Russia did it to the Ukrainians in 1932-33. It was called the holodom, or, in English, kill by starvation. Mao did it between 1959-62 and is known as The Great Famine. Other Marxist leaders have done likewise. My point being, this is how the New World Order – or now called the WEF – is going to accomplish the goal outlined above in their Vision Statement.

As we roll up to the November election, social unrest will continue with an increase in specific locations around the United States. Social unrest will be the usual rioting and looting, with some new twists like attacking police and outspoken conservatives – with more than rocks, ball bearings, and fireworks – in the streets and at their homes. Think of months of Kristallnacht versus what transpired in Germany over several days.

Then the big day comes, and Trump wins the 2020 Presidential election. Trump’s win is larger than people were led to believe by the Mainstream Media and so there is an outcry that the election was rigged. Biden and his handlers will not concede the election and the cry from BurnLootMurder and other buyamob.com folks will be “tilt, tilt, tilt.” I can hear the rattle of AR-15’s and Remington 700’s as I type.

Within days after the election strategically placed operatives around the country snap into action. Riots start in Progressively controlled cities to the likes we have never seen. The rioting overflows into suburbia and rioters are shot as people protect their businesses and homes. This action allows the full wrath of the left to start using the guns they now own against anybody who tries to stop them.

During this time, we see attacks on police stations and even National Guard installations around the country. This operation is a way to acquire more and heavier weaponry as well as to destabilize government control.

Looking at the business end at this time, the stock market tumbles, gold and silver go through the roof, if you can buy it at all. The power grid starts to be attacked. This is a powerful tool to control people, especially in the winter months. It is tough to heat a home, let alone cook, with no electricity for much of the population.

The US Great Famine begins.

With the calamity going on around the United States, the government is unable to pay the interest on the loans they have due mostly to diminishing tax revenue. China $1.25T, Japan $1.13T, and yes, our ourselves $12.9T which is made up of Social Security, several government retirement agencies, and the Federal Reserve. Since we cannot make the interest payments, several countries, especially ones already controlled by the WEF, sell their Treasury Bonds at a loss, which causes the petrol dollar to collapse.

The United States has several options. 1) Break into the countries gold reserves and start to slowly pay back the monies we owe; 2) Print more paper money; 3) Sell-off resources owned by the government to nations we owe money to (remember, the government owns 28% of the land in the United States, approximately $2.27 billion acres); 4) Start a war; 5) Do nothing (although this choice risks attack from opportunistic countries).

With the country now fighting among themselves for position and food, while the government sends out worthless checks – whether they be for social security, unemployment or other reasons – the folks in the ‘woke military’ that have been slowly filling the ranks of the officer corps accept an invitation for help from the WEF. Then, the blue helmeted soldiers start to disembark from ships in our busiest harbors on all three coasts – East, Gulf and West.

The Blue Helmets will join forces with our woke military and voila! The United States will cease to exist as we know it today. A land full of rich resources, ample deep harbors, and hungry people who are willing to do anything that the new regime asks them to do.

Think this is crazy?  I invite you to just look at the political induced famines of the past. 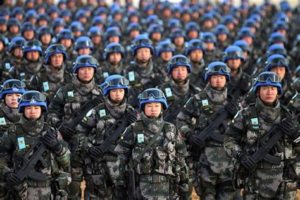 Biden wins the Presidential election. Things calm down for a period until he is sworn into office on January 20, 2021. Not unlike when Barack Obama walked into the White House in 2009, Biden will have a Democrat House and Senate plus the fourth estate behind him.

By Memorial Day 2021 draconian legislation will have become law. Mandatory CCP Virus inoculations, mandatory CCP restrictions such as mask wearing, socializing, travel between states, to name some. How will the Biden government implement the new laws you ask? By controlling the food supply? Other methods?

Small armed resistance will spring up here and there, which will give reason enough to pass new gun laws and, of course, confiscation. This will result in an escalation of armed attacks on police officers carrying out gun confiscations and CCP Virus mandates.

Non-Commission Officers will for the most part flee from the armed services, followed by their subordinates. This will leave the wok officer corps holding the proverbial bag.

With the trigger pullers and food in the red parts of the United States, Biden will have no choice but to ask his WEF handlers for help.

The Conclusion? It does not matter who wins the Presidency. The blue helmeted men and women will be coming here regardless. The question is – Do you want to fight them on your terms or theirs? 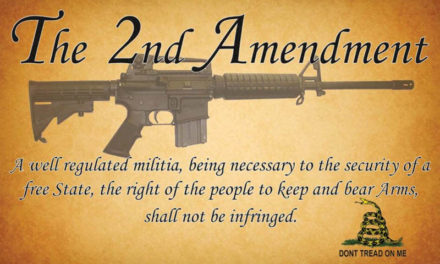 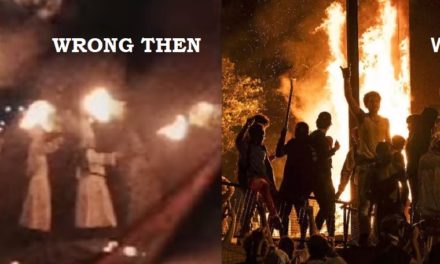 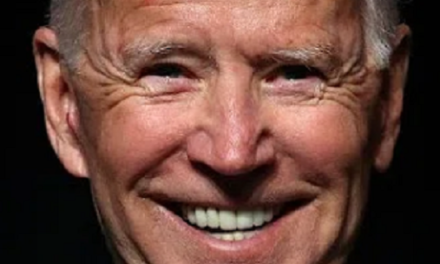