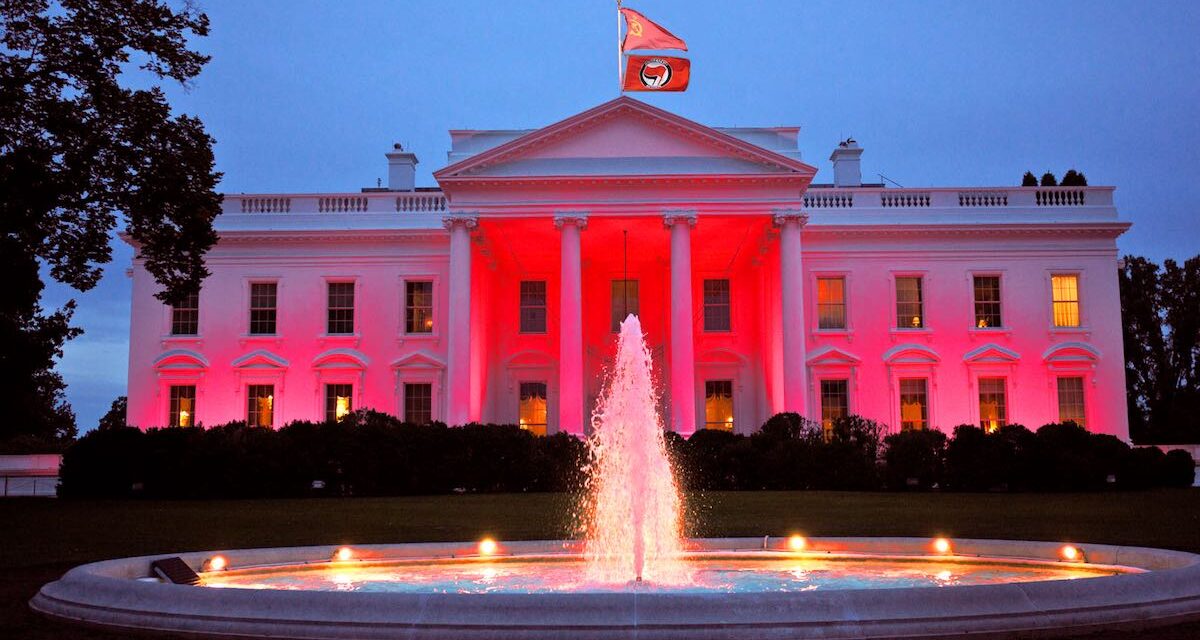 Jan. 21 (UPI) — The White House announced today that the national purge of Trump supporters, the largest deprogramming effort in history, is nearing completion.

“This is our time to come together as one country,” a visibly moved President Harris said to cheering troops ordered to gather below the White House’s Truman Balcony. “We are nearing victory in this uncivil war that pitted red against blue. If President Biden were alive today, he would welcome this end to division. Tolerance can never tolerate intolerance.”

In a historic effort surpassing post-Civil War Reconstruction, Harris said, millions of domestic terrorists have been identified and remediated. Many have been outfitted with ankle bracelets and quarantined at home until successfully deradicalized though online reeducation and daily testing sessions overseen by Stacey Abrams. More extreme Trumpists have been relocated to temporary facilities established by the Federal Emergency Management Agency.

“In the past year, we have done much work for the happiness of the people and for international peace,” Harris said, according to a transcript of her remarks. “I hope that in the coming year we will be able to accomplish even more.”

The U.S.’s political cleansing began with an executive order creating the Anti-Domestic Terrorist Task Force. Harris appointed as Task Force head James Comey, who presciently warned during the January 2021 inauguration that the GOP needs “to be burned down or changed.”

“The country needed to find a way to heal itself, and [President Harris] needed the opportunity to lead and heal us–both literally and spiritually,” Comey told NBC News.

It was John Brennan, the former CIA director, who personally persuaded Harris to turn America’s massive electronic surveillance apparatus inward. Eavesdropping technology and a Utah data center built to identify foreign enemies such as Al Qaeda was, in our time of national crisis, turned inward on domestic enemies. The National Security Agency moved in a “laser-like fashion to try to uncover as much as they can about” the pro-Trump insurgency that harbored “religious extremists, authoritarians, fascists, bigots, racists, nativists, even libertarians,” Brennan told MSNBC.

Under the leadership of Comey and Brennan, pro-Trump terroristic insurgents in the military were identified by analyzing their email, phone calls, web browsing, and social network posts. The FBI and the U.S. Army Criminal Investigation Command began cross-referencing those records with NRA and Gasden flags immediately after the January 6 insurrection.

“We regret the loss of life, but justice must be carried out against traitors to our Constitution,” Harris said at the time, referring to the firing squads. In an ironic twist, the Trump administration in November 2020 approved executions using “nitrogen hypoxia, electrocution, or firing squad.”

The most complete snapshot of America’s home-grown radicalism had emerged from records voluntarily provided by Google, Twitter, and Facebook. Search histories, social media “likes” and “retweets,” combined with direct messages and e-mails, amounted to a wealth of information. In addition, FBI agents had seized servers used by Gab, Parler, BitChute, Rumble, Minds, Telegram, and other platforms frequented by insurrectionists and Q conspiracy theorists.

At the start of this historic national deprogramming effort, law enforcement anticipated difficulty in identifying outwardly normal Americans allied with the nearly 80 million Trumpian terrorists. But within a few weeks, members of the Anti-Domestic Terrorist Task Force realized they had a different problem: They were drowning in data.

Silicon Valley came to the rescue. Led by a former top Facebook security official, and funded by an Israeli billionaire, a team of engineers devised a pioneering system that combined machine learning, pattern recognition, and predictive modeling to calculate domestic terrorist scores for every American. Later upgrades added a racial justice sensitivity score, with stiff penalties for anyone whose ratings fell below a race-adjusted threshold.

Not all domestic terrorists complied with lawful detoxification orders authorizing sequestration in FEMA camps, despite the Supreme Court upholding it as constitutional. During this time of national emergency, the court also agreed with President Harris’ assault weapons ban and her executive order prohibiting public trials due to security concerns of judges and prosecutors.

History will record that the first drone operator to bring justice to a terrorist cell was a blind disabled transgender minority with extremely complicated pronouns, multiple learning disabilities, and a bad stutter. As the ACLU later said about the famous Mar-a-Lago military campaign, the extraordinarily diverse drone strike represented a welcome first step in dismantling “deep-seated system racism and inequities that are still woven into the fabric of our institutions today.”

Domestic enemy “journalists” posing as conservatives were not immune from criminal charges for their role in encouraging domestic terrorism. The FCC shut down terrorist-sympathizing cable news outlets including Fox News, One America News, and Newsmax TV, a move initially proposed by the far-sighted Washington Post columnist Max Boot. “Journalists” who waited too long to denounce Trump found themselves criminally liable.

“This is a triumph of diversity over domestic terrorism,” Harris said. “All that remains is to pacify Texas, Oklahoma, New Hampshire, Maine, upstate New York, Florida, the Rust Belt, the South, the Midwest, the Southwest, Alaska, the Sierras, Guam, the Dakotas, and the intermountain West. Then our period of national healing and reconciliation will be complete.” 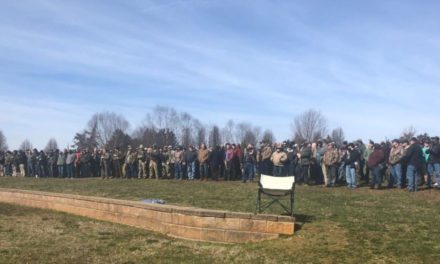 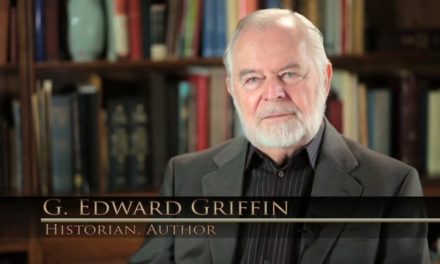 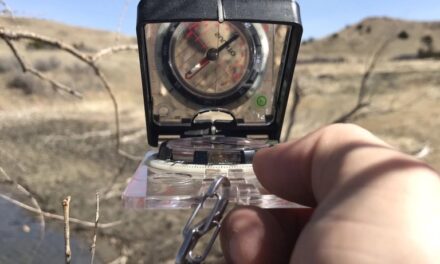