Fenix Ammunition: A Ballistic Comparison of 5.56x45mm vs. .300 AAC Blackout 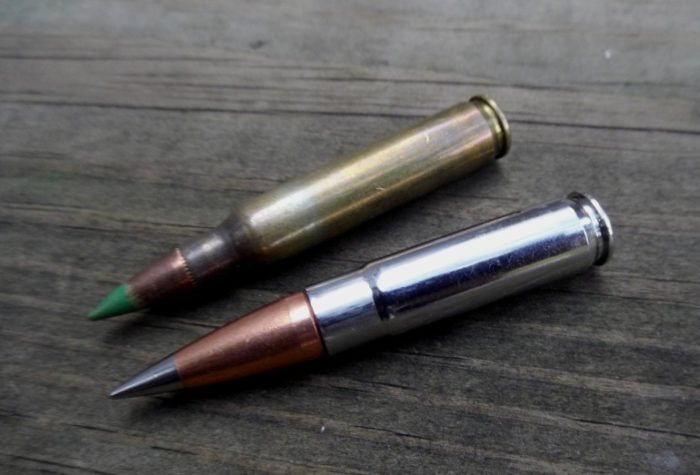 This article comes from Fenix Ammunition and is reprinted with permission gained via Twitter DM on 2/17/21. Fenix Ammunition has recently made the news because it forces anyone wishing to do business with them to check a box certifying that they did NOT vote for Joe Biden. It is largely symbolic but I also think it does make the person who did vote for them think harder about their choice. They have a great Twitter and they are outspoken Patriots. Check out their products here and, if you order anything, let them know we sent you!

Picture courtesy of The Truth About Guns.

The .300 AAC Blackout (aka .300 BLK, 300 Blackout, and 7.62 x 35mm) cartridge was developed by Advanced Armament Corporation and submitted for standardization to the Sporting Arms and Ammunition Manufacturer’s Institute (SAAMI) and approved in 2011. The .300 BLK was developed in response to requests from the military for a standardized cartridge with more energy on target and “punching” power than the standard 5.56x45mm NATO cartridge at close and medium ranges, while maintaining the standard 30 round magazine of the government issued M4/AR-15 rifles.

Advanced Armament was able to achieve this by shortening a .223 Remington/5.56mm brass case and then “necking” up the brass case to utilize a larger, heavier .308”/7.62mm diameter projectile. Since the .300 Blackout shares the same case head dimensions as the .223 Remington / 5.56mm NATO cartridge, it allows use of the same bolt carrier group and magazines as a standard M4/AR-15, making conversion as simple as swapping the barrel and muzzle device. This has made the round extremely popular with the civilian AR-15 market for target shooting, hunting, and defensive use.

Despite reams of data, there is much debate regarding the ballistic advantages and disadvantages of 5.56x45mm as compared to .300 AAC Blackout.  In this article, we will discuss several distinct advantages to .300 Blackout primarily in Close Quarters Combat (CQB) and defensive situations.

A major advantage of .300 Blackout is the increased “Frontal Area” provided by the larger diameter .308” caliber projectile.  Frontal Area is the total area of the circumference of the cylinder represented by the projectile facing the target. What does this illustrate?  By the math, .300 Blackout will experience greater drop due to being fired at a slower velocity, thereby increasing the amount of holdover required to hit a target at the same distance.  However, due to the increased weight of the projectile, it will provide more kinetic energy on target at 500 meters and will provide the same kinetic energy as the 5.56 M855 cartridge out to 700 meters.

While the 300 AAC Blackout has far more energy, the military’s primary statistical benchmark is a calculation known as “Hit Probability”. Hit Probability removes kinetic energy from the equation and focuses solely on the likelihood of connecting with a target at a known distance.  The primary factors affecting hit probability include the impact of wind and barometric pressure on the projectile in flight, and the loss of velocity in flight resulting in the projectile drifting from the point of aim.

If we consider that the drift and drop range is correlated with hit probability, the US Military has calculated that a .300 Blackout 125gr cartridge fired at 2,200 FPS has an equal probability of hitting the target at 462 meters compared to the 5.56 NATO M855 projectile at 500 meters, a loss of only 38 meters.

While this APPEARS to be an advantage in favor of 5.56x45mm, the US Military has also shown through extensive data analysis that the average engagement for infantry units is LESS than 300 meters.  Therefore, maximizing ballistic energy and hit probability INSIDE 300 meters should be considered the primary factor for choosing a caliber for the vast majority of military operations. Using 300 meters as the benchmark, we can compare the energy of the two cartridges assuming identical atmospheric conditions:

One of the problems facing the development of the 5.56x45mm NATO cartridge was the initial use of 20” and 24” barrels for the M16A1 platform.  As time has progressed, the military has moved increasingly toward shorter barrels due to the tight spaces soldiers face in urban warfare settings.  Additionally, concerns about hearing loss and Traumatic Brain Injury (TBI) from repetitive automatic fire has led to an increased use of sound suppressors on the M4 rifle.  In order to prevent soldiers from having to wield awkwardly long weapons, it has become necessary to shorten barrel lengths to provide a compact weapon system suitable for CQB environments.

Unfortunately, there is no free lunch.  Shortening barrel length reduces the muzzle velocity of the 5.56 NATO cartridge significantly, reducing its maximum effective range and INCREASING the amount of bullet drop / wind drift experienced at longer engagement ranges.  The table below illustrates a comparison of the two cartridges fired out of various barrel lengths: This demonstrates a distinct advantage in favor of .300 Blackout ballistics when fired from two of the most common barrel lengths for the modern M4 carbine – 14.5” and 9”.  Due to greater kinetic energy stored in the heavier .308” caliber projectile, the reduction in velocity does not affect hit probability to the degree it affects the 5.56x45mm cartridge.

Referring to our earlier data, using M4 military standards, the max effective range of .300 Blackout from a 16-inch barrel was determined to be 460 meters.

HOWEVER, when fired from a 9-inch barrel at 2,050 FPS, we can calculate the following:

This equates to a 440-meter max effective range when fired from a 9-inch barrel, a reduction of only 20 meters.  This will not meaningfully impact the usefulness of the round because our average engagement is well within 440 meters.

Due to the greater kinetic energy of the heavier projectile, .300 Blackout enjoys a greater degree of barrier blindness against common barriers – windshield glass, plywood sheeting, heavy clothing, and sheet metal commonly used for vehicle panels – than the 55, 62, and 68 grain projectiles used in the most common 5.56 NATO ammunition cartridges. Barrier blindness is a ‘tradeoff’ that must be considered for private citizens when choosing a home defense caliber.  Despite increased hit probability at shorter range, it is inevitable that one must consider what happens to a projectile that misses its intended target – barrier blindness means a greater potential for striking innocent civilians in the proximity of engagement.  However, this can be greatly mitigated through proper projectile selection.  A home defense projectile for civilian use should expand and/or fragment upon impact to prevent overpenetration of barriers such as common interior partition walls, kitchen cabinets, and the like.

Luckily for private citizens, the .308” caliber projectile is one of the most common in the world and has only improved after the development of .300 Blackout.  While the military is preventing from using hollow point and fragmenting projectiles by our adherence to the Hague Convention of 1899, private citizens have access to a much larger range of projectiles, each with different purposes.  Hornady, Barnes, Speer, Swift, and many other manufacturers produce .308” caliber projectiles designed to expand and fragment in soft tissue, maximizing damage to the intended target and minimizing the risk of overpenetration causing damage to unintended targets.

Looking at the raw data, the choice seems clear: .300 Blackout is the superior caliber choice for short range engagement, especially when using carbines equipped with shorter barrels.  While the cartridge has not and will likely never completely replace the 5.56x45mm NATO cartridge, there are numerous special forces units, private security contractors, and even law enforcement units who have made the switch.

For a private citizen looking to field a carbine for home defense, the same methodology can be applied.  Greater hit probability,  greater kinetic energy, no loss of magazine capacity, and a wide selection of ammunition choices add up to a fantastic cartridge specifically designed for this purpose. 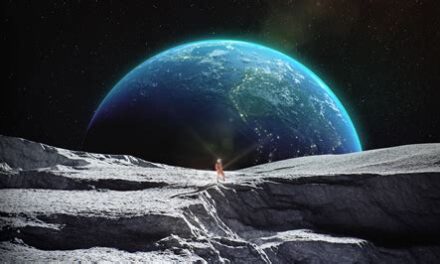 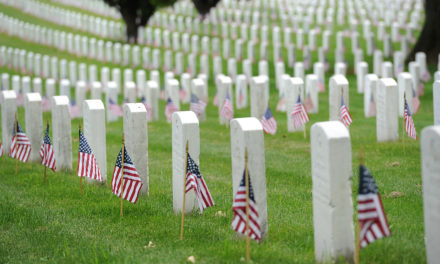 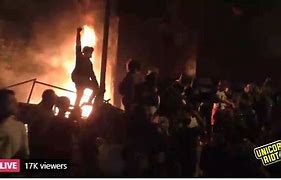 All pistol braces to be banned, and SB Tactical knew about it…