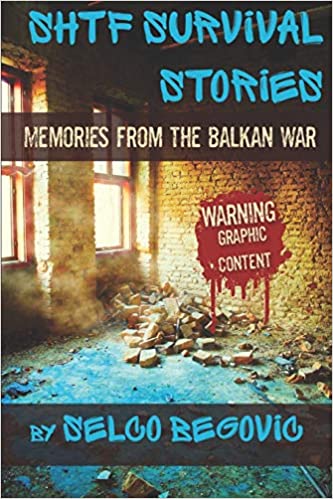 Over the week I began reading SHTF survival stories by Selco Begovic. For those who are unfamiliar, he became famous(notorious) for his almost unbelievable stories of survival in a city under siege during the Balkans conflict. I really enjoyed reading his book. There are a variety of lessons in this book.

First, the primary lesson I learned from this book is that you are never full prepared. However, there are steps you can take to make life MUCH easier on yourself. He makes excellent points such as “Why buy one expensive super survival lighter, a magnesium fire strike and steel, or spend time learning useless lessons on making fire in labor intensive methods when, instead, you can just buy a few bulk packages of quality BIC lighters?”

As someone who spent $60 on a Chinese made piece of junk “Super Survival Torch Lighter” I have learned my lesson on that… Selco is right. And after he made this point early in his book, I shut out all of my preconceived notions on the content of his book and really began to listen.

He continues with other suggestions along the same line of thought.

He suggests purchasing items that are smaller, and can easily be carried in your pocket, as opposed to large unwieldy supplies; Though he does support storing large amounts of grains and food. One example he is famous for is food spices, powdered drink mixes, and entertainment. I, frankly, couldn’t agree more based on my experience in Iraq. Trading with U.S. forces and with the local population is much, much easier when you can fit the item in your pocket. Believe that.

And not just so your leadership isn’t aware, but rather, so your peers around you don’t know either. This can create tension, jealous, leaves you open to theft and conspiracy, and it prevents someone from taking your source away from you.

Recently, after listening to several podcasts on survival that inspired my purchase of Selco’s book and the study of his writings, I began to purchase the small containers of Kool-Aid, Gatorade, Powderade, and powdered chocolate, hazelnut, strawberry, and vanilla mixes. As well as stocks that don’t spoil, like Honey and food spices. In a few short months, since August 2020, I have requisitioned quite a stock of these items to the point I am having trouble finding places to store them properly. I have all the flavors I can find, and I am not even close to being finished.

He also discusses some significantly more serious topics. One of those I will discuss briefly.

Selco suggests that anyone who wishes to survive a SHTF scenario tend to themselves with a group. And don’t run off and try to play the commando hero.

This is one of the primary themes of his book. Don’t be a hero. He tells several stories about friends who ran off to be heroes and never returned. He also tells some pretty raw and unedited stories that are gut wrenching and sickening. He discusses the feelings he had at the time, and how he and others, wanted to act to save the person or people in danger, but could not due to fear or another limiting factor. Usually these are women, and I can simpathize with his feelings. But I know that it isn’t worth the time, energy, or harassment. He credits his inaction as his mind telling him to think realistically and that “cowardice” and “fear” are not what stopped him from acting, but rather it was rational. He mentions repeatedly that it took some time before the “Hollywood Action Hero” mentality was replaced with the “SHTF” survival mind. Clearly he never forgot these lasting lessons.

Later in the book he discusses how you must prepare yourself mentally to handle the stress and PTSD that you will experience. He also notes that you need to identify those in your group and your neighborhood who will turn into psychotic monsters, or, will lose their minds dealing with the collapse. I know that I cannot even bring myself to drive into Baltimore some days. Especially after growing up there.

There is nothing there for me.

Don’t be a hero; Save yourself, your family, and your group.

You have looked into taking a pay cut and moving to Free America right?

Personally, I believe that healthy, strong men should stay in the contested areas and prepare for what’s coming. But if you have a young family, and more specifically daughters who don’t weigh 400 pounds, you should consider moving to a safe area with zero diversity. There is no way you will survive the disease and the decay. If you stay, you will end up like the families I grew up with in Baltimore. Propaganda and peer pressure wrecks havoc on the minds of young women.

They will end up brainwashed, broken, drugged, and destroyed.

Thanks for reading. I am going to purchase his other books. 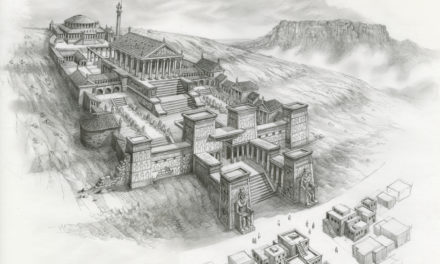 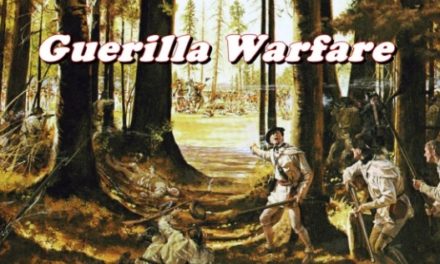 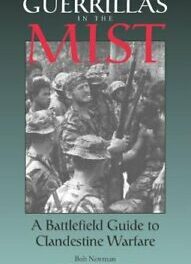 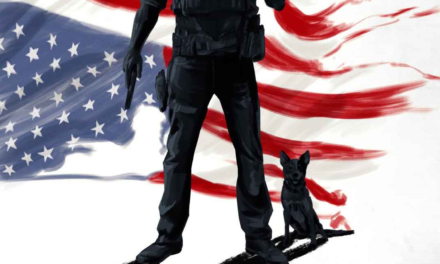