Shooting For the High A Zone

Shot placement matters. While much of the internet argues about calibers, ‘stopping power’, etc., the reality becomes the intersection of two factors:

While the uninitiated might attribute both of these to luck, it all boils down to training. Your own round count leading to the gross motor manipulation of your weapon becoming innate (mastery of the basics), the conditions or scenarios you’ve introduced as ancillary stressors to test those skills in a dynamic environment (the introduction of movement and decision making) and finally, the aids you’ve used in that training. 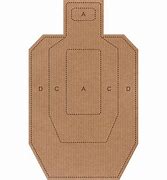 Qualification courses and competitions like IPSC accomplish this last goal through the use of scored zones- center of mass being the goal. Makes sense. Its the large natural target. You’ve got the thoracic cavity there in that primary A zone which is usually a fight stopper after a controlled pair. Then again, your adversaries might very well be out there rocking body armor, and while taking a controlled pair from a carbine into the chest is going to take that guy out of the fight, the internal injuries are probably not going to kill him.
That’s not what we want. That bastard is there to kill you, so we return the favor in kind.
Some advocate shooting low in CQB environments, towards the groin for a hit on the junction point between the femoral and the aorta. You’ve got room to work up with the natural rise of the weapon and that makes tactical sense. This is why in class we run the 5-shot zipper drill, running up the center of mass. The thing is though, we can’t always ensure getting those five shots off, becasue in the real world people move, dynamically, and they usually have friends doing things as well. I teach that drill to get students to overcome the training scar of only firing twice then freezing. That said,  controlled pair is realistically the best you’re going to get, and you’ve got to make them count. 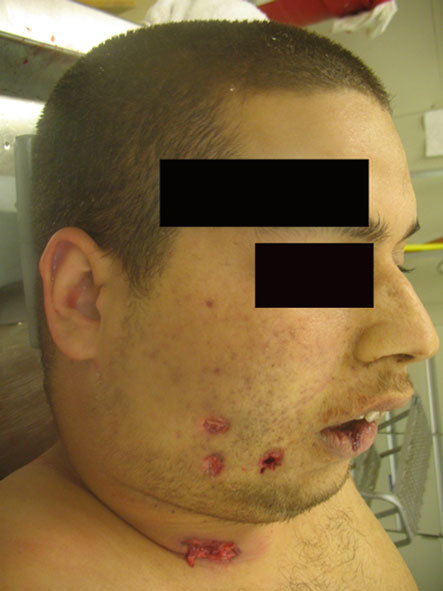 So this brings us back to training for shot placement. The High A Zone- that space at the top of the sternum to the center of the face- is the critical juncture in the body. Above the body armor to the center of the face. Top of the thoracic cavity to the ocular cavity. Hits in this space are extremely complicated to treat and are usually fatal. You’ll experience trauma to at least two components of the MARCH acronym (Massive hemorrhage, Airway, Respiration, Circulation, Hypothermia) and likely spinal trauma as well. Further, the High A gives us room for error in CQB or intermediate engagement distance range (0-100m) by still presenting us with a body shot if we’re low and a head  shot if we’re high.
That bastard is out of the fight.
Training for the High A Zone is simple. First, understand that if you’re training yourself or others to fight with a weapon, you’re not fighting flat pieces of paper with a bullseye on it. An IPSC target or similar featureless silhouette is what you want. Add in a small paper plate to represent that space. Its inexpensive and will create a natural point of aim through memory. Another way, as I did in the picture above, is to take a similar sized E-type target backer and paint the critical zone red. In training our amygdala naturally is drawn to blood red as a danger signal, and this ensures the point of reference becomes subconsciously reinforced as your natural point of aim. We’re overcoming what psychiatrists label the amygdala hijack.
None of this is particularly complicated and can be replicated by anyone, anywhere. We’re creating a natural target for proper shot placement in the era of AntiFa filled street riots, thugs harassing decent people with not even a semblance of justice, and many beginning to wake up to the reality that this is not going to end anytime soon. Those who’ve trained with me know I introduce as many concepts to the students simultaneously as possible, usually not fully explaining them at once. There’s underlying psychology behind it, because at some point you’re going to have to replicate these skills with others, introducing as much realism as possible.
For me at least, shooting is not a recreational activity. Its a martial art.