Good morning. Here’s your Daily Situational Awareness briefing for Monday, 19 July 2021. You can receive this daily intel brief by signing up at https://forwardobserver.com/daily-sa

ATTRIBUTION: The White House issued a statement joined by the EU, NATO and the UK condemning China’s “malicious cyber activity” and pledged “further action to counter it, as it poses a major threat to U.S. and allies’ economic and national security”. China is blamed for using criminal contractors and Ministry of State Security hackers to conduct cyber operations for personal profit and global destabilization. (AC: The DOJ and State Department quietly released unsealed charges regarding academics, cyber actors and others engaged in espionage or other criminal activity. This very public and targeted statement will see a response by China, likely attempting to show their primacy in cyber. Read the full statement here: The United States, Joined by Allies and Partners, Attributes Malicious Cyber Activity and Irresponsible State Behavior to the People’s Republic of China | The White House – D.M.)

RAILWAYS: The Union Pacific rail company is suspending all shipments from West Coast ports to its Chicago facilities in order to alleviate midstream and trucking congestion problems. The move comes as berthing for vessels in US ports has increased from 8 hours to 33 hours. (AC: A recent Biden executive order seeks to punish logistics companies for delays while favoring commuter trains on commercial lines, and does not address the primary causes of logistical disruptions. Sustained delays are expected to continue as the nation wrestles with driver shortages, increased demand, unemployment benefits and a year to learn new skills. – D.M.)

COMMODITIES: Global commodity prices continue to rise or face massive instability due to production delays, rising demand, and logistics backlogs. As a result, China has auctioned off state stockpiles of copper, aluminum, and zinc to drive down prices. Western demand for Chinese made products has not abated and will keep manufacturing lead times and prices elevated until new mineral mines come online in 2023. (AC: This is going to cause continued price increases for consumers in the US. There is no scenario in which new mines, vessels, or price-fixing alleviates this in the next couple of years. – D.M.)

DEFENSE SPENDING: The National Defense Authorization Act for 2022 is going through Senate Armed Services markups this week. Major changes to the Uniform Code of Military Justice are expected as administration officials continue to target dissent within the ranks. (AC: Despite a controversial lower budget overall, budgetary shifts point toward war in the Pacific, space and cyberspace. The only public markup meetings are for readiness and personnel, signaling the importance of this year’s funding debate. – D.M.)

HURRICANE SEASON: Nothing Significant to Report.

In today’s Early Warning, Mike provides a glimpse of end of year disruption you should be preparing for, and Max details Far Left unrest over the weekend and their efforts to build popular support. Upgrade your Situational Awareness to Early Warning here: https://forwardobserver.com/subscribe 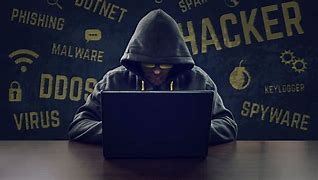