According to the National Review, Iranian backed Yemeni Houthi rebels have stormed the embassy in Sana, the official capital of Yemen (government currently occupies Aden due to ongoing civil conflict), and have taken hostages.

Houthi fighters reportedly took the compound on Wednesday, demanding “large quantities of equipment and materials,” per the Middle East Media Research Institute. Yemen has been embroiled in a brutal civil war between the Houthi rebels — who are backed, financed, and armed by the Iranian government —and the standing Yemeni government, which has the support of Saudi Arabia. The conflict is oftentimes described as a “proxy war” being fought by the two Yemeni sides on the ground, but largely on behalf of the two larger powers. 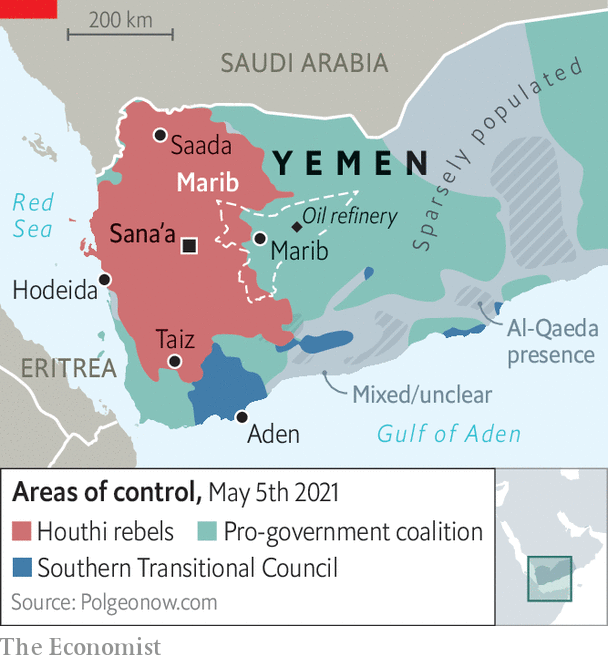 Here is additional reporting from the Free Beacon

A group of Houthi rebels reportedly stormed the U.S. compound on Wednesday seeking “large quantities of equipment and materials,” according to regional reports translated by the Middle East Media Research Institute. The raid comes just five days after the Houthis kidnapped Yemeni nationals who work for the U.S. embassy. “The alleged raid comes after the Houthis kidnapped three Yemeni nationals affiliated with the U.S. Embassy from one of the employee’s private residences in Sana’a on November 5,” according to MEMRI. At least 22 other Yemenis were kidnapped by the Houthis in recent weeks, “most of whom worked on the security staff guarding the embassy grounds,” according to MEMRI.

The State Department confirmed to the Free Beacon that the Yemeni staffers are being detained without explanation and that the Iran-backed militants stole property after breaching the American facility in Sana’a, which housed U.S. embassy staff prior to the suspension of operations there in 2015.

“The United States has been unceasing in its diplomatic efforts to secure their release,” a State Department spokesman told the Free Beacon. “The majority of the detained have been released, but the Houthis continue to detain additional Yemeni employees of the embassy.”

Those still being held are “detained without explanation and we call for their immediate release,” the State Department spokesman said.

Among those who were kidnapped and held by the Houthis include a former embassy employee, an economic officer, and a U.S. Agency for International Development employee, according to MEMRI. 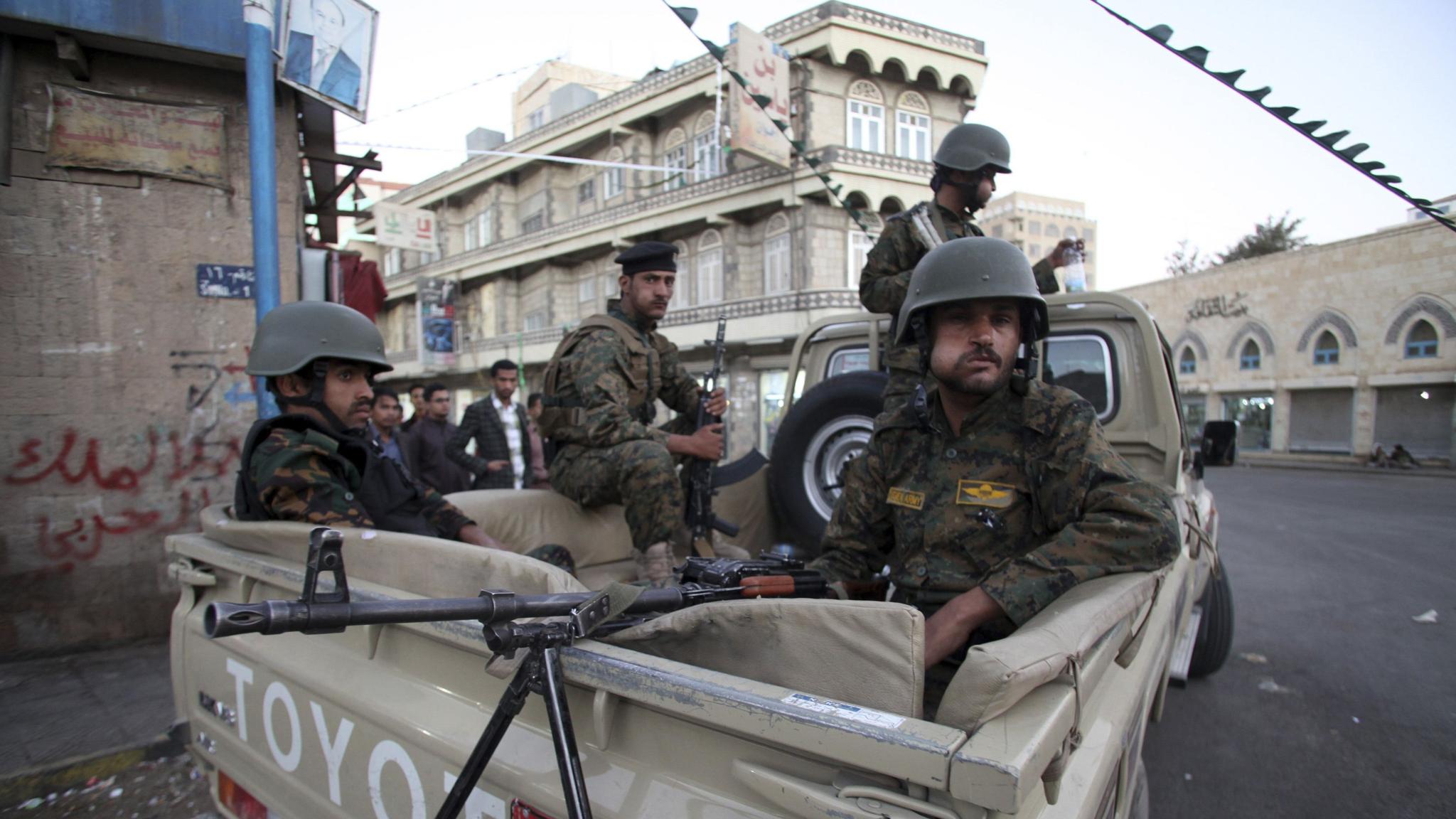 Who are the Houthi rebels? According to Wikipedia:

The Houthi movement[a] (/ˈhuːθi/; Arabic: ٱلْحُوثِيُّون‎ al-Ḥūthīyūn [al.ħuː.θiː.juːn]), officially called Ansar Allah (ʾAnṣār Allāh أَنْصَار ٱللَّٰه “Supporters of God”) and colloquially simply Houthis, is an Islamist political and Armed movement that emerged from Saada in north Yemen in the 1990s. The Houthi movement is a predominately Zaidi Shia force, whose leadership is drawn largely from the Houthi tribe.

The Houthis have a complex relationship with Yemen’s Sunni Muslims; the movement has discriminated against Sunnis, but also recruited and allied with them.[57][9][10][58] Under the leadership of Hussein Badreddin al-Houthi, the group emerged as an opposition to former Yemeni president Ali Abdullah Saleh, whom they charged with massive financial corruption and criticized for being backed by Saudi Arabia and the United States at the expense of the Yemeni people and Yemen’s sovereignty. Resisting Saleh’s order for his arrest, Hussein was killed in Sa’dah in 2004 along with a number of his guards by the Yemeni army, sparking the Houthi insurgency in Yemen. Since then, except for a short intervening period, the movement has been led by his brother Abdul-Malik al-Houthi.

The Houthi movement attracts its Zaidi-Shia followers in Yemen by promoting regional political-religious issues in its media, including the overarching U.S.–Israeli conspiracy theory and Arab “collusion”. In 2003, the Houthis’ slogan, “God is great, death to the US, death to Israel, curse the Jews, and victory for Islam”, became the group’s trademark. Houthi officials, however, have rejected the literal interpretation of the slogan.

The movement’s expressed goals include combating economic underdevelopment and political marginalization in Yemen while seeking greater autonomy for Houthi-majority regions of the country. They also claim to support a more democratic non-sectarian republic in Yemen.[67][68] The Houthis have made fighting corruption the centerpiece of their political program.[45]

The Houthis took part in the 2011 Yemeni Revolution by participating in street protests and by coordinating with other opposition groups. They joined the National Dialogue Conference in Yemen as part of the Gulf Cooperation Council (GCC) initiative to broker peace following the unrest. However, the Houthis would later reject the November 2011 GCC deal’s provisions stipulating formation of six federal regions in Yemen, claiming that the deal did not fundamentally reform governance and that the proposed federalization “divided Yemen into poor and wealthy regions”. Houthis also feared the deal was a blatant attempt to weaken them by dividing areas under their control between separate regions. In late 2014, Houthis repaired their relationship with the former president Ali Abdullah Saleh, and with his help, they took control of the capital and much of the north.

In 2014–2015, Houthis took over the government in Sanaa with the help of the former president Ali Abdullah Saleh, and announced the fall of the current government of Abdrabbuh Mansur Hadi. Houthis have gained control of most of the northern part of Yemen’s territory and since 2015 have been resisting the Saudi-led military intervention in Yemen that claims to seek to restore the internationally recognized Yemeni government to power. Additionally, the Islamic State militant group has attacked all of the conflict’s major parties including Houthis, Saleh forces, the Yemeni government, and the Saudi Arabian–led coalition forces. The Houthis have launched repeated missile and drone attacks against Saudi cities. The conflict is widely seen as a proxy war between Saudi Arabia and Iran.

Between rampant inflation and embassy hostage situations, it is increasingly clear that Joe Biden is President Jimmy Carter 2.0 – but even less competent.