Lessons from a Guerrilla: Marine Raider Frank Sturgis, the Fight for Freedom and Mastering Logistics, by NC Scout

I’ve found that largely to be true over the years. When we talk organization for community defense, preservation of freedom, and the assurance of a fair shake in society as a barrier against tyranny, the question of logistics is a rare one.Who’s resupplying the arms? The ammo? The food? How about all the other things that make life at least somewhat palatable.

While its understood that the life of a ground pounder is one of constant adversity, against constant fear, often hunger, weariness, wet, hot and cold taken to their extremes, the simple question of logistics becomes one that may make or break a group in the long term. Historically it has been the challenge which has made, or more often broken, guerrilla groups. It is such a critical topic that it is the primary means by which clandestine organizations, both intelligence agencies and Special Forces groups, seek to win influence.

Not that long ago I finished reading Warrior: Frank Sturgis—The CIA’s #1 Assassin-Spy, Who Nearly Killed Castro But Was Ambushed by Watergate. Its a fascinating account of one of the infamous Watergate burglars – and that’s just the story you might know. But Sturgis was a man fully committed to the anti-communist cause and a legend in the southern Florida Cuban expat scene. What you may not have known about Sturgis was he became the perfect agent during the Cuban Revolution, aiding Castro’s guerrilla column in the civil war against Batista.

Just what lead him there is a spy fiction blockbuster unto itself. One of Carlson’s elite Marine Raiders in the Pacific, Sturgis cut his teeth on learning the guerrilla tactics Carlson himself observed among Mao’s Chinese Communists just prior to WWII. Organization, tactics, and, paramount to the fight, the importance of logistics in a military sense. After the war Sturgis would find himself in West Berlin in the US Army, in bed with a beautiful girl who turned out to be an Irgun spy, and then back in the States where he bought an old Mitchell bomber and learned to fly. Quite a resume.

And it was then he found himself embedded in Cuba where the real action was going down. Cuba at that time had a rather interesting cast of characters, including Robert K. Brown running guns to the rebels, who’d go on to found Soldier of Fortune Magazine. As Hemingway would famously quip, There is no hunting like the hunting of man, and those who have hunted armed men long enough and liked it, never care for anything else thereafter. Now, whether Sturgis was there of his own accord or sent on part of the newly minted CIA is anyone’s guess, but the role he played in the Cuban Revolution proved to be a crucial one both then and later on in the training of Brigada Asalto 2506 for the ill-fated Bay of Pigs invasion. 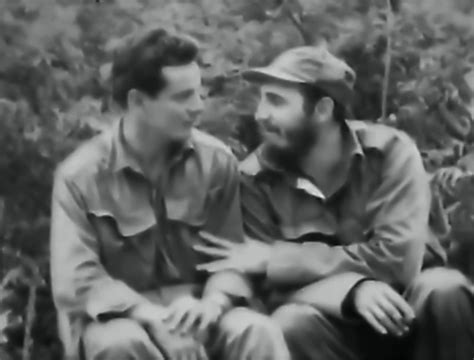 The Cuban Revolutionaries were in bad shape early on. Batista’s men had been laying in wait when they famously made their landing from the Granma, losing most of their force in a quick firefight. The Castros and Che Guevara, among a few others, managed to survive and elude capture. But their guerrilla force now lacked much in the way of arms and vital equipment, with Sturgis noting immediately that nothing they had was standardized. This would hamper any sort of competent resupply and severely challenge effective action, while also making small arms maintenance and repair nearly impossible. Flying back and forth from private airstrips in south Florida, he had purchased as many surplus arms and ammunition as his old B-25 would hold, flying multiple airlifts to resupply the guerrillas. Castro hailed him as a hero of the revolution and even appointed him head of the newly formed Cuban Air Force. That would prove to be short lived as Castro consolidated control while revealing his ties with the Soviet Union. When the purges began, as they always do when Communists take power, Sturgis planned his exit and his revenge. 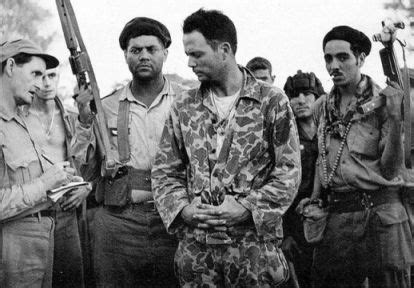 Immediately he found himself a fixture among the anti-Communist Cuban groups in south Florida, training groups in the same guerrilla tactics that he had mastered in the Pacific and in Cuba with the goal of re-taking Cuba from a Communist dictator that had taken advantage of a people seeking freedom from oppression.

Brigada Asalto 2506, the formal name for the guerrilla force making their landing at the Bay of Pigs, would standardize on surplus Marine Corps frogskin camo from WWII, web gear and Johnson M1941 automatic rifles – a rifle never having seen widespread adoption two decades earlier but a highly effective design nonetheless – all establishing a standard arm and ammunition form common weapons still in military arsenals of the era. 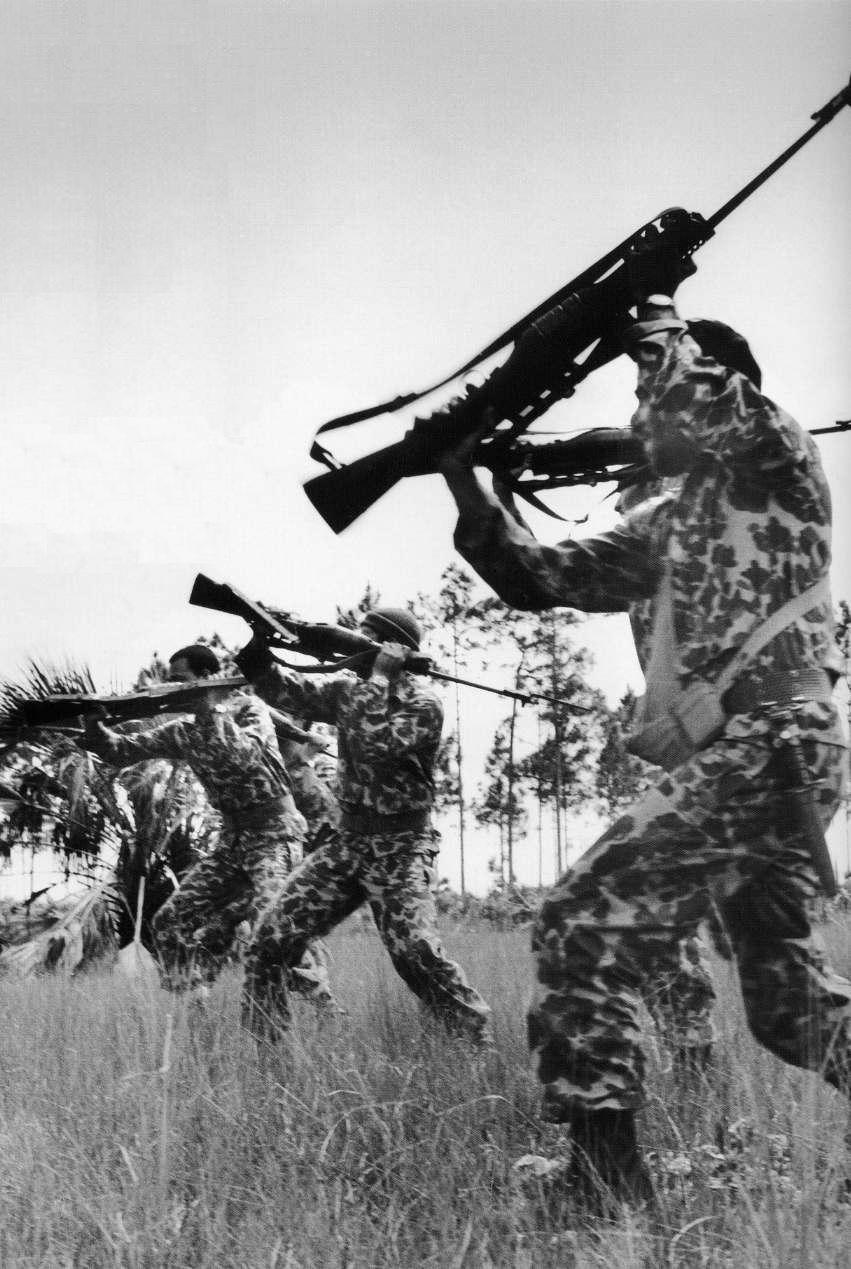 Sturgis knew this well after having ran much of the arms into Cuba that were still in the hands of the FAR, or the formalized Army of Cuba. The intent was to resupply Brigade 2506 utilizing air drops of standardized supplies as the operation to liberate Cuba would press on. History would not favor the failed invasion as leaks within the Kennedy administration, communist sympathizers in the State Department and Castro’s spy network in Miami undermined an otherwise well planned, trained and rehearsed operation.

Sturgis’ role in all this, as a trainer and facilitator, was vital in all areas but especially in the way of logistics. Teaching groups skills in the form of conducting ambushes and raid is important for tactical proficiency, but nothing lasting is to be achieved absent an answer to the question of logistics. Frank would never stop training, often vanishing into the Everglades with members of the Cuban underground in south Florida to continue the mission. Bay of Pigs’ failure was an unacceptable loss and one that he’d commit his life to avenging, even being suspected of being involved in the assassination of JFK and infamously burglarizing the Democrat campaign office in the Watergate Hotel. The more colorful elements of a career as a guerrilla and intelligence asset notwithstanding, Sturgis’ lessons on how to arm and train groups committed to the fight for freedom is an eternal one.