I must confess, I’m not entirely sure why most Americans care about the destruction at Notre Dame. The structure and the craftsmen who built such a masterpiece are alien to our Postmodern minds, let alone the devotion and religion that inspired such an extraordinary feat. Given there is virtually no connection between Americans and the past anymore, why should anyone but conservatives mourn the loss of a mere building? Make no mistake I am choosing the word conservative carefully, purposely excluding the intellectual adherents of Jefferson, Locke and their ilk. A classical liberal is just that, not a conservative.

Most of us simply cannot comprehend the scale of the cathedral and the sheer feat of continuity of leadership. Two centuries does not do it justice, imagine the US starting anything in 1837 and finishing it today. Americans simply cannot grasp that level of homogeneity or commitment. The reality is a master mason or carpenter likely had a 20-30 year work career at best during that time. Given the life expectancy of aristocracy who hadn’t died of childhood diseases was around 60, three decades of work for a skilled craftsmen is optimistic. So the reality was likely between four and six generations, meaning those who started would have never even met the men who finished it. The scale of such a project in human capital is beyond any modern comparisons.

We, in this hellish landscape of Reason™ and atomistic nihilism cannot comprehend the devotion to anything extending outside our own personhood. Let us be frank, we kill children because they reduce the amount of baubles we can buy at any given moment. The concept of devoting not only an entire professional career, but six consecutive ones, to a project as an act of worship is simply incomprehensible to us. Not one, but thousands of men laboring on it and the untold billions of dollars in today’s capital that it would take to create such a thing…to glorify God. I’ve seen with my own eyes the inability of the scions of the dissident right fail to get more than two dozen people to show up in real life to hear someone speak. I was there. The right is not serious and the uncomfortable fact is they do not believe their own position, given their inability to get past words and onto action. The men who built the Notre Dame did more than just talk about it, they put chisel to stone and did it. The Neutered Postmodern Man is content to simply talk about political fantasies rather than impose his will on his surroundings and build anything more than a gun collection.

So why should anyone but conservatives care about what was valued by an alien culture, created by alien men for an alien God? We didn’t care about the dozens of other churches desecrated in France or the religious cleansing of the Middle East and central Africa. American’s rejected the concept of cultural, genetic or intellectual differences in mankind in 1776. We rejected God in the same breath, settling for a benevolent cosmic intelligence, placated by platitudes but ignoring that which we actually did. In short, the Notre Dame may as well be the Great Pyramid of Giza for all it represents of our current culture. If that bites, it should. The reality is we are not those men who built the Hagia Sophia, St. Peter’s Basilica or Notre Dame. We couldn’t even keep our seminaries from turning into Ivy League champions for atheism and overt enemies of our culture and people. Silicon Valley is our Notre Dame, a vacuous mix of decadence, worship of the obscene, a black hole churning out broken people and magnifying the worst in us.

Take from this what you will, but do not insult me with mourning an idea which you do not believe, a culture you do not subscribe to and a society for which you will not fight. The burning of the Notre Dame, whether arson or happenstance is indeed an excellent representation of the West. What once was is gone. The fact it lasted this long is a testament to a feat better men than us accomplished. None of us have known that level of brotherhood or national and religious identity. We have absolutely no frame of reference to get back there. Notre Dame is tragic to those of us who embraced the social and religious constructs that got us those monuments to Western Culture. We look back and pay homage to the products of that system, but we are intellectually honest enough understand that you cannot have the fruit without the tree.

I don’t pretend to have all the answers, or even half of them. I do know that if you don’t like here, then change the ideas that got you here. Much attention is paid to what the left is doing and the reactionary response to the latest insult. Little attention is paid to real change and being better than the left or aspiring to be men deserving to carry the burden of civilization. Virtually none of you hate the communists and their enablers enough to work with people you don’t like to further a goal. Look at what is done and what is said and tell me we are fit to be held up as an example or govern. Grow up, get serious and act like well-adjusted adults capable of rational discussion and complex thought. The conflict we are in the beginning stages of is not about you, or your children. Western men were once capable of a bigger perspective than themselves, the proof burned as we watched. Be better or settle for watching the monuments of other men decay and smolder as you ignore the barrenness of the current age. We are in a civilizational struggle, so perhaps start acting like it. 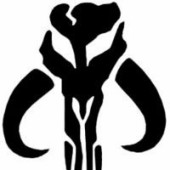