Take a few moments and read the above article. Ponder on it a bit, and when you’re done, read it again, in the context of another guerrilla movement- your own. Or the one you want, at least.

“You say you want a revolution yeah, well you know- we all wanna change the world…”

Let’s discuss the first one from a marketing perspective. A brand is created. A brand needs a recognizable name, logo, and goal. Nike shoes don’t make you an athlete, but you think they do by the advertising. The name, the logo, and the goal (athletic ability) are all clearly stated. And when you think Nike, you think athletic shoes, nevermind the fact that many brands are not only better but cheaper too. Their marketing is effective.

That’s a brand too. People’s popular movements, logos involving raised fists, farm or industrial tools, and names that are easy to remember. It doesn’t matter that these groups are responsible for far more bloodshed than their envisioned oppressors, or that the end goal is far greater oppression than what their fighting against, the common name and symbolism, at least on it’s face, serves as a rally for it’s followers, an attraction for the passe support, and a calling card to those it fights. To the terrorist, or more correctly named non-state actor, the symbol becomes a mark of recognition for every action it takes working towards a goal. The trick lay with the action taken behind that symbol. Take the logo of the FLN seen here. It roots Marxism with a symbol of national future, being the children’s faces in the flame, the symbolic colors and the crescent, the symbol of Islam, together in one logo, implicitly stating the  goal of the organization. If you know anything about Algeria (which I most seriously suggest you should, starting with the film “The Battle of Algiers”) you’ll instantly know the effectiveness of their campaign and the new era of African wars of liberation which followed. 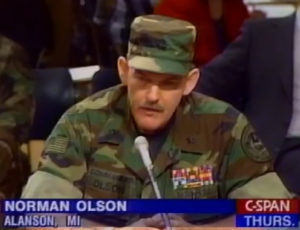 This image did more to damage any credibility Right Wing armed groups had in the 90s than other. If you can’t obviously see why, you are the problem.

Propaganda can work two ways. When a brand suffers irreparable damage, it usually goes away. Think of any company out there who suffered some sort of brand damage of which it failed to recover. Almost always, it eventually dies a slow, miserable death. K-Mart and Sears comes to mind here. Bear in mind the media assault against the militia movement of the 90s…I was a kid, but vividly remember the all out assault on everything and anything ‘militia’ related concerning Ruby Ridge, then Waco, then OKC, then Eric Rudolph, and that media blitz against the ‘militia’ labeled anyone opposed to the policies of the Clintonistas and happened to be armed while wearing BDUs. Having obvious clowns pose in front of cameras didn’t help. With all this, ‘militia’ became a bad word. The propaganda worked, at least for the time being, and the opposition presented on the far-Right was for the time effectively crushed.

Wholly dependent on the intended audience, propaganda is purveyed in two very distinct forms- Interior and Exterior.  The former is intended for those already within a movement, having adopted its ideology, goals, and language. It speaks in readily identifiable terms for those familiar with them, and assumes the reader is in common agreeance with those goals. Interior propaganda is used to spread messages directing a common goal, build morale, recruitment of lesser actors into more serious echelons of action, providing information on possible future action, and creating symbols that serve as rally points. These can be physical symbols, common locations, or glorifying martyrs. Remember this. The latter is intended to be consumed by the masses; it is concerned solely with advancing the brand. Victories, whether actual or imagined, are lauded up front, atrocities of the enemy are widely lamented and viscerally displayed,  martyrs are created, causes are identified, moral dualities and dilemmas are raised, and the front groups forming supporting arms are advertised. Meetings, rallies, marches, and public anchor points are usually always identified.

For example, in Iraq, al-Naqshibandya identified itself with a bright red hand print painted on meeting places and caches. Their primary means of attack involved throwing RKG-3 anti-tank grenades at passing convoys in tight spaces. Unfortunately for us, it worked well. Associated with those attacks were a lookout with a camera filming the whole thing and distributing it underground to potential recruits and sympathetic TV outlets. On the ground, I caught one of these guys and along with the MFT team with us rolled up an entire network within the afternoon. Months later, while flicking through local TV channels, film of one of those attacks in Samara was being broadcast. So while one got rolled up, others continued on. It’s all about the ‘street cred’…proving you can do what you say you can. And with that, the message is sent.

In the linked article, both are discussed. Exterior propaganda is referenced through the quote:

In home-base countries like Iraq and Syria, ISIS propaganda often depicts ISIS’ governance successes to reinforce support from local populations. When fomenting hatred of Western governments, ISIS relies on highly sophisticated, multilingual content intended to outrage the public and get picked up by the mainstream press.

Foreign recruits in ISIS’ media department are critical to ensuring that the content targeting a specific region has the substance and timing to achieve maximum impact. These recruits provide basic translation services, monitor the reaction to ISIS’ propaganda, and use that feedback to tailor future content.

Examples of interior propaganda are given as well:

But ISIS moved beyond al-Qaida’s private online network. Recognizing the desire of its audience to leverage mobile platforms for media consumption and engagement, ISIS developed a decentralized and diverse network of free file-upload sites, social media platforms and messaging apps to ensure continuous and cost-efficient access to a global audience. Offline, inside ISIS-controlled territory, ISIS still relies on traditional media like print publications and broadcast radio to target local audiences while also removing competing alternatives. This diverse set of distribution channels enables ISIS to reach an equally diverse set of target audiences, including opponents, the international community and potential recruits.

The messages are diverse, but unified in their goal, and difficult if not impossible to stop. As long as there’s propaganda, there will be willing consumers, and as long as there’s a means to meet that need, potential recruits will always exist. It’s for this reason that recent attacks are indeed associated with ISIS- because they say so, the actors themselves say so, both serve the end goal, and that’s all that’s needed, ‘counter-terror experts’ be damned.

So all of this being said, it’s important to recognize that the Left in the US are very, very effective propagandists.

Better than the old Pravda masters, certainly better than anything heard on Radio Havana or the old Deutche Welle. NPR shows such as Democracy Now! are funded in part by tax dollars and are explicitly Marxist in their message. After all, the Left dominates every formal Journalism school in the US, and as such, will continue to define the news in their terms. So how does one fight it? Taking the lessons of the Opposition and creating your own. It all starts local and builds from there, identifying a target audience and  moving forward with both interior and exterior messages. The Right, historically, is terrible at this, almost exclusively concerned with maintaining a status-quo at the macro level. Seeing that this also is historically a losing endeavor, a change is required. The first step is creating a better propaganda model than the worn-out militia memes and blowhards with NRA stickers on their trucks. If you’re a ‘prepper’ or survivalist or militia member, your job is first networking then brand creation, and in doing so, creating solid brand ambassadors. It’s not nearly as hard as you think, but it goes far beyond running around in kit with an M4gery or posturing yourself at someone else’s party in front of the opposition’s propaganda machine. If you want to win, effective propaganda is required. There’s no way around it. 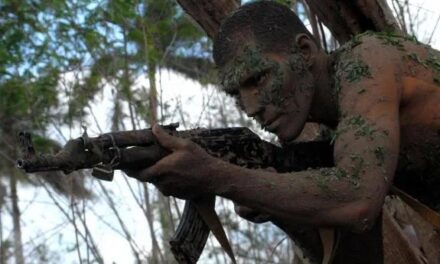 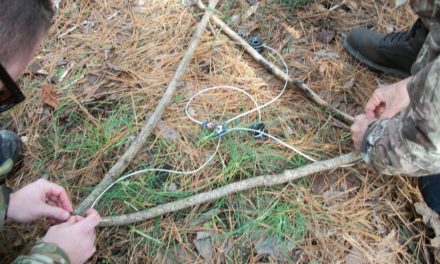 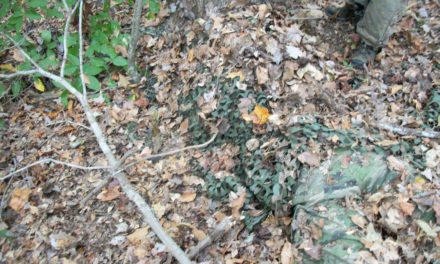