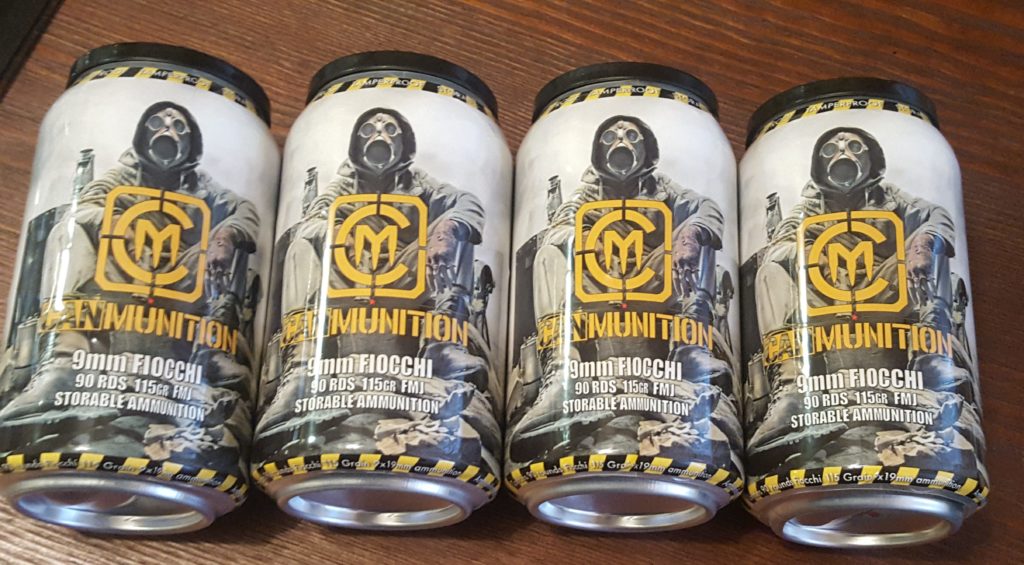 Four cans of Fiocchi 9mm 124 grain FMJ. As you may notice, two of the bottoms (far left and far right) were slightly pushed out while the other two were not and resemble the bottom of a soda can. Also, it took me nine tries to get this picture to display right – really WordPress?

I recent became aware of a new-ish product on the market from Global Ordnance call Canmunition. According to the “About” section on the website, Canmunition provides a completely sealed, waterproof, lightproof, oxygen-free environment to keep the moisture out and your ammo in tip-top shape until you’re ready to use it, even if that is decades from now”. The can is approximately 3 inches in diameter and 6 inches high

I went ahead and ordered four cans of the 9mm ammo to test at $24.95 a pop (yes, I did not receive these for free – I bought them out of pocket to ensure no bias). I decided I would test it in three different ways:

A quick trip to the local hardware store allowed me to get the materials for my “time capsules” (at least that is what the attendant was told when he asked). 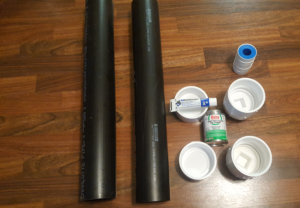 Do be aware of the type of PVC cement you buy as it matters based on what material PVC the end cap and the pipe is. Generally speaking, the red can will work (as explained after the fact by a man who knows way way more in this area than I do).

From there, I built two caches – one for the ammunition test, and another for an upcoming gear cache test. 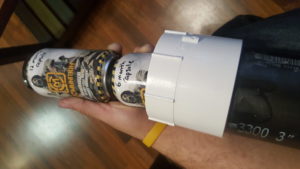 See you in six months!

I slid the two cans into the cache and sealed the threads with thread tape as well as moisture sealing thread locker. 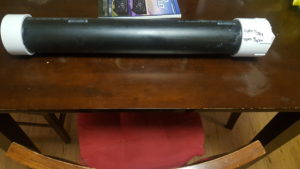 The completed ammo cache. By my estimation, this PVC pipe could have held at least five of those cans – so, approximately 450 rounds total. Not bad! I also added some silica packets I had just as I would in a normal cache.

I then filled up a small container with water and submerged the third can. The container was placed inside the corner of a seldom used kitchen cabinet where it will sit. For full disclosure, the water may get changed out at some point if it becomes gross. The fourth I just simply set out in my shed where it can endure the heat of the upcoming summer. 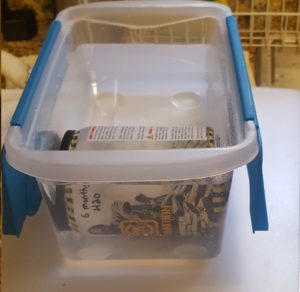 The can is completely submerged in the water. It will live in my kitchen cabinet.

I am personally very interested in the results of this test. Doing a quick DuckDuckGo search shows me that the BulkAmmo website has Fiocchi 9mm 124 grain FMJ at 1000 rounds for $184, meaning 100 rounds for $18.40. If you factor in the cost of the other components you need for long term ammo storage, the price point may become similar enough to Canmunition that it attracts people to obtain it for specific purposes such as underground caches. Do I think it will necessarily be the replacement for other methods of bulk ammo storage? No, I do not, But I hope the results of this test will show that it is good to go for caches – even if the cache is exposed to the heat or gets flooded for whatever reason (Murphy’s Law always strikes at inopportune times). Once the ammo is pulled out, I will give an update on how it performs down range as well.

Check back in 6 months for the results!

UPDATE: My additional can arrived today (5/28) and was placed in my freezer. It will be pulled out with the rest of them. 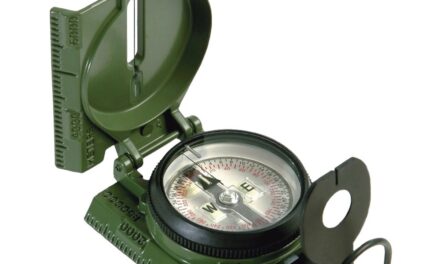 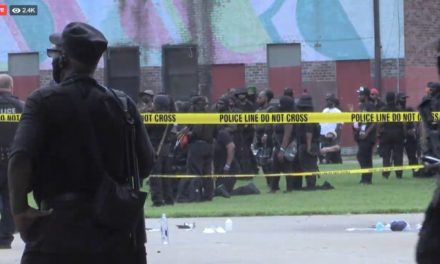