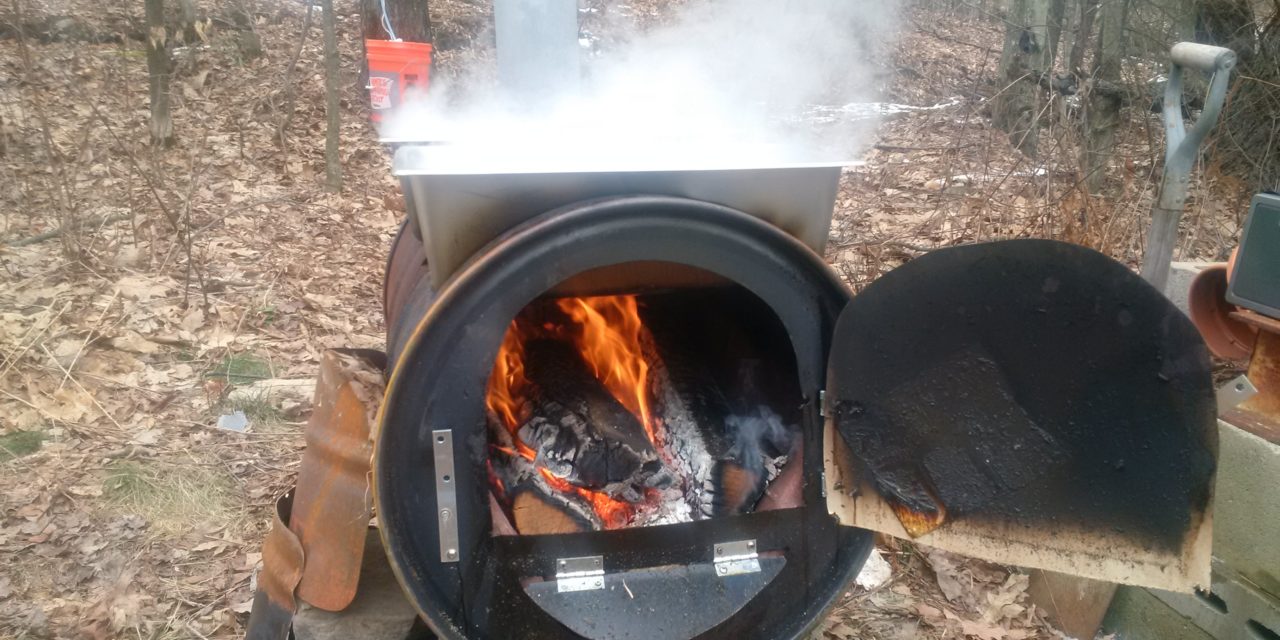 Three years ago, MrsMac and I were at a friend’s house attending our weekly Bible Study class with our worship group. Somehow later in the evening a discussion shifted from the New Testament to the up and coming sugaring season. Living on or very close to the water for the past 36-years, I have never really thought about taping a maple tree, collecting the sap, and then boiling it down to make maple syrup. I asked a slew of questions and due to my enthusiasm, I was even showed a few smartphone videos. Driving back up the mountain after our class I said to MrsMac, “I am going to make my own maple syrup this year!” Her response was, “watch the road. Don’t hit another deer!” Apparently, my enthusiasm for this new project stopped at me.

The time of year was late fall and the next day found me wandering the woods close to the cabin looking at the remaining leaves on the trees. Once identified as a maple tree the tree was marked with surveyors’ tape. I focused on trees that had a diameter of 10 plus inches by measuring the circumference and dividing by 3.14.

A couple of days later I found myself at my local library looking for books on sugaring. I checked out the most promising ones with lots of pictures and trekked back up the mountain. Once back at the cabin, I threw a few more logs into the wood stove, poured a cup of coffee, and settled into my lounge chair to read and “get educated” on my task at hand. As the readers know; you collect maple tree sap in the late winter, boil it down, and then bottle it. Pretty simple huh? Simple it is but I found out it is very time consuming. More on that later.

According to the locals, you tap your trees when one of two things happen. The first is when the robins return. The second which is a bit more scientific is when temperatures during the day go above freezing (32 degrees for you Bernie Sanders supporters) and drop below freezing at night. Typically, at my latitude, in February.

By the beginning of February, I was more restless than a Dutch Shepherd in heat knowing that Jose’ the Chihuahua across the dirt road, was keeping a vigil at your front door; waiting for the weather to change or for a robin to show up. Finally, while checking the future weather forecast, I saw a stretch of days that would be above freezing during the day and below freezing at night. I went off to buy my supplies which were; 15 Home Depot orange buckets & lids, 10 tree taps, and 30-feet of 5/16” hose. Some of you may wonder why Home Depot orange buckets. 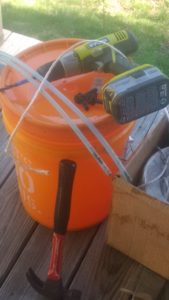 When you look at the bottom of those buckets, they are stamped with the “food grade” symbol and they are orange. Orange is a lot easier to spot than a white bucket when there are still several feet of snow on the ground or when it is still snowing.

Using a 5/16” drill bit I put a piece of blue tape around the bit at the 2” mark so I knew when to stop drilling the tree. With a few buckets, drill & bit, ¼” twine, pre-drilled bucket lids, tree taps and hose in hand, off I went to my pre-marked maple trees. I would drill a tree with the hole going a bit up to allow for easier sap flow. Clean the hole out as best I could of wood shavings and lightly tap in the tap with hose attached. Once that was done, I put one end of the ¼” twine around the tree and the bitter end through the handle of the bucket. Most of the buckets sat atop snow so over the subsequent days the snow would recede, and the twine would keep the bucket suspended. Last, I fished the hose through a pre-drilled hole in the bucket lid. Viola! I was done with bucket one. Now only nine more to go. 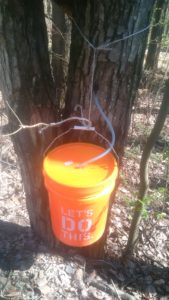 Only nine more to go

Several days after I tapped my trees, I looked out the window and saw a robin pecking away at a small patch of ground under a pine tree that snow had not accumulated during the last snow dump. Huh, interesting timing. Alas, the locals were right once again. That same day the sun was out, and it was a nice warm 34 degrees, so I headed off with two empty buckets and collected 10-gallons of sap from the ten buckets around the cabin. Put the sap in the shed and then headed out to buy a 55-gallon metal barrel, a few hinges, stove pipe and fire bricks. It was time to make an evaporator for the sap. I used this video from YouTube© as my guide to making my evaporator.

Once I was done making my barrel stove, I lit a fire to burn off the paint on the barrel and to see if it worked. I was not impressed with the way the fire burned because the wood just laid on the bottom of the barrel and there was little air flow around the logs. Did some research and found a grate that was made for a barrel wood stove. Ordered it along with two 5-gallon stainless steel hotel pans. Thanks to Amazon©, several days later I pulled out the fire bricks, put the grate in the bottom of the barrel, re installed the fire bricks and lit another fire. Now we had a nice hot fire going.

Once the barrel had cooled down, I cut two opening’s in the top of the barrel so the hotel pans could nestle in the top. These pans would be my evaporators. The one in the front was the heating evaporator and the one closest to the chimney would be the boiler. This location was the hottest place on my barrel stove. The plan was as the fire was blazing away, I would take the preheated sap from the front evaporator with a ladle and put into the evaporator at the back of the barrel stove which boiled away the water.

As the days progressed, I collected more and more maple sap from my trees. It got easier by the day as the snow was receding and snow shoes weren’t needed anymore. Once I had collected most of the maple sap the day of reckoning arrived and at 0700 hrs. on a nice sunny morning.

I started a fire in the barrel and poured about 3-gallons of maple sap into each hotel pan to get things started. During the day as the back-evaporating pan boiled down I would refill it using a ladle from the front evaporating pan. Then refilled the front evaporating pan back up from my collected buckets of maple sap. Watching maple sap boil is about as exciting as watching paint dry so when a group of friends showed up late morning, I was very happy. At last someone to talk with and share the hard work of making maple syrup. Chairs were arranged around the barrel stove, an Armagnac bottle appeared out of nowhere, and the stories began. 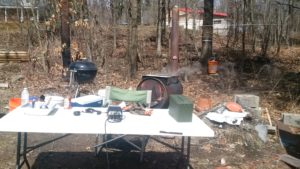 At noon MrsMac drove off to town to get a “big sandwich” and some additional beverages for the growing crowd of friends helping with the tiring chore of; skim, ladle, pour, load the stove with wood, and telling great stories. As the sun was setting the last of my friends had left and I had only boiled down about 35-gallons of maple sap. With 20-gallons still to go I let the fire go out, covered the two evaporators with aluminum foil, and went in for the night.

The next day found me out again boiling sap by 0900 hrs. By sunset I had boiled down all the remaining maple sap to about 3-gallons. I put the processed maple syrup into a 5-gallon stew pot, brought it inside and put it on our gas stove to finish the process. The final process is to boil off the remaining water to end up with one’s maple syrup for the following year.

You know you are at the right point when the sap boils up the sides of the pot not unlike when you scald milk. Like scalded milk, you do not want to allow that sticky lava like goop to boil over the sides of the pot. This requires constant watching of the bubbling syrup once the temperature reached 218 degrees Fahrenheit. The sap changes into syrup, depending on altitude, between 219 to 221 degrees. 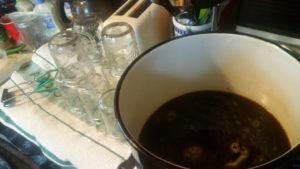 Off to the side I had a slew of 1-pint sterilized mason jars & lids ready for the big moment. Once the maple syrup had erupted, I turned off the heat, positioned a strainer over a jar and ladled the very hot maple syrup into the cloth strainer and filled up each mason jar and affixed the lids.

The next day I looked at my jars of pure delight and each jar had set and was sealed well. I counted my pint jars and I had eight with the ninth about three-quarter full. So out of 55-gallons of maple sap, I got just over 1-gallon or ~2% of all the maple sap collected. Typical harvest range for maple syrup from maple sap is 2-5%. I would have done better if I had only used “sugar maples” rather than the mixture of maples I did use. In subsequent years, I limited my tree selection to only sugar maples, and I get about a 3-4% return on my efforts.

We typically use about one quart of maple syrup a year. This leaves six or so pint mason jars to give away to special friends. We have been asked; why do you go to all the effort in making your own syrup? Our reasons are several. First, the syrup has a smoky flavor which MrsMac and I like. An older farmer friend tells me it tastes like the syrup of his childhood. Second, what a great skill to have in a SHTF period. To have the skill and the apparatus to make maple syrup … What a great bartering item. 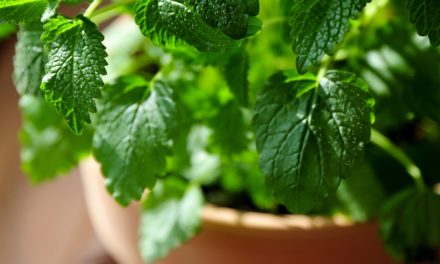 Notes on Medicinal Herbs, by BUSMC 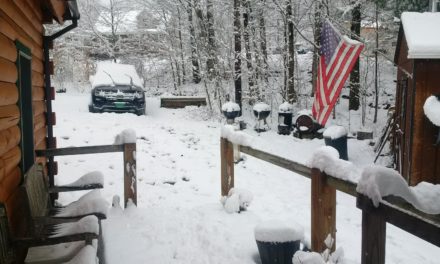 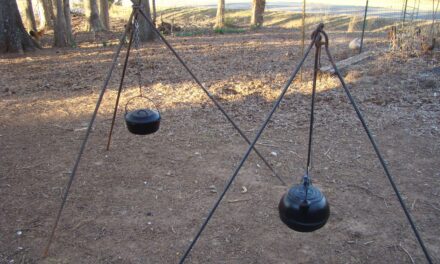 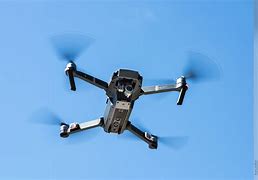