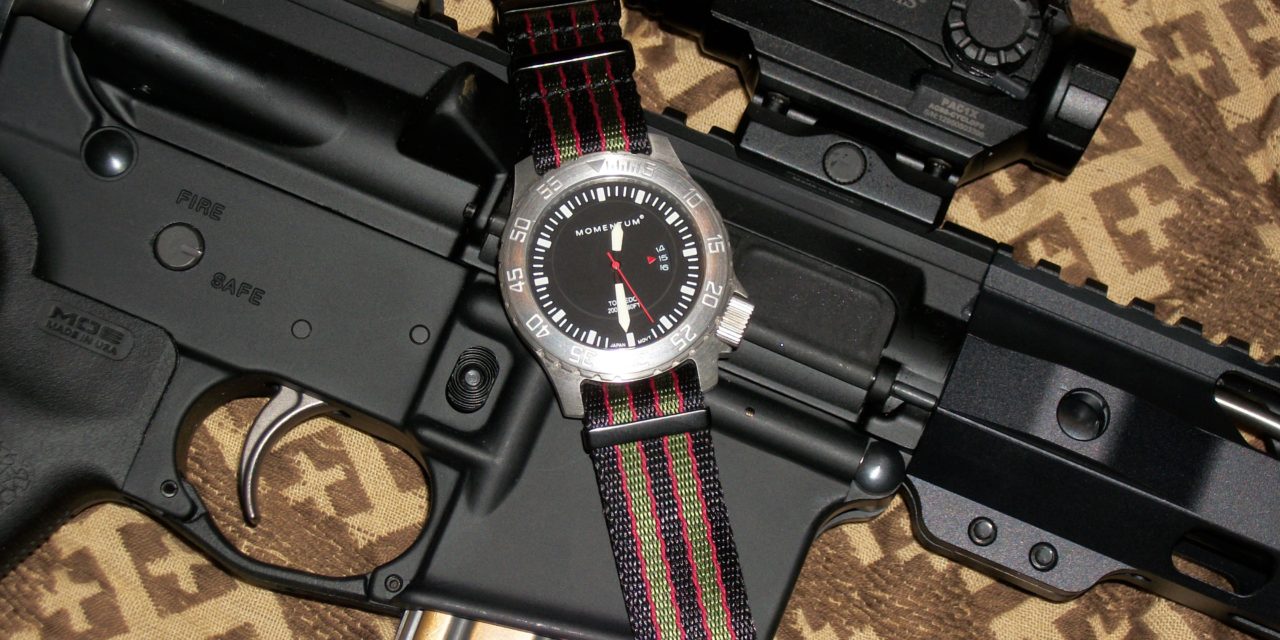 An essential part of my everyday carry is a quality watch. I’ve worn a lot of different brands over the years, from the humble G-Shock to Luminox, and I’m a firm believer that a decent watch should work two ways- be both rugged in build quality for any environment, but also suit the situation its being worn in. You wouldn’t necessarily wear that old beater G-Shock to a wedding, just as you probably wouldn’t wear a Rolex GMT into combat. Not that people haven’t- it wasn’t that long ago that Rolex was considered a high end tool watch rather than a symbol of luxury. I prefer to wear analog watches these days that can fill a number of roles from casual dress to a hard life in the field, and literally anything in between. Not that long ago I found myself in need of a new EDC beater watch that still looked classy and didn’t scream tactical. I picked up a Momentum Torpedo, I found it can fill any of those roles with ease.

Momentum is a sub-brand of the larger and well known St. Moritz watch company from Vancouver, Canada. They’re well known for making rugged dive watches that run the gamut from high end luxury to more practical designs, with Momentum being their few-frills Japanese quartz line. But for an analog dive watch there’s a few design characteristics that brought me to it as a design and them as a brand. 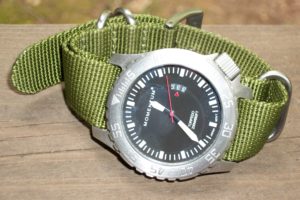 The first thing is the design itself- the all-stainless bezel matches with the body of the watch and contrasting directly with the black face. It reminds me of the high end Sinn U1, which is one of the most unique watch models out there and it definitely looks sharp. On top of that its build like an absolute tank, on par with more expensive mid-range watches from Seiko or Steinhart. The face is incredibly simple with easy to read lines and a date window that is not distracting with an efficient, if not the brightest, illumination. Its advertised as being shockproof and waterproof to 200 meters, and while I won’t be diving that deep anytime soon, it’s been just fine swimming around lakes and in the ocean. The crown is located at the 4 o’clock position which keeps it out of the way of your wrist, something that I’ve always liked about the Seiko SKX series. Last, but not least, it uses a 22mm NATO watch strap that’s easily changed for the occasion.

So far I’ve been wearing it all summer and I’ve got no complaints. Its rare to find something this nice at its relatively low pricepoint. around $100, that’s not made in China- its built on a Japanese quartz movement and assembled in Vancouver. If you’re looking for a relatively inexpensive but rugged and classy analog watch, you could do a lot worse than Momentum’s Torpedo. 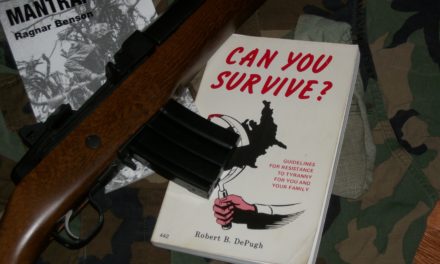 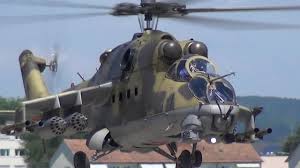 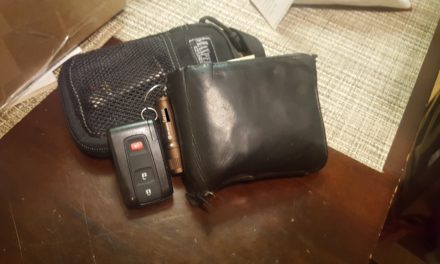 The OLIGHT I3E EOS: An EDC Keychain Flashlight for Under $10