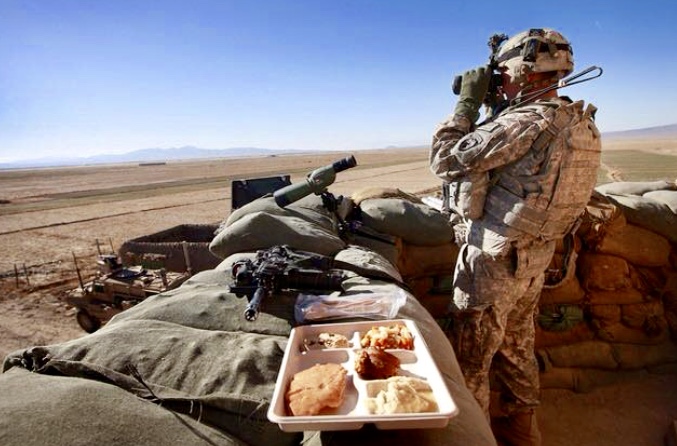 On this Thanksgiving Day, I’d like to mention a bit about the history of the Holiday and tell you all a few things I am thankful for, and give some encouragement to our readers.

Before I get started on that, I first would like to extend my gratitude to our military members who are going to spend their Thanksgiving away from home. I do recall spending Thanksgiving eating off of those paper trays you see in the photo above. Those trays sag when you pour gravy on them. We called the meals “hot A’s”. The hot A was the fresher cooked alternative to MREs in the field. That meal in the photo above actually looks pretty darn good to me…

The first Thanksgiving events took place between 1619 and 1621 in the area of Plymouth in present-day Massachusetts where the Puritans and Pilgrims had settled. It’s documented that there was a feast that was preceded by a good harvest, but the holiday was marked not as one of, by feasting and for feasting, but as a Holy day of thanks given to Almighty God. It’s believed by some historians that the Pilgrims may have done as much fasting as they did feasting.

It was George Washington who announced the first national Thanksgiving holiday in the United States on November 26 of 1789, stating it was to be “a day of public thanksgiving and prayer, to be observed by acknowledging with grateful hearts the many and signal favours of Almighty God“. The holiday was made “official” in 1863 by Abraham Lincoln, but wasn’t fully celebrated throughout the nation until the 1870’s saw the end of the Reconstruction period.

As I look at what I have around me and what I’ve been given by God, I thank Him for my amazing wife and my great children and the health of us all, for allowing me to find her and have our kids and raise them according to His will, and for the health of my parents and siblings and their families, and the health of my wife’s parents. I’m thankful to have a grandmother who is alive and doing well almost to the age of 90. I am thankful that my family is living under a solid roof, having clean water and healthy food, for the ability to protect my family and what’s been given to us, and to live in a country where, despite the faults it has, we are still currently in a position to fix those faults if we have the will to do it.

The Bible mentions giving thanks many times over, including in Psalms 95:2, saying “Let us come before His presence with thanksgiving, Let us shout joyfully to Him with psalms.”

Many of you will be eating great food with family and watching football this Thanksgiving holiday, but please remember that the day is meant to be a Holy day of thanks to the Lord, and reflection on what you’ve been given. Take some time to pray and speak with the Lord to thank Him directly for the blessings you have. Focus on your family and the good things you have going on in your life, and try to worry a bit less today about the trials you’re going through.

Now, as we observe the events that are taking place in the US today, and the events that may be coming, give thanks for where we find ourselves and then steel yourselves as the first Pilgrims did for the inevitable hardships that are coming. God helps those who help themselves and who use the time they’re given to prepare for the storm, or for the fight. I’m asked many questions by people who know me about the events they see on TV. Is Trump going to be impeached and convicted? Are we heading into a civil war? Is the fiat-debt economy going to collapse? Those are valid questions, but none of those are the right questions to be asking.

The right question is: Are you doing enough with the time and opportunities that you have to be ready for when it happens? Being grateful for what you have also means putting it to the right use.

Be thankful, keep your powder dry, and keep your hands busy. 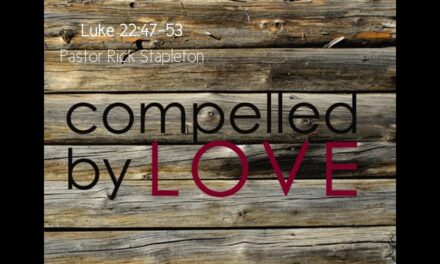