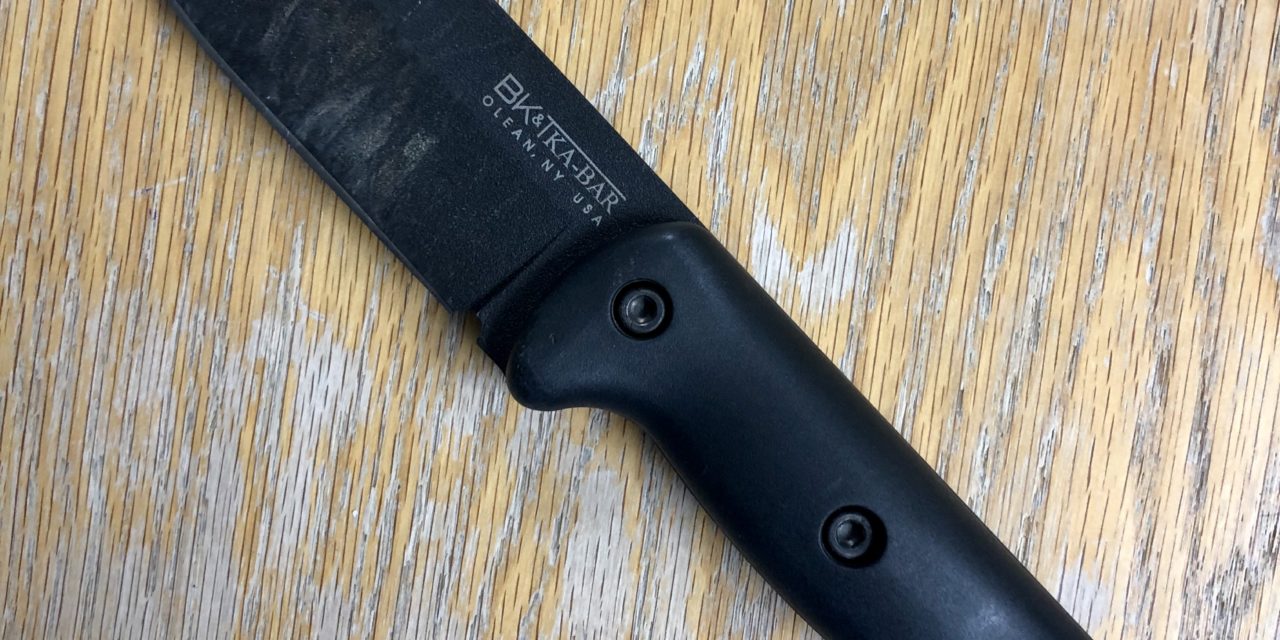 I’ve been carrying the Becker BK-2 as my primary bush-crafting knife for at least the last five years. It remains a part of my get-home-bag setup but I remove it often for bush-craft outings and camping trips. While it may be heavy to some (weighs in at about a pound), I find this to be an asset. The durability and usefulness of this brute of a knife lend itself well to many applications. While there is no jack-of-all-trades knife out there that can do it all, this one seems to check off more than it’s fair share of boxes.

Firstly, I’ll get into the complaints I see from most people about the BK-2. The weight is the first one. Like I said, it weighs a pound, so for people doing long distance thru-hikes and trying to shed ounces by selecting the lightest shoes or that ultralight backpack, this wouldn’t be the knife to bring along. However, on outings and camping trips where weight is at least a little less of a factor, this knife can adequately replace other tools. The knife has served as a hammer and a chopping implement for me in addition to it’s primary use as a knife, enabling me to leave the hammer and/or hatchet at home.

The second most common complaint I hear is about the scales. The scales are very smooth, this is true. Personally, I have not had any problems with mine, and this may be due to the fact that I’ve often been wearing gloves when I’ve used it. In any case, there are textured aftermarket scales that attach easily, or you can re-texture the factory scales yourself. There are two sturdy pins holding them onto the tang.

No more common complaints stand out to me. So speaking of the tang, it is a full-tang knife. I love this, because this is obviously going to give you the strongest tool. No worries about breaking the knife off the handle. The tang protrudes out at the bottom of the knife giving you a nice blunt edge to use as a cracking device or hammer.

The BK-2 is made from 1095 Cro Van steel, which is supposedly known to be on the brittle side of things if the blade is very thin. This knife, however, is NOT thin, and the 1095 suits it well. 1095 is great steel for a thick knife, and this one comes in at a quarter inch in thickness. Overall length is 10.75 inches, and the blade is 5.25 inches of that.

As you can see in the pic, it has a black, nicely textured drop point blade. Mine clearly has some use on it, and I’ve been impressed by how it holds the edge through chopping small trees and batoning through wood for a fire. Mine came with the polymer sheath, which holds the knife tightly with no movement no matter which way it’s turned, but still allows quite an easy draw thanks to a nice thumb ramp to press off of. Looking around online these days the BK-2 can be had on Amazon for $85.

The BK-2 is one of four knives that I personally choose from for my purposes over the last several years. It’s my primary bush-craft knife, usually paired with a Swiss Army Knife “Camper” model for the smaller tasks, like taking scales off of a pan fish. On a few occasions I have switched the Becker out for a classic US Army-stamped Ka-Bar (Olean NY) that I used in Afghanistan when I’m feeling old fashioned. My daily carry pocket knife is a spring assisted Gerber Covert folder I purchased at Camp Casey in Korea in 2011.

Tell us about your knife choice for outings and for everyday carry. 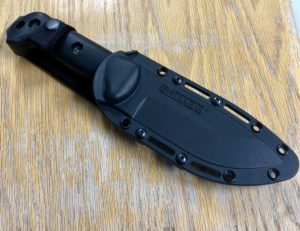 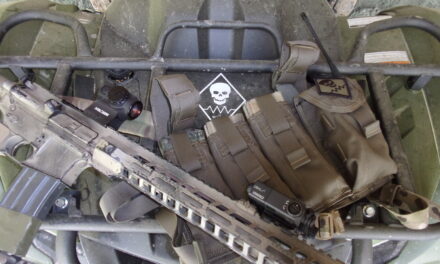 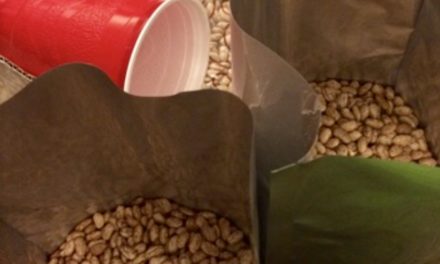 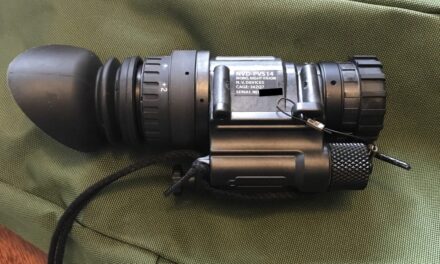