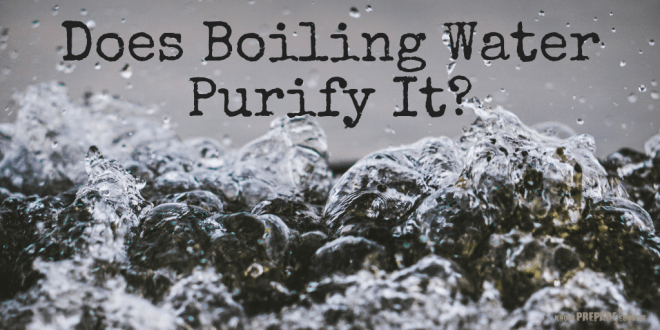 The following is a guest post from our friends over at knowpreparesurvive.com. -NCS

There is no uncontaminated surface water source in the world.

That may not be a technically true statement, but unless you’re drinking from a mountaintop spring right at the source, it’s a good thing to keep in mind to minimize risk.

And even if you’re drinking from that supposedly safe spring, there’s still a little bit of risk.

Bacteria, parasites, viruses, fecal coliforms, and other pathogens hide out in wild streams and rivers, making that water unsafe to drink.

If you drink a pathogen, such as giardia, you’ll develop diarrhea and worse.

I’ve had giardia. It’s not pleasant.

That’s why you’re supposed to purify any collected water before you drink it or cook with it.

The standard recommendation is to boil the water. But does boiling water really purify it?

You need to know many survival skills to flourish in the wild, such as how to build a campfire or use a lensatic compass.

One of the most important skills is how to get fresh water, free of pathogens.

The number one type of pathogen you’ll encounter in the wild is bacteria.

Those little fellers are all around us, but generally, your stomach and immune system can kill them off before they infect you.

However, if you consume a large enough amount of pathogenic bacteria, they will overcome your body’s defenses and take up residence inside your intestines.

Your gut, ah, won’t be happy about that.

However, there’s some good news.

Not just bacteria, but protozoa and viruses as well.

So yes, boiling water will kill off bacteria. I’ll cover how much boiling you need to do later.

Hold on a minute.

Pathogens are not the only potential contaminants. Heavy metals are dangerous as well.

Lead, arsenic, and mercury (among others) are all dangerous heavy or toxic metals. Water can extract them from the ground and carry them in streams to your water bottle.

Unfortunately, boiling does not remove these metals. In fact, they will concentrate in the remaining water.

That’s because the water vapor made from boiling can’t carry off any of the contaminants.

Thankfully, though, most natural water sources are not filled to the brim with toxic metals.

In fact, though the water constantly leeches the metals, it also constantly washes them away. Unless you’re drinking a lot of unpurified water over a long period of time, don’t worry about it.

Generally, you don’t have to worry about heavy metal even in wild water unless the area has an extra large concentration of one of those metals.

Does Boiling Water Make it Safe to Drink?

The answer to this question is, generally, yes.

The vast majority of the time, the only contaminants you have to worry about are biological pathogens.

Boiling takes care of those. 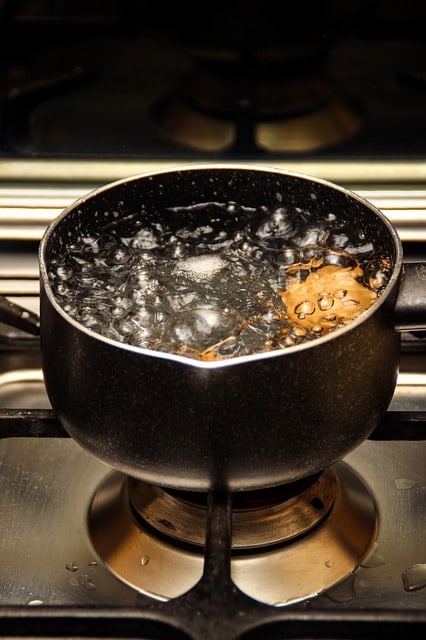 Chemical, metal, and radiological contamination can occur but in very rare circumstances.

All of those require more processing than mere boiling, but won’t flood streams every day.

For chemical contamination, pay attention to local factories a

Sure, it looks clear and safe, but a deer pooped in it just upstreamnd any chemical spills. Boiling won’t make the water downriver of those safe.

For metal, the United States Geological Service tests water sources for metal and radiological contamination. Check out their data and avoid areas with lots of lead mines, otherwise boiling won’t make the water safe to drink.

So, if you’re dealing with a river flowing through your average forest, boiling will make the water safe to drink.

How Long Should You Boil Water?

I’ve seen many pieces of advice on how long to boil water to purify it.

You don’t need to spend that long turning water into water vapor.

In fact, you don’t need to boil the water at all!

According to the World Health Organization, one minute at 158 degrees Fahrenheit will take care of almost all pathogens in water.

Water boils at 212 degrees Fahrenheit, so by the time you heat the water up to boiling, it’s been above 158 for long enough to kill most of the pathogens.

For an added margin of safety, the Center for Disease Control recommends boiling the water for at least one minute.

You can even sterilize tap water this way if your water company says that there has been contamination.

However, pay attention to the type of contamination. Remember, boiling doesn’t purify everything!

How Can You Purify Water Without Boiling it?

Boiling water is great. By the time you’ve boiled the water for one minute, it’s almost completely sterile, and anything left behind will not have enough of a population to infect you.

However, boiling is not always an option.

Boiling water requires fuel, and you may not always have fuel. Even in a forest, the wood may be too wet to burn.

So, what do you do when you need to purify river water but can’t boil it?

One of the easiest options is to carry around chemicals to sterilize the water.

Bleach can do this, but I don’t suspect you don’t want to lug a jug of bleach around the woods.

Iodine tablets are my choice. Each tablet is tiny and can purify a large amount of water.

The disadvantage is an iodine taste in the water, but some brands have neutralizing tablets that get rid of that taste.

I keep tablets from Potable Aqua in my truck, just in case I ever need to bug out or get stranded somewhere and run out of bottled water.

You can use sunlight to purify your water!

The easiest way to do this is with a plastic bottle. You want a clear bottle made from PET. Colored, glass, or other types of plastic bottles can block the UV rays. Remove labels, too.

Fill the bottle with clear water and put it in full-sun, laying on its side.

The plastic traps the heat and concentrates the UV rays, killing pathogens in the water.

If it’s sunny, you can drink the water after 6 hours, though longer is better.

If it’s cloudy, this will still work, though you need to wait longer than 2 days for the water to be sterilized.

However, if it’s raining, SoDis won’t work. Try harvesting the rain instead! 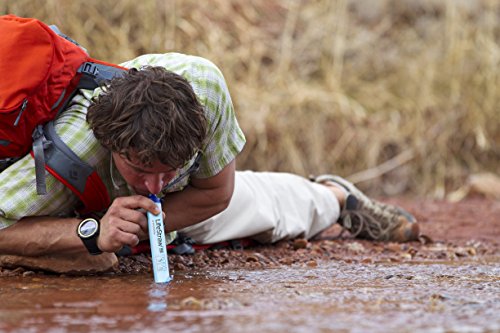 I’ve used the LifeStraw to drink out of a river before. One straw will last you for three years of daily use and will remove almost all biological contaminants.

They aren’t very heavy either (though they are a little bulky), so it’s not difficult to throw one into your bug-out bag.

When in the wild, purifying your water is important.

Having diarrhea when there’s nobody else around can put you in a terrible situation.

Thankfully, boiling water for even one minute will disinfect the water and make it safe to drink, most of the time.

Yes, boiling water for at least one minute will kill viruses and bacteria. It will not remove any sediment, debris, or tastes from the water, however.

Does boiling water in a kettle purify it?

Yes. This is probably the easiest and most efficient way to boil water. Good to know all those cups of tea were free of bacteria and viruses (at least the water was)!

Does boiling tap water clean it?

Yes and no. At a microscopic level, all of the viruses, bacteria, Giardia, and Cryptosporidium will be removed but you will still need to filter out any larger contaminants like dirt and debris. Also, to purify the sulfur water to get rid of the taste, you will need to use another method such as bleach or condensation.

Is boiling water enough to make it drinkable?

It depends. If you are boiling tap water, you’re probably fine. If you’re trying to clean water from a lake while you’re out in the wild, you’re going to need to filter out larger contaminants like sediment, pollutants, etc. I should also note that if you suspect your water may contain lead, you will have to use another filtering method like reverse osmosis, carbon filters, or distillation. 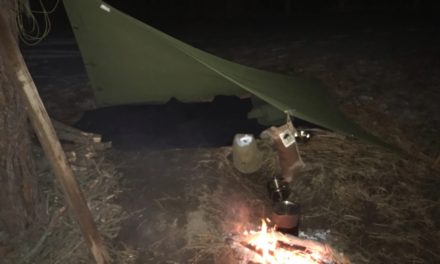 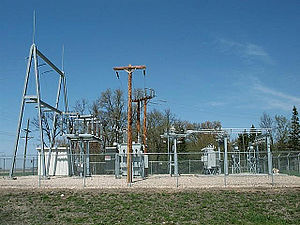 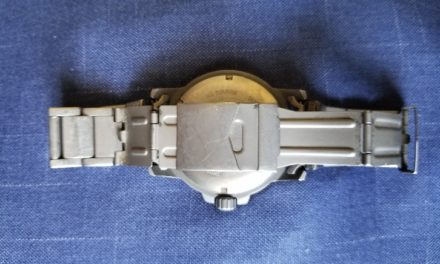 DEFEATED BY A WRISTWATCH, by DVM