Any readers of American Partisan who are interested in understanding the evolution of ABR (Antifa-BLM-RevCom) tactics and strategy should make Andy Ngo’s Twitter feed a daily stop. Ngo is literally orders of magnitude better than any other internet or MSM reporter when it comes to finding and uploading the most important ABR video links. Nobody comes close. I don’t quite understand why even FOX News and OANN don’t use the material he uncovers. Perhaps “normie” Americans are just tired of seeing riot videos from Portland, Seattle and other cities after more than two months of unrest. Call it “riot fatigue,” perhaps.

But to quote the Russian Communist revolutionary strategist and civil war leader Leon Trotsky, “You may not be interested in (civil) war, but (civil) war is interested in you.” Therefore we students of civil war must rise above our riot fatigue to closely study the daily video clips for the lessons we may glean. “Portland is prologue,” to coin a new phrase.

Over the past week we have seen a shift in tactics by ABR, away from just attacking courthouses and police precincts, toward roving bands of violent vandals roaming downtown and suburban areas. This video was posted this morning by Andy Gno:

“Marauding antifa black bloc in Seattle smash up property as they march around the city. People watch in disbelief. No police.”

Portland Police have also increased the severity of their response. In this video, an ABR driving a vehicle had been defying police orders to stop cruising through their police lines in an attempt to disrupt their advance toward ABR rioters. They cut his tires to immobilize him. The comments following this post are well worth reading and at times hilarious, as well as providing context.

“Antifa driver who was blocking the road gets his car tires slashed by Portland Police.”
ABR are now using paint-filled lightbulbs as projectile weapons:
Antifa groups share manuals & instructions on how to make “paint bombs” by filling lightbulbs with paint. The goal is that the shattered glass cuts you and the paint goes into the wounds.
Here, Andy Ngo links to an article explaining how ABR uses the concept of “leaderless resistance” to avoid scrutiny and legal action.
“Antifa militants claim that they are part of a leaderless movement. This does everything to advance their cause, while giving them the plausible deniability they need”
And here is today’s most important link. Study this Antifa strategic discussion thread closely. ABR is attempting to exhaust and demoralize LE by using tactics that tread right up to the line that would provoke a live-ammunition response. It’s very well calculated, nothing is random or occurring by happenstance. In my own opinion, the communist lawyers (National Lawyers Guild and others) who are present at riots to take the information of those who are arrested, in order to spring them from custody, are very likely also the ABR strategists who are calculating that fine line of avoiding a live ammo response.
ABRs will throw large rocks at the heads of police, throw commercial-grade fireworks, slingshot large steel ball bearings, attempt to blind with powerful lasers, smash windows, destroy ATMs and so on, while attempting to goad the police into using deadly force, so that they can claim the “moral high ground,” and then escalate the violence while claiming “self defense,” knowing that their allies in the Marxist Media will support their narrative. Please read what Antifa strategists say about their tactics. Kudos to Ngo for finding and posting these links.
Andy Gno: “This popular antifa account says the goal of the riots in Portland is to exhaust police physically & financially until they are no longer able to function. The long thread goes on to say that provoking a response is intentional for propaganda purposes & to radicalize the public.”
I have been told by my own sources that ABRs are actively “doxing” the home addresses of LE, then posting their photos and addresses on the “dark web” for exploitation. Attacks on LE at home have included ringing doorbells, and then using powerful lasers against the eyes of anyone using their peephole to see who is outside. Beware of using peepholes: as violence escalates, lasers can easily be exchanged for pistols. Instead, use security cameras, motion detectors, motion-activated security lights and other alarms that will be triggered by intruders.
Watch this short video, where a woman on her own doorstep has multiple green lasers shined in her eyes from just feet away.
Personally, I feel that the use of lasers with the intention to blind LE , bystanders or civilians at home should be made a serious felony with long prison sentences attached. Possession of a laser with a power above a minimal threshhold at a declared riot should also be a felony with prison time.
ABR terrorists who are attempting to goad LE into an armed response might get more than they bargained for from civilians who are not bound by LE rules of engagement when ABRs take their Brownshirt tactics into the suburbs. We all watched a small ABR gang being thrown out of Fort Collins, Colorado last weekend:
“Antifa commies got a lesson the hard way when locals chased them out of town”
In this Colorado brawl, the patriots kept their pistols in their concealed holsters, even when an ABR pulled a knife. But sooner or later, this is going to turn into a gun fight. Shots have been fired in anger in Provo, Austin (with an ABR fatality), and elsewhere, but so far we have not seen an actual two-way firefight between ABRs and patriots. It seems to me that ABR has become far too complacent about their own safety based on their dealings with police who have strict ROE and oversight. At some point, they are going to push too hard against patriots in the suburbs, and somebody is going to open fire on them. IMHO, a green-laser, commercial-fireworks or other ABR attack on a doxed patriot’s front lawn might well bring out neighbors who are toting highly lethal defensive weaponry.
The communist NLG lawyers and other ABR strategists who are guiding this planned escalation will be happy to see this occur, because they believe that their allied Marxist media will describe the bloody mayhem as “a massacre perpetrated by white racist nationalist extremists against peaceful protesters who are just out for social justice.”
It remains to be seen what normal, average Americans will think, no matter how it this will portrayed in the MSM. 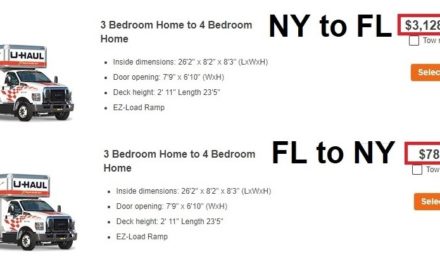 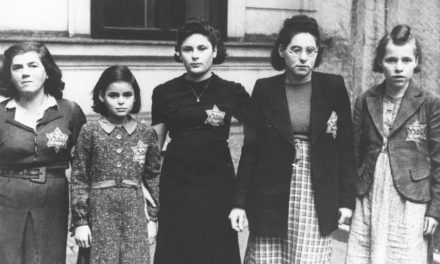 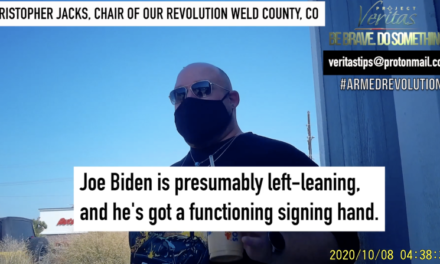