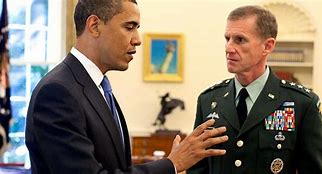 As linked the other day in TX2Guns’ piece on the same, the complete article needs posting due to its criticality of message. It should serve as a wake up call to what we’ve been pointing out since the beginning of American Partisan- that the real goal of Social Media as an entity is mapping out associations between individuals for future predictive analysis. This was used to spectacularly good effect during the so-called Arab Spring, and is a highly useful tool for counterinsurgencies as well. McChrystal is a major proponent of the management behind all of this, and his re-surfacing sheds a public light not just on what he’s been up to for the past several years but what they’re preparing to do with it. So if you’re wondering why the knives continue to be out for anyone with a dissenting voice while they do nothing but enable the most disgusting and degenerate of Leftists, now you know.

This development should not be surprising. While Trump enjoys overwhelming support from the military rank and file, the brass has been largely corrupted for some time. As the President himself pointed out, many of the Generals and national security bigwigs have their fortunes tied to the continuation of precisely the never-ending war policies that Trump successfully ran against in 2016.

General Stanley McChrystal is a certified military brass swamp creature deep in the bowels of the military-industrial complex. His specific business ventures are disturbing, even by swamp standards. According to a Fox News report, General McChrystal was involved in a venture that aimed to redeploy information warfare tools–originally designed to combat ISIS–against Trump supporters:

The Washington Post first reported that the initiative, called Defeat Disinfo, will utilize “artificial intelligence and network analysis to map discussion of the president’s claims on social media,” and then attempt to “intervene” by “identifying the most popular counter-narratives and boosting them through a network of more than 3.4 million influencers across the country — in some cases paying users with large followings to take sides against the president.”

Social media guru Curtis Hougland is heading up Defeat Disinfo, and he said he received the funding from DARPA when his work was “part of an effort to combat extremism overseas.”

After this article was published, the Post updated its reporting to clarify that Hougland was “using open-source technology initially incubated with funding from DARPA.” The Post originally reported: “The initiative is run by Curtis Hougland, who received initial funding for the technology from DARPA, the Pentagon’s research arm, as part of an effort to combat extremism overseas.”

Hougland explained in an interview with the Post that he was unhappy that top social media accounts often supported Trump, and had effectively defended the president in recent days from claims that he had suggested Americans inject themselves with disinfectant. [Fox News]

So here we have a former General involved in an effort to censor the President of the United States and his supporters, using information warfare technology originally intended to fight ISIS terrorists. This is neither the first, nor will it be the last such example of a former national security officer using tools designed to fight America’s adversaries against Trump-supporting American citizens.

Jigsaw, a technology incubator within Alphabet, says it has developed a new tool for web publishers to identify toxic comments that can undermine a civil exchange of ideas. Starting Thursday, publishers can start applying for access to use Jigsaw’s software, called Perspective, without charge.

“We have more information and more articles than any other time in history, and yet the toxicity of the conversations that follow those articles are driving people away from the conversation,” said Jared Cohen, president of Jigsaw, formerly known as Google Ideas. [CNBC]

“Toxic” is, of course, a term of art used by censorious globalists to justify shutting down speech they don’t like.

Discussion in comments sections often devolves into an offensive and hateful exchange unless it is carefully managed. This has prompted some publishers to turn off the comments section on articles because moderating them can be time-consuming and difficult.

With machine learning, a computer system is programmed to learn from repetition. It takes in training data — essentially, example after example — until it is familiar enough to anticipate with a high degree of confidence the proper response for a given situation.

In this instance, Jigsaw had a team review hundreds of thousands of comments to identify the types of comments that might deter people from a conversation. Based on that data, Perspective provided a score from zero to 100 on how similar the new comments are to the comments identified as toxic. [CNBC]

In case there was any doubt about the political bias of this technology, the first use-case should offer a pretty clear hint:

Jigsaw worked with The New York Times and Wikipedia to develop Perspective. The Times’s comments section is managed by a team of 14 moderators who manually review nearly every comment. [CNBC]

And in case there was any doubt about Jared Cohen’s national security bona fides, the following passage should offer similar clarity:

Cohen’s directorate appeared to cross over from public relations and “corporate responsibility” work into active corporate intervention in foreign affairs at a level that is normally reserved for states. Jared Cohen could be wryly named Google’s “director of regime change.” According to the emails, he was trying to plant his fingerprints on some of the major historical events in the contemporary Middle East. He could be placed in Egypt during the revolution, meeting with Wael Ghonim, the Google employee whose arrest and imprisonment hours later would make him a PR-friendly symbol of the uprising in the Western press. Meetings had been planned in Palestine and Turkey, both of which—claimed Stratfor emails—were killed by the senior Google leadership as too risky. Only a few months before he met with me, Cohen was planning a trip to the edge of Iran in Azerbaijan to “engage the Iranian communities closer to the border,” as part of Google Ideas’ project on “repressive societies.” [Wikileaks]

These two troubling cases must be understood within the context of the undeniable corruption of large swaths of America’s national security bureaucracy–from the CIA, to the FBI, to the DOJ, to other top military brass. Over the past four years we have seen how each institution has been corrupted and repurposed–not to advance American national security interests, but to suppress expressions of populism and nationalism domestically. Ironically, while the national security establishment likes to accuse its adversaries of using weapons “against their own people,” increasingly corrupt elements of the national security state are doing just that—repurposing our vast security apparatus to suppress political expression and activity at home.

Perhaps the most disturbing example of this is the recent claim by the FBI and Department of Homeland Security that “white supremacy” is the biggest national security threat. True white supremacy is virtually non-existent in the United States, and any efforts to “combat” white supremacy simply amount to code-language intended to justify the use of the security apparatus to intimidate and silence conservatives, populists, and nationalists.

The case of McChrystal, his fellow general Mattis, and similarly corrupted individuals in the broader national security apparatus force us to acknowledge difficult truths. Just as Americans had to learn the hard way that corporate America has become fully corrupt with woke ideology, so must they now confront the reality that the same disease has thoroughly infiltrated institutions that Americans traditionally thought of as patriotic and conservative. This infiltration includes the police forces, the FBI, and even the Military, and it goes all the way to the top. As this process accelerates, we run the risk of having our country’s formidable security apparatus increasingly abused for political purposes–specifically to persecute and suppress conservatives.

Such disturbing developments remind us of the stakes of the broader political struggle in which we are engaged as citizens and patriots. We must come to realize that every single institution in the country has come under the control of forces that are utterly hostile to the interests of the American people. To acknowledge this reality with a sober and clear eye is not to give in to demoralization or defeatism. To the contrary, only with a clear eye as to the nature and scope of the challenge we face will we be able to successfully rise to a moment that calls for the very best in us to save our great, and greatly imperiled nation. 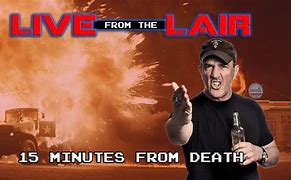 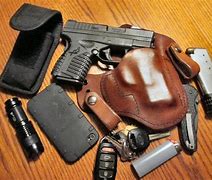 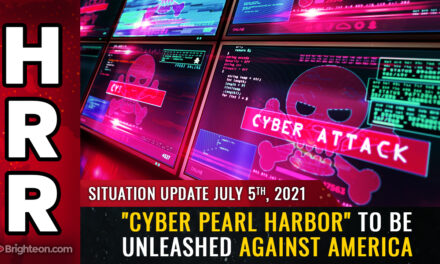 Mike Adams: Japan defense official warns that China is planning a “Pearl Harbor” strike on America, and it will likely target the power infrastructure