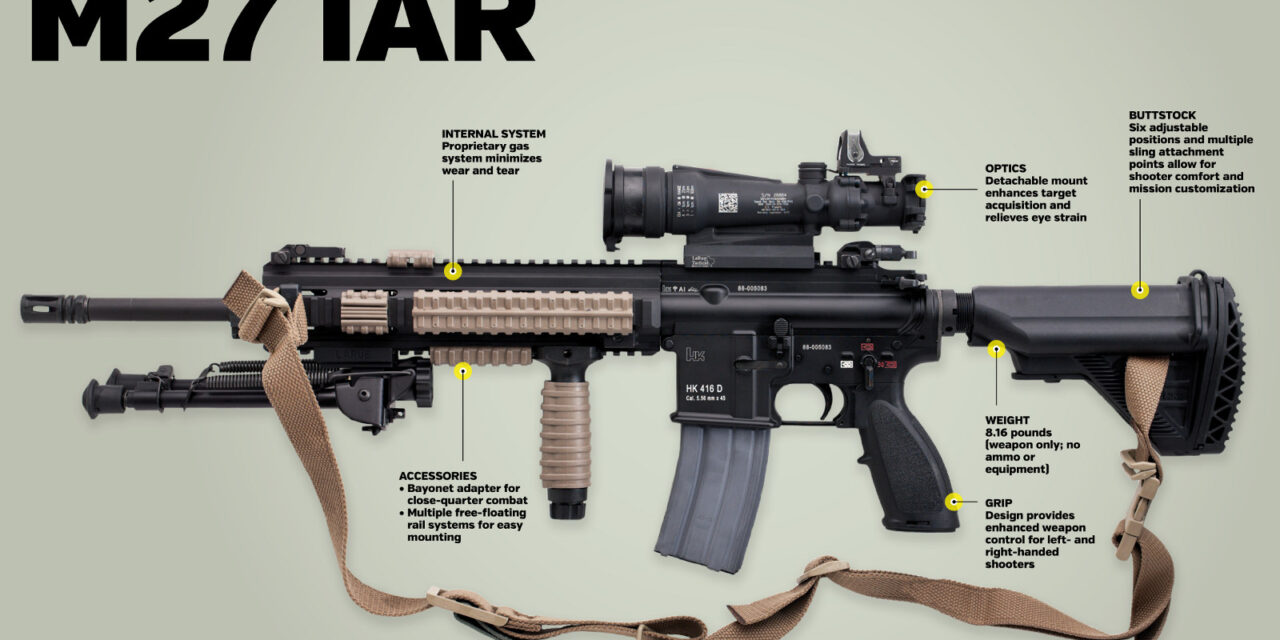 There is a lot that has changed with the AR-15 in the last 6 decades. Especially in the last two decades. Thanks, largely, to the commercial market taking advantage of the end of the 1994-2004 AWB, and the popularity of the GWOT’s weapon of choice; The infamous, and ever ready, M-4 and M16. Advances in material sciences and manufacturing have also contributed to advances in many weapons around the world. Lighter, stronger, more accurate; We truly are living in the future.

The latest concept is the M-27 IAR. I think the M-27 is brilliant; As long as every single person is equipped with one. They can carry more ammo instead of more gun, and use multiple shooters to compensate for the lack of a belt fed system.

Other authors have written on this topic. Type SPR by N.C. Scout or ADW by Hawkeye into the search bar. Those are great concepts to model a rifle after. And you don’t need exactly the same setup; Understanding the role is most important. Both of these systems are more than “AR-15”; The theory of employment, and methods of fire involved in each is unique, and the rifle is flexible enough that it can be employed in either role if necessary.

My weapon, an old school Noveske, was parted together like Frankenstein using a specific set of parts. There are no accidental or unintentional parts on this weapon. The role of this weapon is to fill the gap ordinary citizens are lacking; The M-249 SAW, or Squad Automatic Weapon. The SAW is  modern weapon you simply cannot fight without in a modern war. The Russian equivalent is the RPD, firing a standard cartridge shared with the AK-47. This weapon is my conceptual copy of the role that the new, M-27 IAR, fills. The M-27 IAR is the western version of the righteous “RPK”; A larger, overbuilt AK-47 with a bipod, heavy receiver, medium weight barrel, gunner friendly stocks, and a windage adjustable rear sight. This is used, in pairs, as a support by fire weapon for assault elements.

What is Support By Fire?

“The SBF element’s focus is to gain fire superiority and cover the maneuver of the assaulting force as it gains a foothold onto an objective. Establishing the SBF is as critical to the deliberate attack as conducting the assault. Without the SBF, the assaulting element has to contend with an enemy that is presented with only one problem. When the assault element is covered by the SBF element, the enemy is now presented with a dilemma. A dilemma [which] causes the enemy to change their plan as they contend with multiple problem sets causing a weakness in their force, disruption of their current plan, and their ability to fight effectively.” –SFC Carter H. Conrad and SFC Johnny Tinsley, U.S. Army Infantry School Fort Benning Georgia.

A necessary preparation during all offensive and defensive actions.

Why use a wild chamber and MG steel? Two reasons, first, “MG” steel alloys handle heat MUCH better than your average barrel. Although, today’s material sciences are much, much better than they were 14 years ago when I built this rifle. Today’s barrels can be just as good as mine, if you purchase one with the correct specs, without the wild price tags of yesterday. You do need a machine gun steel barrel or a “stress relieved” barrel because the heat wave produced by normal barrels can be aggressive, blocking your view of the target with the mirage, the heat also causes a point of aim shift that can be dramatic, and can open your groups up considerably from 3-4 MOA to 6-8 MOA. The “Wylde” chamber does a good job of being a “middle of the road” chamber spec for a good general purpose “bullet-to-bore” mating which promotes accuracy and precision depending on the ammo used.

In other words; This chamber shoots most ammo quite well (Link Below)

The optic, a Leupold MkVI CQT, provides an excellent field of view, is crystal clear, takes one AA battery, and illuminates an etched “circle-dot” reticle. It doesn’t get washed out by bright lights, or brake lights, like a red dot can. Ask me how I know… The CQT is a dinosaur of an optic; I really like it and frankly don’t know why it was discontinued. It is zeroed to the reliable 25/350 meter standard for 18-20 inch barrels. It shoots one ragged hole at 25 meters, and is a 3-4 MOA weapon using M855 LAP ammo. The circle-dot allows me to adjust my point of impact rapidly if I witness any deviation from my point of aim; Assuming I can see the impacts. Observing splash effect from rounds requires a mix of good position and environmental considerations like vegetation, backdrop, and soil media.

The stock, a Magpul PRS, provides me with a lot of real estate to get a nice machine gun style grip and firing position. The pistol grip and vertical grip fill out my gloved hands nicely and both hold an oil bottle and bore snake respectively, and the bipod keeps me on target as I rock the cassette style drop-in 3.5 pound CMC trigger. A good trigger matters, but not as much as good fundamentals and practice. The trigger promotes good discipline and limits the volume of fire to something more controllable than a “binary”, “echo”, or “forced reset” trigger.

I can fire magazine after magazine with this rifle and the zero doesn’t shift at all and the machine gun grade steel barrel cools right down with a degree of speed not seen on my other AR’s. The fluting cuts some weight off an otherwise heavy for it’s class rifle, and, I’m told the fluting adds some rigidity, while increasing surface area for cooling. The grip panels prevent a heat wave from washing out my line sight and act as a heat sink to help cool the weapon. You would have a hard time firing this weapon fast enough to overheat it, or even carrying enough ammo to achieve this goal except on the hottest days in direct sunlight.

I own several AR’s designed to this type of standard. Each one with a personality of it’s own; Some are large, medium, or small. All have red dots or telescopes. Some are lighter, more compact, or more traditional in their appearance, but the core “SSAR-15” concept is there. The mission of support by fire is the function that drives the form; Which is accuracy and a high volume of fire when needed while providing a clear field of view through my sights.

How do you use it?

Just the same as any AR, but in the role of a semi-automatic machine gun. The SSAR-15 makes a good weapon for handling multiple threats, patrolling, stopping an advance, or covering an element’s movement to an objective. Having lots of rounds on tap helps too. I like the products linked below. The “Ready Mag” system is also pretty cool.

The Redimag System. (Linked Below)

The Sarco Mag Holder. (Linked Below)

Consider building an SSAR of you own. You already have most of the parts and the MG steel barrel isn’t a priority, but it helps, and there are zeroes you can use to compensate for this. You can also turn your AK into a Mini-RPK. Don’t use cheap grip panels, they will melt quickly.

Some quality grip panels linked below. 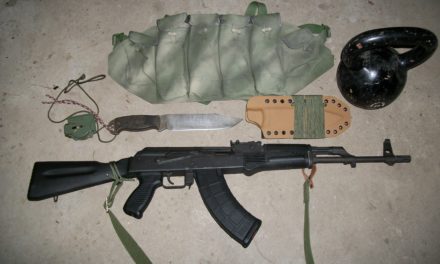 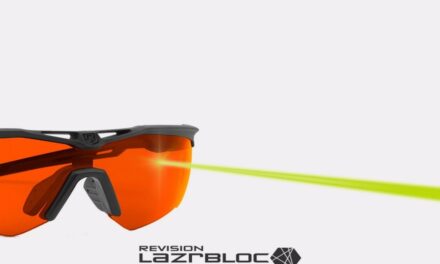 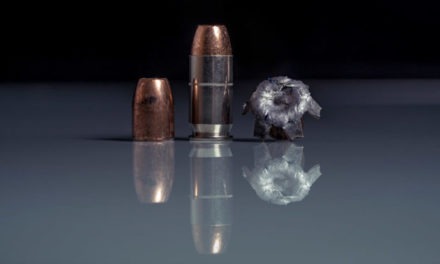