On 9 February 2021, an unknown drone was sighted surveiling Kinder Morgan’s fuel tanks in vicinity of Davis-Monthan Air Force Base. The incident, described further by online magazine The Drive, (https://www.thedrive.com/the-war-zone/40756/new-details-emerge-on-the-highly-modified-drone-that-outran-police-helicopters-over-tucson) caused quite a bit of concern by the aerial interdiction unit of the US Customs and Border Patrol. Described as being ‘highly modified’, it outran the CBP helicopter and also was able to evade the night vision capabilities of the flight crew. This is an indication of technology far beyond that of even the CNGJ drug cartel. While details are still scarce other than what’s been reported, we cannot rule out nation state backing for the incident.
Who would posses technology on par with the exhibited capabilities? The US, Israel, Russia and China. Of those, the most logical source would be China- the Chinese Communist Party has had major influence in the region since at least the early 2000s, investing in infrastructure along the southern US border and even purchasing the largest radio & television station in Northern Mexico (https://www.americanpartisan.org/2018/08/chinese-purchase-large-mexican-radio-station-near-us-border/). So it would not be outside the realm of possibilities that the Chinese are indeed fielding their own Intelligence, Surveillance and Reconnaissance (ISR) drones in the region. This would also be a perfect opportunity to experiment with their own capabilities in a relatively low threat environment, especially considering the weakness of the current US administration on border protection. Such moves could be made almost unimpeded. Were China to field their ISR drones along the southern border, what would be used? 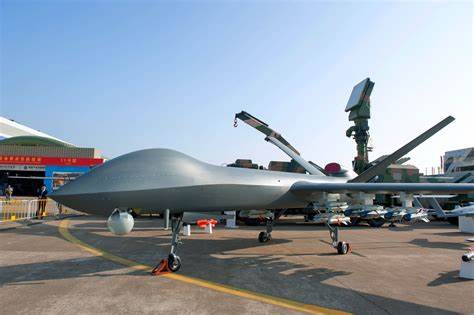 One of the primary missions would be to conduct not just intelligence collection near our southern border airbases but exploitation in the form of electronic warfare (EW). China has purpose-built EW drones, most recently the Y-8 (https://www.defenseworld.net/news/20091/China_displays_Electronic_Warfare_Capable_Drones#.YMUDHEwpDIU) both to field to the PLA but also for export to nations such as Egypt and Saudi Arabia. 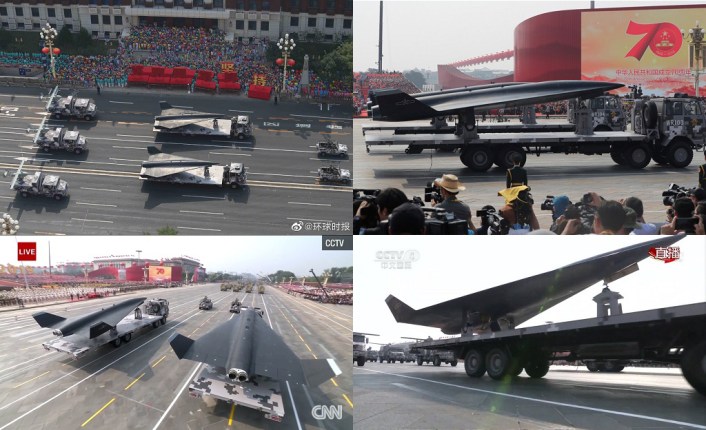 Another potential suspect is the Chinese GJ-11, also known as the ‘Sharp Sword”, a multi-mission hypersonic stealth drone unveiled in October 2019 (https://theaviationist.com/2019/10/01/china-unveils-a-new-supersonic-spy-drone-during-massive-military-parade-in-beijing-and-heres-our-analysis/) . The aircraft itself maintains a very low profile, resembling the Lockheed D-21 and was designed with comparable capabilities, including radar scrambling skin more commonly known as ‘stealth’ technology.
Either drone would fit the scenario of the described incident, with the aircraft easily outrunning the CBP helicopter in pursuit. This is just one of the more recent of many, many incidents occurring more frequently along the US Southern border, which was documented in the original article from the Drive annotated above. It is also important to note the large number of Chinese real estate investments in the region as well which could potentially serve as a future base of operations. One of the first and most obvious requirements would be a paved runway surrounded by obscure terrain, such as what’s found in southern Texas. 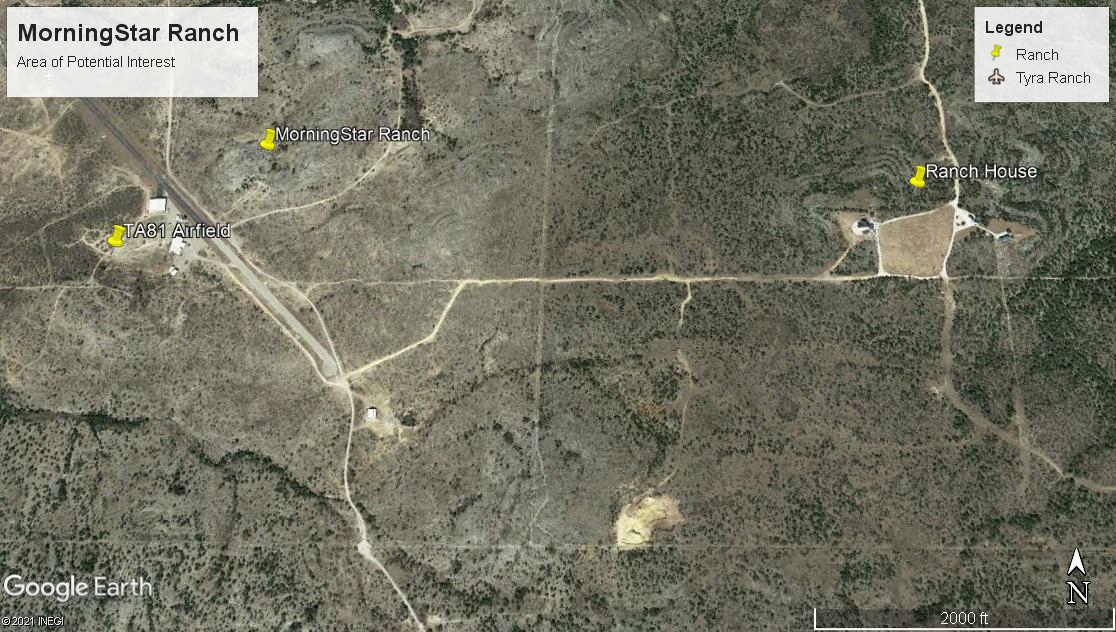 As has been reported by my sources in the region, including several individuals in the Texas oil industry, one of the more interesting investments the Chinese have made is in a large ranch called MorningStar not too far north of Del Rio and Laughlin Air Force Base. Del Rio is one of the epicenters of the illegal border crossings and well known to CBP and Texas law enforcement for heavy cartel human and drug smuggling. The Chinese investments under the guise of real estate development and investment in green energy, paint a far more nefarious picture, especially concerning their larger plans for US destabilization detailed in Unrestricted Warfare (https://en.wikipedia.org/wiki/Unrestricted_Warfare). 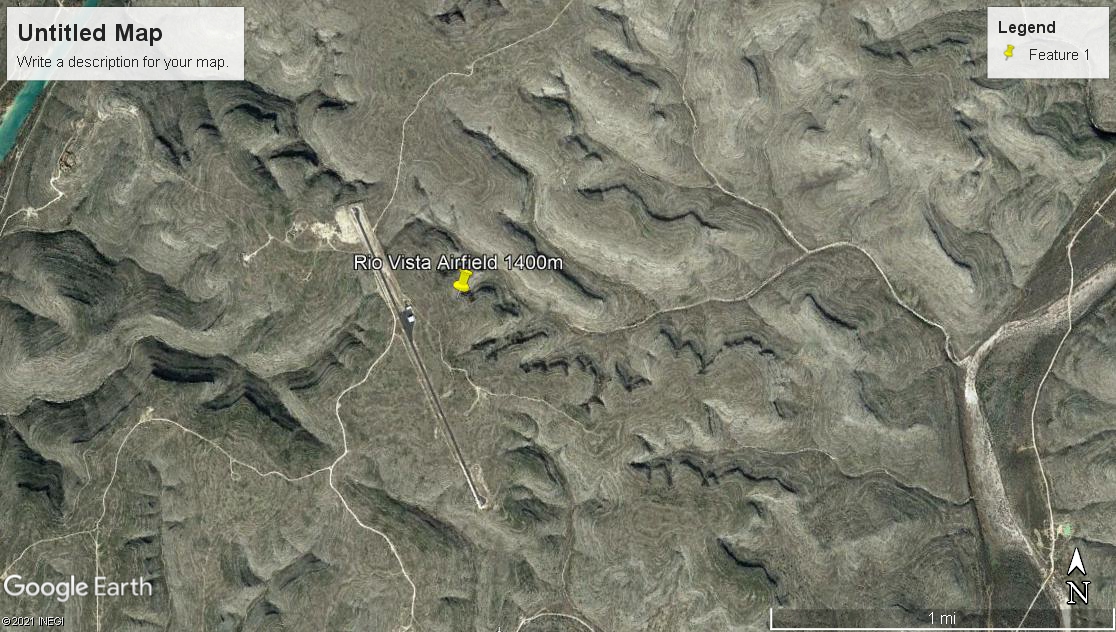 MorningStar Ranch has a large paved airfield on site, FAA callsign TA81, which could support the launching of drones, as well as a variety of other missions. According to the FAA it is listed as being permanently closed, which is odd given its well maintained appearance. It has an adjacent and equally capable airfield just to the northwest as well. The ranch is owned by a allegedly former Chinese military official by the name of Sun Guangxin (https://www.msn.com/en-us/news/us/texas-stops-chinese-billionaire-from-building-wind-farm/ar-AAKrkeu) most recently prevented from building a large scale wind farm. 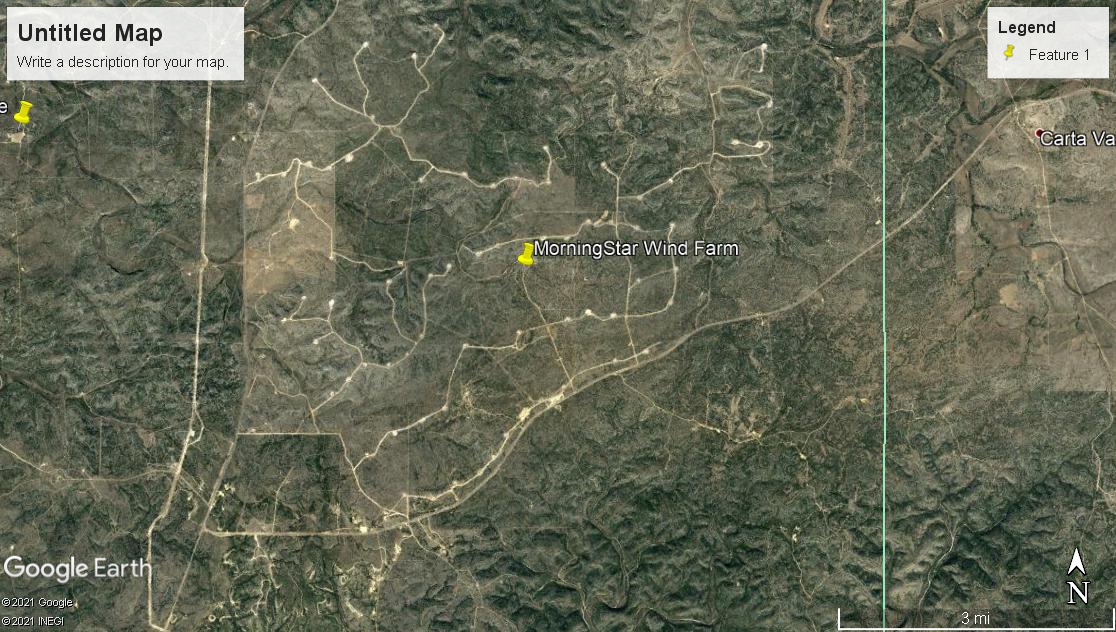 It would be a nearly ideal location in a remote area along the US border. It must be pointed out that this is one of many areas of potential interest working as potential logistics support areas (LSAs) for future Chinese operations in the event of a war with the US. And while this reality may be dismissed by some as hyperbole, it must be recognized the severe levels of Chinese operations currently being run inside the United States. There is no such thing as a coincidence and there is no such thing as a benign purpose.
NC Scout is the pseudonym of a former Infantry Scout in the US Army and is the senior editor of American Partisan, an online site dedicated to current events, preparedness knowledge and training for Patriotic Americans. He is the owner of Brushbeater Training and Consulting, which trains civilians in preparedness skills including Communications & Signals Intelligence, Tactical Medicine, Wilderness Survival, Marksmanship and Small Unit Tactics.