I recently had the opportunity to take a private two day class with the fantastic instructors at Lodestone Training. The class took place somewhere in Pennsylvania and had a total of eight students. The long and short of it: if you have a chance to train with this organization, I highly recommend it. Their knowledge base is extensive and Jared and Chris are excellent instructors – they take the time to work one on one with you to help you execute a skill, even if it seems like you are just wasting time. They are incredibly friendly and way more “chill” then other training instructors I have seen. They most certainly help to foster an environment in which you feel comfortable asking what you perceive as “dumb” questions. They were also more than willing to lend out gear for se – I personally borrowed a helmet for my PVS-14 because I only had a skull crusher to use and it was horrible.

We arrived in two separate groups and were led from the meeting spot up to the training grounds. After setting up camp, we were able to sit down and talk past, present and future events amongst ourselves and with one of the instructors. The class kicked off around 6pm on day one with some classroom instruction and a full safety brief. After this, we proceeded to the range to run three different drills. The first consisted of four people on the line and an instructor shouting out shapes, colors, and/or numbers on their target. The second drill was repeated with only two students as movement was include (stepping right, left, back, or front). Finally, all four students got back on line to repeat the first drill with the added “threat” call – upon hearing threat, you had to put three rounds center mass and two round either into the head or into the pelvis.

These drills were then repeated at dusk using our weapon mounted white lights and then again in total darkness with IR lasers and NODs. This proved difficult for me as my glasses were fogging up a lot, but the general concept of when to light up the target was the real point of the exercise. While one team drilled, the other team got used to walking under NODs. We then gathered around the fire for a few hours before drifting off to our tents.

I loved the progression of the drills. Doing it in daytime allowed me to focus less on the drill and more on the skill of using the light or laser for PID of the target. This first day showed me some gaps in my capabilities and my gear – gaps that would become much more obvious the second day.

We were also graced with the presence of a representative from NVD Night Vision Devices who brought products to demo (like the BNVDs) and also was able to explain how night vision works and the differences between generations. I personally got to test out the BNVDs on the walk, which was amazing.

The second day had us break into two groups. One group performed a solo jungle walk under both white lights and NODs and really demonstrated the advantages and disadvantages of both systems. I personally missed only one with the white light (and my light was on it too – I just didn’t see it!). Under NODs, I did significantly worse, only engaging three targets without prompting from the instructor.

While one group did a jungle walk, the second group performed a few different exercises. The first was a blind shoot. Basically, one person would be the shooter and would flip their NODs up. The second person – the spotter – would keep their NODs on. The spotter would have to walk the shooters IR laser onto a steel target at 100 yards with commands – left, slight left, down, slight right, hold, fire. This proved incredibly difficult, unless your name starts with a K and you are an absolute animal and hit over 50%. Once we cycled through that, we fired tracer rounds to see what they look like to the naked eye and under NODs. finally, we did a passive engagement – no laser, and only lining up the head mounted NODs behind your optic to engage the target. This proved difficult for me with an LPVO, but those with fixed magnification and red dots had an easier time. Finally, we finished out the mag with just engaging with the laser.

Once all those were completed, we did a woods walk under NODs and followed a trail of glowsticks through the woods, walking into numerous trees and tripping over many logs.

The total round count for the two days was around 400 – 270 on the first day and roughly 120-150 on the second day. This was nice considering the current ammo situation.

Taking classes helps you to test out your gear and fine gaps and areas of improvement. I am using the knowledge I gained to move my night fighting setup to a completely different rifle because the gun I had it on was not well suited for the task.

The networking and discussions that come with the class amongst the participants and instructors are worth just as much as the class itself. It allows you to spend time with like minded individuals and discuss topics that you generally can’t talk about with other people – food storage, the coming tyranny, weapons, etc.

Finally, night vision will be essential for what is coming down the road. If all you can afford is a Gen II+ Photonis unit, I highly recommend you get it. I have it, and the jump from not NODs to a low level NOD is amazing. Each successive step up adds more clarity, but that first step makes a world of difference.

Overall, I fully intend on taking more classes with Lodestone and I highly encourage everyone take a course with them if they are able to. 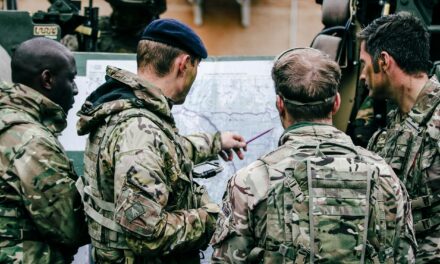 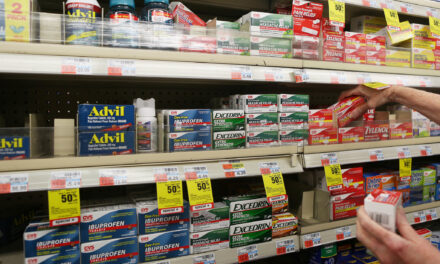 Over the Counter Pain Relievers 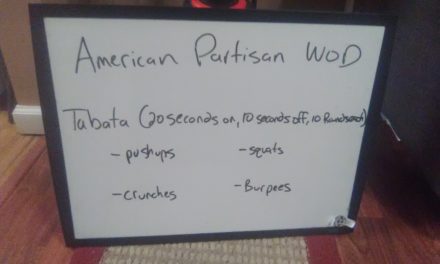