Encouraging Angels: The Fed Portrays The Greek God Atlas By Attempting To Hold Up The World Through Its Record Intervention In The Commercial Paper Markets & Will End Up Like Sisyphus 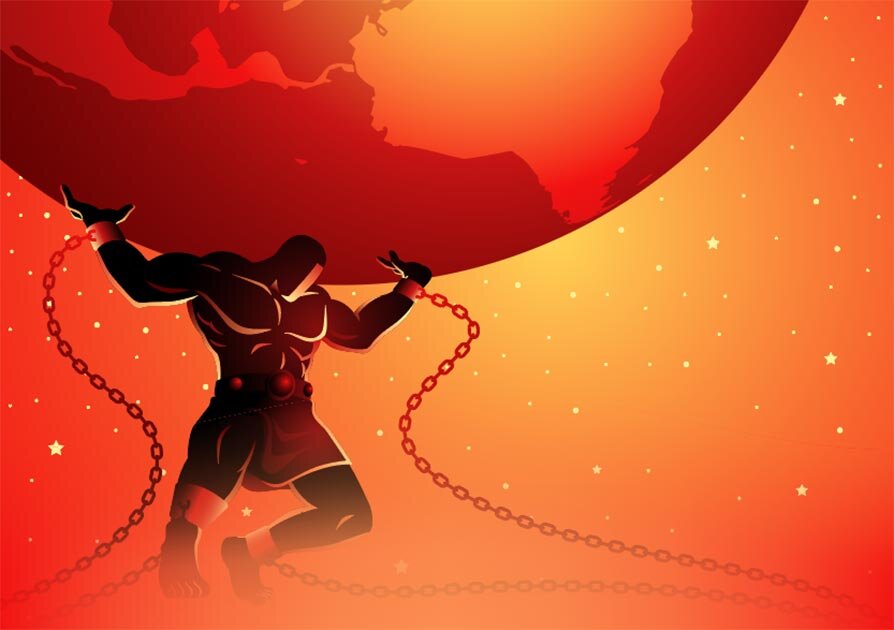 If I read this right, it looks like the federal reserve has just set a new record for the amount of overnight reserve repos, 1.6 trillion dollars as if the end of the September quarter. According to ICI Global, the total amount of money market funds worldwide is 4.54 trillion dollars measured in the same time frame. Since I am only good at simple math: 1.6 / 4.54 = .3524 (35%). That mean that United States Federal Reserve is providing slightly over 1/3 of the liquidity to the entire Commercial Paper market! Does that mean that the banks are far beyond being able to trust each other, even for 12 hours that they are refusing to lend to each other??

When you look at the FRED graph for the reverse repos above it just looks parabolic. I remember that it was the commercial paper market that froze up first in 2008 before Lehman happened which looks like Evergrande this time, but now Fantasia Holdings Group Co. has failed to pay coupons on their bonds this week (Bloomberg Quint article by Ken McCallum (10/5/[email protected] 10:33am IST) so there may be a competition for who the fall guy will be. Thanks to Bill Holter at www.jsmineset.com for letting me bounce my thoughts off of him; Bill shared that this is also the Fed’s effort to keep rates from going negative because negative rates would positively illustrate the clown show we live in!

It is beginning to look like the Fed is the ‘lender of last resort’ for the entire Commercial Paper Market. If so, they have taken on the persona of the Greek god Atlas and are literally attempting to hold up the whole world via providing liquidity to corporations via overnight reverse repos.

Thinking about the Fed’s actions brings to mind another lesson in absurdity and another story of Greek Mythology: Sisyphus. According to Ancient Origins (https://www.ancient-origins.net/myths-legends-europe/myth-sisyphus-lessons-absurdity-009805) : …’The legend of Sisyphus begins with a man who, if we are to believe Homer, was one of the wisest and most prudent of mortals. Nonetheless he would fall out of favor with the gods of ancient Greece. He was taken to the kingdom of the underworld and was forced to endure one of the most pointless and excruciating punishments of ancient mythology. Every day, he would carry a massive boulder up a mountain, straining and sweating all the while. When Sisyphus reached the top of the mountain, the boulder would immediately roll back down the hill in a matter of moments. Sisyphus would then make his tired march down the hill where he would start this task over again. It is said that Sisyphus would be forced to endure this for all of time, performing a pointless, tired task until the end of existence.’…

The Federal Reserve for over 100 years has been looked to as ‘the wisest and most prudent of mortals’. But the Fed and the Federal Reserve Note has begun its fall out of favor with the rest of the world. They have apparently been taken to the underworld and are now forced to carry out the pointless and excruciating punishment of holding up the world while the balance sheets of the planet and the credit worthiness of the US dollar just go downhill in spite of the fact that they just inflated, pushed values to the top of the hill. The Fed must carry out this futile exercise to elevate the world because if they don’t the world that we knew just won’t exist any longer. So the Fed, like Sisyphus, is forced to endure this pointless and tired task until the end of their existence. With the amount of effort they have to expend before they get to the top of the hill again (and potential trading impropriety by two Fed Governors- https://abcnews.go.com/US/wireStory/dallas-feds-kaplan-leave-wake-trading-disclosures-80265585) is it possible that the Fed’s very existence would now be in question?

Trusting the world that they built is going to end in tears. Tangibles (food, water, energy, shelter and a means of protection) will go a long way to help you survive (this is not financial advice; please consult your financial advisor). In my humble estimation, trusting The One who made the world (“In the beginning was the Word, and the Word was with God, and the Word was God. The same was in the beginning with God. All things were made by him; and without him was not any thing made that was made.” (John‬ ‭1:1-3‬ ‭KJV‬‬)) Jesus Christ, is the smart move. I can tell you that He has never let me down. It was always -me- letting Him down. Consider reading the whole Gospel of John today (www.biblegateway.com) and consider if Jesus is who He says He is. IMHO He is the best investment that there is. Unlike Sisyphus, in Him there is no condemnation (Romans 8:1).

Judgment is coming for the financial system, America and for individuals who have chosen not to trust Jesus. May God help you as you evaluate and decide just which God you will side with.

The Covidian Cult is Worship of the State, by DB 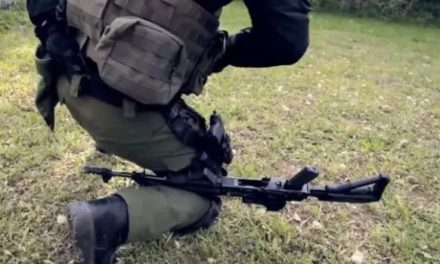 TX2Guns: How to Reload an AK with an Injured Arm