The AK-104: The Best Expression of the Kalashnikov

The Kalashnikov needs absolutely no introduction anywhere on the planet. A symbol of national pride, an armed populace, or the weapon of choice of malcontents, depending on your personal proclivities, it endures in a nearly timeless fashion hearkening back to the heights of the Cold War. But that ended by 1992, and with it, a new era of arms took hold. The days of wood and steel had given way to precision manufacturing and weather resistant polymers. And the Kalashnikov itself changed, dubbed the AK-100 or Century series. This new series of small arms represented a facelift of sorts for the  iconic AK series. New furniture representing manufacturing in the modern era, well suited to indefinite survival in nearly any environment, while keeping the same features that made the AK world renowned in terms of reliability and ease of use. Among these new models came the most interesting and perhaps best expression of the AK: the AK-104.

The AK-104 is a shortened version of the overwhelmingly popular AK-103, which uses a 12.5 inch barrel versus the standard 16. It integrates the front sight and gas block, reducing overall weight and length making for a fast handling weapon. Originally intended for special operations units in much the same way the Colt Commando developed over time into the M4, it has been spotted alongside its bigger brother in all of the current hot zones; Libya, Yemen, Syria, Armenia, and Ukraine with factories now producing them in India and Venezuela as well as here in the US by Palmetto State Armory. 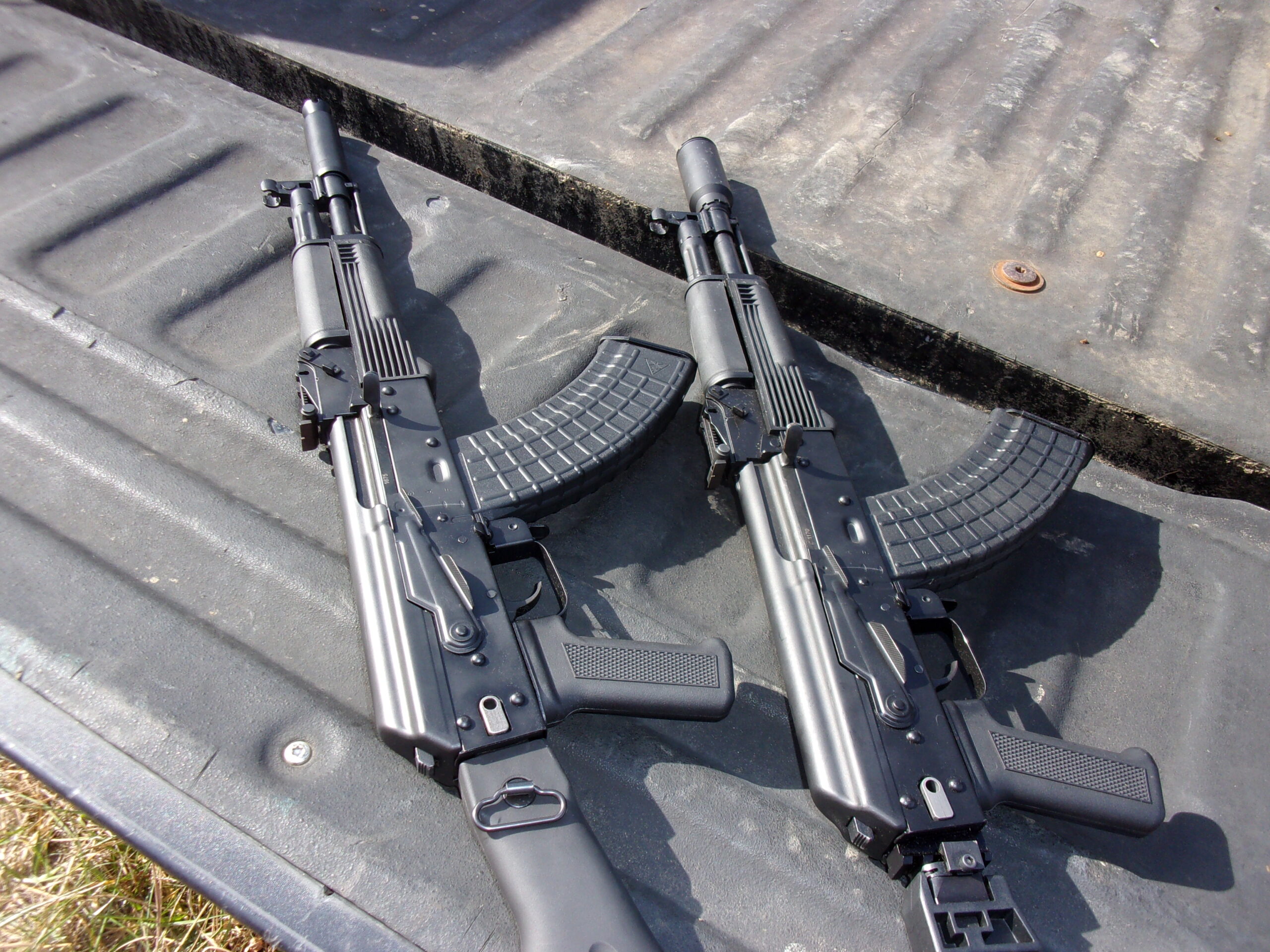 PSA AK-104 Carbine and Pistol-Braced model with ME Flash Eliminator.

Over the years I’ve had the opportunity to own, or at least become intimately familiar with, nearly every version of the Kalashnikov on Earth. From the old SAR-1, Egyptian Maadi, H-E-A-V-Y Yugo M70s, Romanian WASRs, PM90s and M10s, Russian Saigas, and my overseas favorite in terms of practicality, the Hungarian AMD-65. Yes, I’ve even ran a handful of Khyber Pass guns, including a very well done AKSU-74 clone in southern Afghanistan. So while I’m loathe to label anyone an ‘expert’ in anything, I can sufficiently say that I’m at least well enough learned on the platform and consider myself a knowledgeable fan. Contrary to popular Western internet belief, the Kalashnikov absolutely does lend itself well to ergonomics and in particular, ambidextrous use, and ease of use especially among newer shooters offering capable accuracy from an extremely effective round. 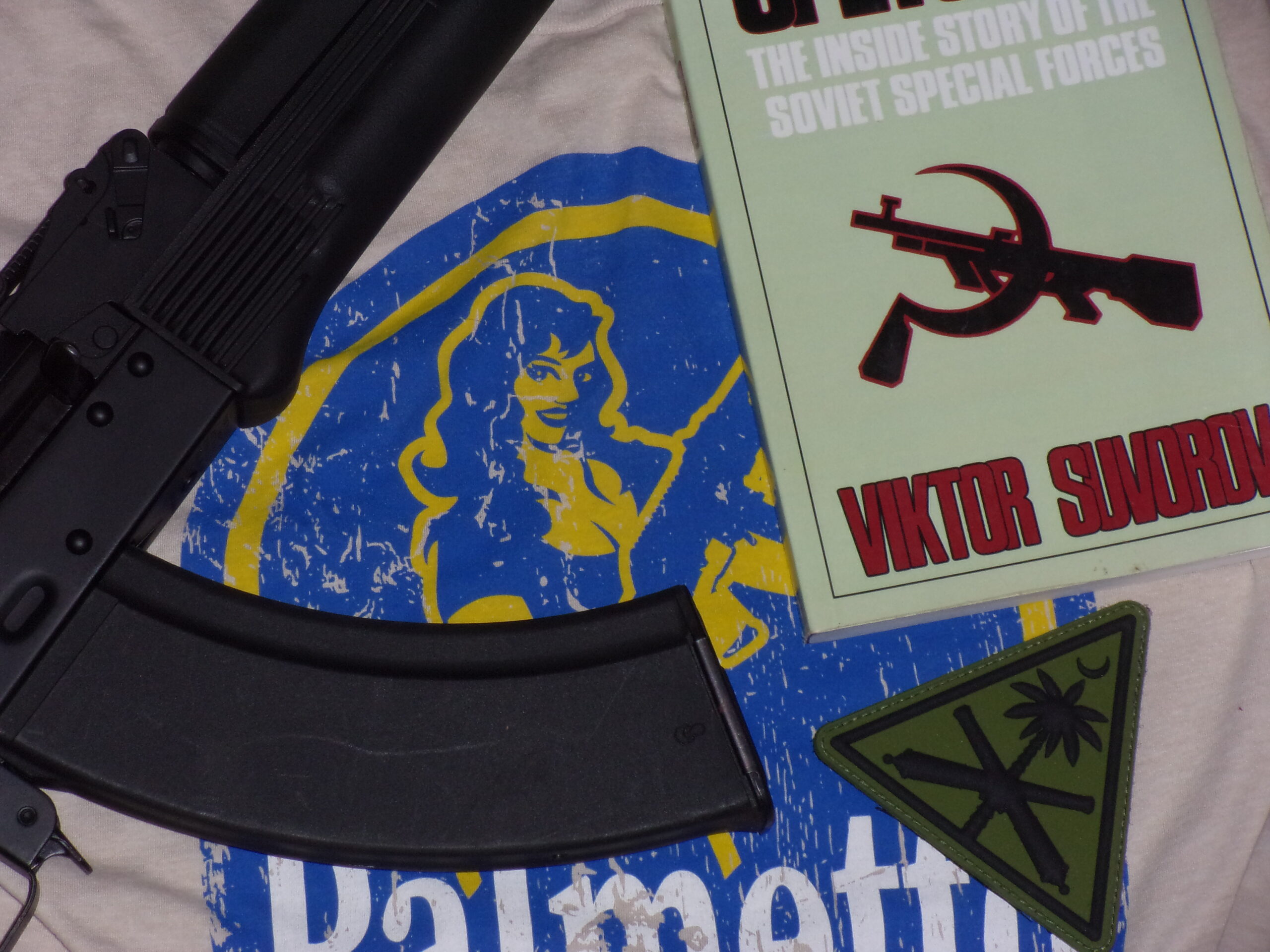 Its also important to note the methodology behind the Russian design. All of the training texts in this author’s possession, having long been a student of Eastern Block orders of battle and tactics, including Suvorov’s Spetsnaz, which I consider the best reference on the topic, label the AK platform a submachine gun rather than a rifle or even a carbine. Born from the realities of combat on the Eastern Front and borrowing the concept of an intermediate cartridge and marrying the idea of a lighter caliber weapon with higher volume of firepower in the vein of the German StG-44, the AK-47 and later AKM was and is capable of perfectly acceptable accuracy and lethality within the confines of its intended operating range; 0-300m, quickly engaging and transitioning between targets within the same. Throughout the years the AK went through several incarnations and variants, some cosmetic and others out of function for specific roles. 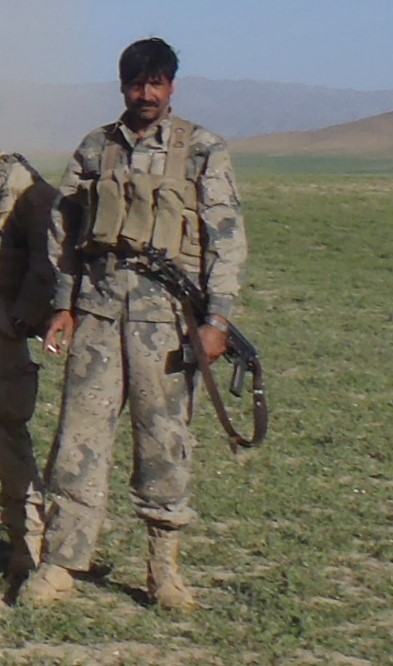 Afghan Border Police team member with AMD-65 posing for a pic after his first mission with my team.

The same AMD-65 mentioned above comes to mind. Designed first as a Paratrooper’s weapon, the Hungarians took advantage of the minuscule loss of energy from the 7.62×39 out of a shortened barrel and reduced the barrel length from 16.5 to 12.5 inches and including a simple folding stock and slightly shortened gas system. It is a rifle I’d come to very much appreciate in Afghanistan, where both it and the Romanian AKM were in widespread use among the Afghan Border Police and other so-called elite units of their security forces. It was a handy little weapon and popular with everyone who used it once you cut the foregrip in half. But the AMD-65 would not be the lone short barrel AKM variant; in Spetsnaz, Viktor Suvorov specifically names a weapon called the AK-R as the one assigned to VDV ground force Commanders and Radio Operators much the same way US forces did with the M1 Carbine in WWII and Korea. It is a curious note with little other evidence supporting its existence in the West prior to the advent of the AKSU-74 in Afghanistan. It could very well be that is the weapon Suvorov is referencing and this would make sense, given the fact that he, at the time of its fielding, was a General Officer and somewhat removed from the rank and file in Afghanistan, and coupled with the fact that a prototype of the same weapon existed in 7.62 (versus the 5.45 AKSU) for special mission units either unknown or unacknowledged to the West. The AKMS, an underfolding AKM chambered in 7.62×39 and fitted with a PBS-1 suppressor was still in service and a standard arm of the Spetsnaz, so this cannot be ruled out as a forebear of the AK-104. It likely would have looked a lot like the Yugo M92 or maybe the Romanian PM90, otherwise known as the Draco. 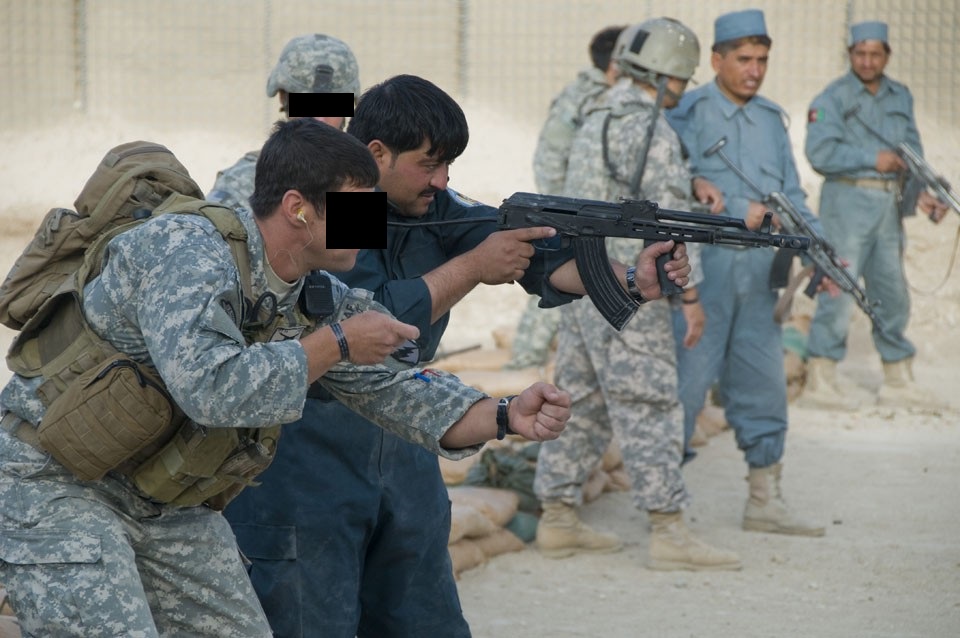 A friend of mine giving beginner range instruction on fighting stance with the AMD-65 in southern Afghanistan.

Whatever the case, the logic was sound given the performance of the round out of a shortened barrel. 12.5 inches seems nearly ideal for most roles, and I tend to favor that length when operating in and out of vehicles. I grew to love the shortened AMD for its quick handling nature and light weight, even with the obnoxious muzzle brake and flimsy feeling wire stock. Apparently someone at Izhmash thought so too when they were designing the AK-100 series with the AK-104. Maintaining the same length barrel, 12.5 inches, while mating the action to a proper stock; the side folding 8 inch polymer, which is a characteristic of the 100 series and offers a far superior cheek weld.

One other critical point is the 104 maintains the same length gas system as the standard AKM; on other shortened AK actions the gas systems are also normally shortened, which sometimes led to occasional reliability issues with the AMD-65, AKSU or other short barrel variants when running ammo sourced from questionable places, running suppressed or in severe environmental conditions. The 104 does not have this issue and in addition, is fully compatible if need be with a standardized supply system. That also means that finding an Ultimak, my own top AK upgrade, is easy. For a rugged, simple weapon with capability you can stake your life on in any environment, handling the 104 appears to be the top choice.

Palmetto State Armory is currently making an in-house AK-104 that, from my tests, measures up to every AK I’ve used. I have no qualms about staking my life to this weapon and it has become my go-to should the world go sideways. Between the boring reliability, on par with my PSA AK GF3, and exceeding it with a slightly superior barrel, this is the best expression of the Kalashnikov. If you’re in the market for an AK it is, my opinion, based on my experience over the years, that this is the most favorable layout. From Syria to Yemen to Armenia and Ukraine, the AK-104 has quickly found itself one of the more favorable small arms for a specific reason. Its light, fast and accurate, representing a great option for home defense or general preparedness.