Hot off the heels of Bill Gates warning about weaponized smallpox AND the discovery of several virals bearing the smallpox label at a Philadelphia lab, SIGA Technologies reported nearly two weeks ago that they targeted up to $113 million dollars worth of their smallpox drug for delivery to the US government in the Fourth Quarter.

NEW YORK — SIGA Technologies, Inc. (SIGA) (NASDAQ: SIGA), a commercial-stage pharmaceutical company, today reported financial results for the three and nine months ended September 30, 2021.
“SIGA’s financial results for the first nine months of 2021 include approximately $13 million of international sales, which represents a more than fourfold increase in comparison to the comparable period in 2020.
Additionally, we continue to work with Meridian in a new foreign jurisdiction toward finalizing an order that would be similar in size to the initial orders received from Canada in 2020 and early 2021. The timing of the completion of the order has been and may continue to be impacted by the COVID-19 pandemic,” said Phil Gomez, CEO of SIGA. “Looking forward to the fourth quarter of 2021, we are coordinating with our supply chain to deliver up to approximately $113 million in total of oral TPOXX® to the U.S. government, almost 30% of which was delivered in October. This progress highlights the strong and growing revenue base of TPOXX, as well as its continuing importance in orthopox health security preparedness.”

Our lead product is TPOXX, also known as tecovirimat and ST-246, an orally administered and IV formulation antiviral drug for the treatment of human smallpox disease caused by variola virus. TPOXX is a novel small-molecule drug and the U.S. government maintains a stockpile of TPOXX for treatment of smallpox. Over the past decade, the U.S. government has procured, or has current orders for, approximately $705 million of TPOXX for national preparedness. The oral formulation of TPOXX was approved by the FDA for the treatment of smallpox in 2018. The full label is here: https://dailymed.nlm.nih.gov/dailymed/drugInfo.cfm?setid=fce826ab-4d6a-4139-a2ee-a304a913a253. In September 2018, SIGA signed a contract potentially worth more than $600 million with BARDA for procurement and development related to both oral and intravenous formulations of TPOXX. 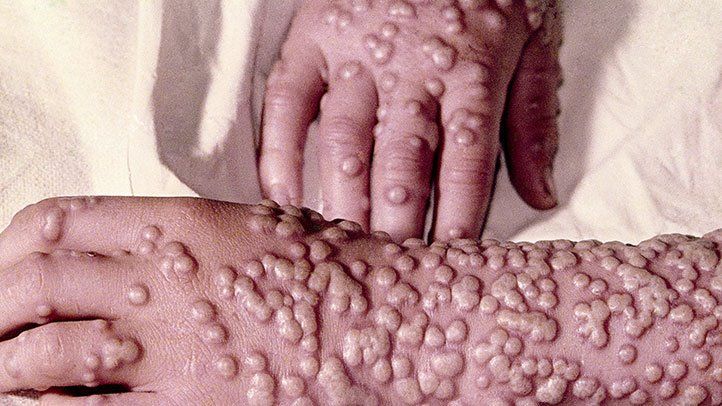 The fear of weaponized smallpox is not trivial. It typically has about a 30% fatality rate but has not been seen in the wild since 1977. It also spreads more easily that COVID – it has an r-naught of 5 to 7, compared to the seasonal flu’s r-naught of about 2 and COVID’s original r-naught of between 2 and 3. The problem? Research on a similar “pox” has already shown how to weaponize smallpox.

A virus that kills every one of its victims, by wiping out part of their immune system, has been accidentally created by an Australian research team. The virus, a modified mousepox, does not affect humans, but it is closely related to smallpox, raising fears that the technology could be used in biowarfare.

The discovery highlights a growing problem. How do you stop terrorists taking legitimate research and adapting it for their own nefarious purposes?

The Australian researchers had no intention of producing a killer virus. They were merely trying to make a mouse contraceptive vaccine for pest control. “But it’s a good way to show how to alter smallpox to make it more virulent,” says Ken Alibek, former second-in-command of the civilian branch of the Soviet germ-warfare programme.

Mousepox normally causes only mild symptoms in the type of mice used in the study, but with the IL-4 gene added it wiped out all the animals in nine days. “It would be safe to assume that if some idiot did put human IL-4 into human smallpox they’d increase the lethality quite dramatically,” says Jackson. “Seeing the consequences of what happened in the mice, I wouldn’t be the one who’d want to do the experiment.”

To make matters worse, the engineered virus also appears unnaturally resistant to attempts to vaccinate the mice. A vaccine that would normally protect mouse strains that are susceptible to the virus only worked in half the mice exposed to the killer version. “It’s surprising how very, very bad the virus is,” says Ann Hill, a vaccine researcher from Oregon Health Sciences University in Portland. If bioterrorists created a human version of the virus, vaccination programmes would be of limited use.

Alongside the reporting today of a single case of Monkey Pox from a traveler who just returned from Nigeria, it is clear that the conditioning of the past year and a half may be only the tip of the iceberg when it comes to the ultimate goal of Bill Gates and the World Economic Forum. Having set the stage with the “Event 201” scenario and the COVID pandemic we currently face – and coupled with what seems to be near permanent “health measures” such as vaccine passports, mask mandates, and the demonizing of medical freedom and speaking out against medical tyranny – the powers that be are certainly priming us for sustained tyranny for the foreseeable future in order to carry out their goals for the Great Reset.