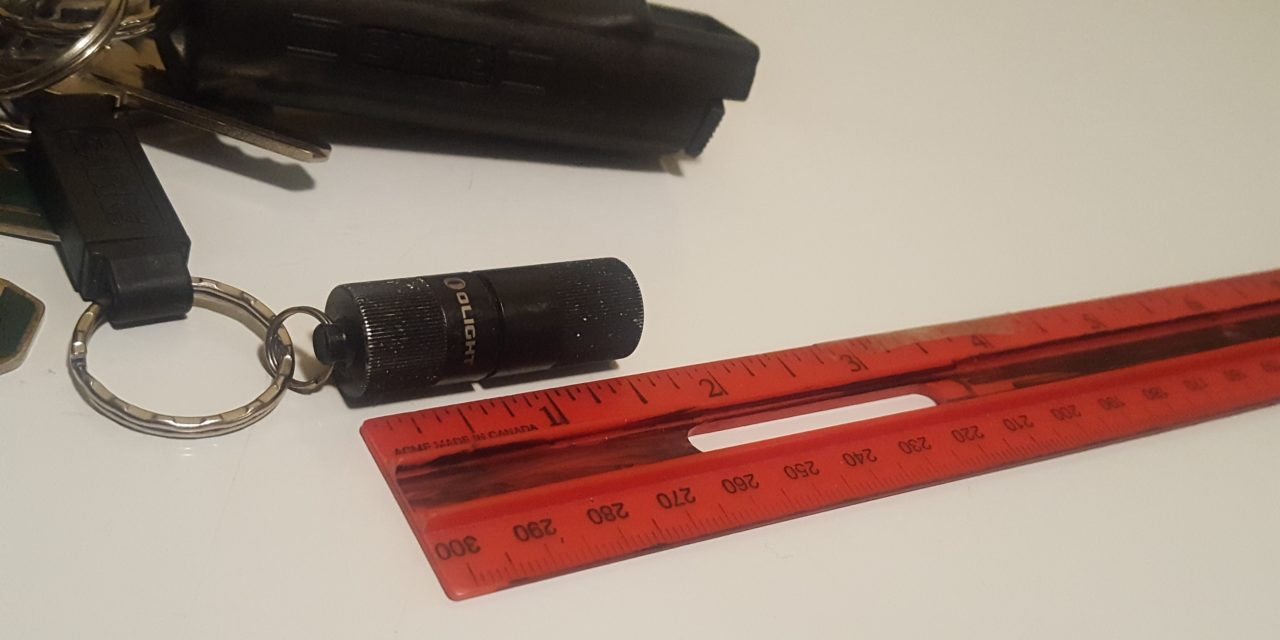 A while back, I came across a great flash sale for a flashlight company I had never heard of: OLIGHT. The deals were amazing, and a quick perusal of reviews gave me hope that they were a good company. So I jumped in and bought a bunch of their products. For $110 I got the following items:

I intend on working through all of them for reviews, but I wanted to start with the one that has surprised me the most: the I1R EOS keychain flashlight. It is charged using a Micro-USB cord (included) and takes 1 hours and 15 minutes to completely charge. 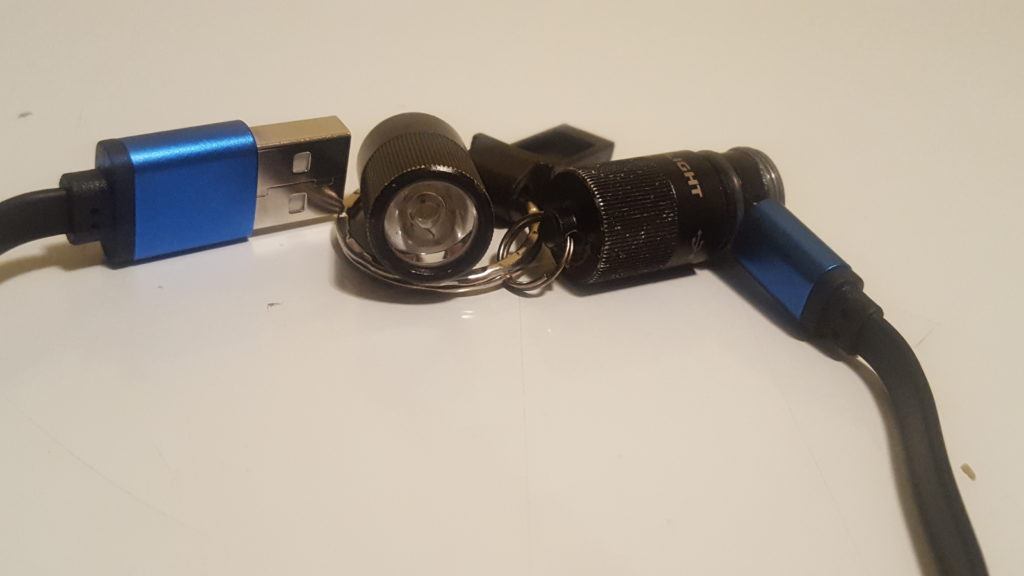 My two biggest concerns for the flashlight:

I have had it on my keychain for exactly three months, and it has stood up to the abuse that my key chain experiences. It has never once accidentally unscrewed itself, and it only turned itself on once, which taught me to leave it at two turns instead of three turns. Since then, it has not happened.

Here it what the low light setting looks like in a dark room at a distance of 7 feet. 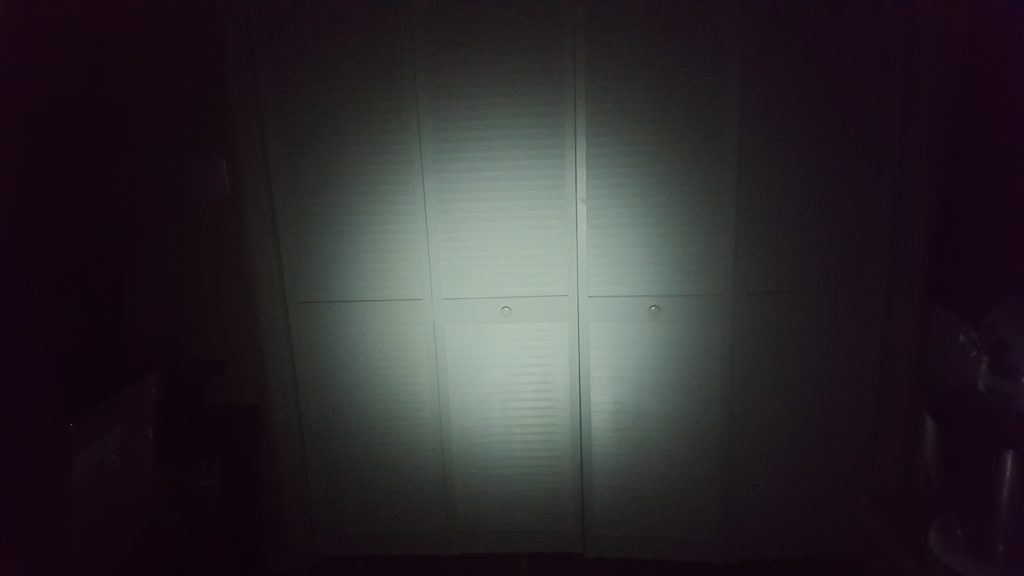 Here is what the high light setting looks like in a dark room at a distance of 7 feet. 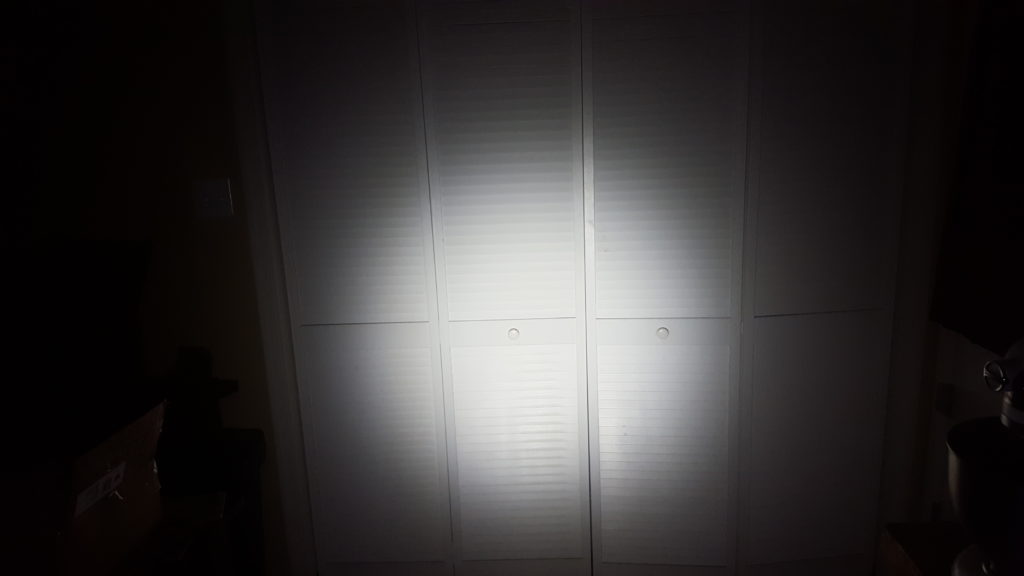 Keep in mind that these photographs were taken by an Android phone, so they automatically dimmed the light as well. Both modes are sufficient for maneuvering through a building or down a path. It won’t have as much distance as other larger flashlights, but it excels at what it is meant to be.

Since I have bought the light, I have given the other two away to my girlfriend and a family member and even bought a few more to give to other family members. At $16.95, this is one of the most affordable EDC flashlights you will find. Now, is this the only flashlight I carry? No. I also carry my Streamlight ProTac 2L-X when I need a stronger light. But if I had to leave that flashlight somewhere, I honestly have complete confidence that the I1R EOS would be a sufficient replacement in most cases. They are currently Out of Stock as of 10/16 on their website but available on Amazon via the links above. I highly recommend this flashlight.

If you are looking for a very compact EDC light or a way to provide some cheap and easy EDC preparedness items to family members who might not be otherwise interested, this flashlight will be the perfect way to do that. 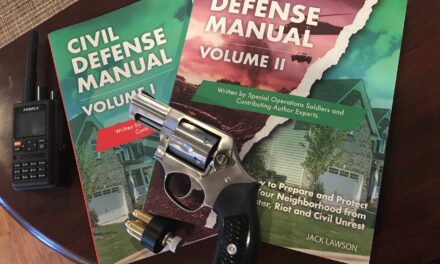