Something a Little Different – Home Made Pasta Sauce 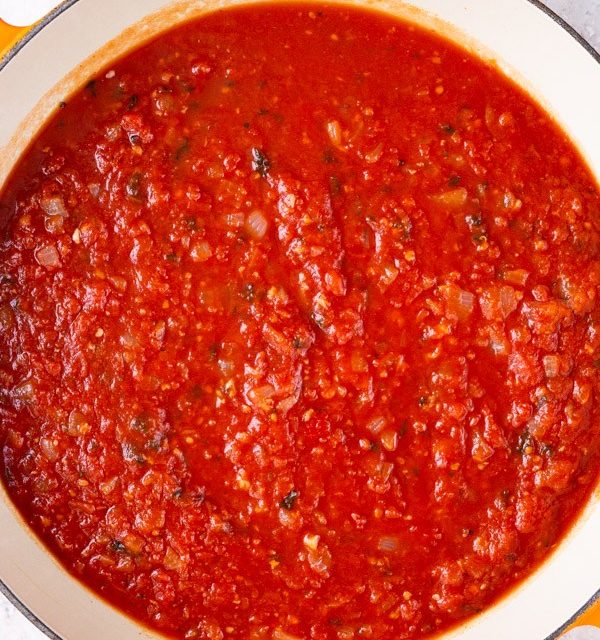 With politics seeming to dominate our narrative of late and it being canning season, I thought I would share with the American Partisan readership my homemade pasta sauce AKA Red Gravy.

MrsMac and I typically make 24-pint jars of pasta sauce a year with the tomatoes from our garden. It starts with collecting 18 to 20-pounds of tomatoes. Fifty percent is Amish Paste and the rest is made up with Brandywines and German pinks.

Once I have picked a stew pot full, I core and cut the tomatoes in half put a cup or two of water into the pot and set on the stove at low and covered. During the time it takes the tomatoes to break down I stir the pot, so they do not burn. Long and at a low heat is my motto.

Once the tomatoes are broken down I run them through a hand cranked food mill. 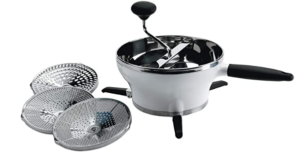 Once the tomatoes have been milled, I put the pot back onto the stove at low heat. We cook with propane so I actually put a diffuser plate between the burner and the pot. This helps in spreading the heat evenly between the fire and pot. I also take a long spoon or skewer and mark the level of the pureed tomatoes before the reduction process begins. You will be canning the sauce once it reached 50% reduction.

While your sauce is simmering and reducing, stir occasionally.

When you have reduced the sauce by 25% add the following to the sauce.

Reduce another 25% to 50% of the starting point. Then can at 11-LBS for 15-minutes using pint or quart bottles. Twenty pounds of tomatoes typically yield 12-pints of gravy.

We can our red gravy in pint jars for versatility as we use the sauce for other reasons than just pasta sauce. When I use the gravy for pasta, I always add a good handful of raisins – Golden or regular. My grandmother always did this as it added a nice sweet tang to the sauce when you bite into one.

Last tip, I also insert a hot pepper split down the middle into six of the jars to give it a nice bite. 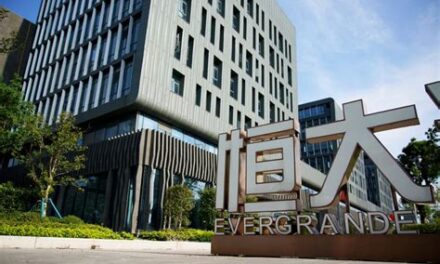 Encouraging Angels: The Clock Is Ticking: The Financial Crisis Is Now Potentially 30 Days Away 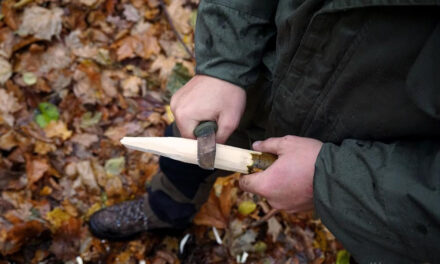 Prepping 101: Prep before SHTF, then improvise when you have to 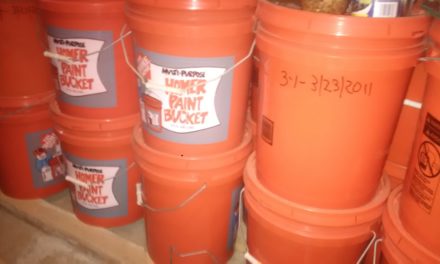 Where to Buy Bulk Foods