So what’s the matter with gun registration?
(This is part of “Dear Mr. Security Agent,” written in 2013, and it is now part of “The Bracken Collection: Essays and Short Fiction, 2010 to 2019.”)
To say that Turkey did not enjoy a smooth transition from being the seat of the collapsing Ottoman Empire, through World War I and into the modernist Ataturk era, would be a massive understatement. In those turbulent times, ethnic Turks, who were Muslims composing the vast majority of the population, considered their Christian minorities, especially the Armenians, to be disloyal and treacherous.
In 1911, a national gun registration law was passed in Turkey, with no apparent intention beyond increasing public safety. In 1915, during the Great War, these gun registration lists were used to disarm the Armenian and other Christian populations. Army units cordoned off entire towns and did gun sweeps. Once disarmed, the official state violence visited against the Armenians ratcheted up to murderous levels. Typically, on town-wide sweeps, all of the men and boys were taken away by the Turkish soldiers, never to be seen or heard from again. 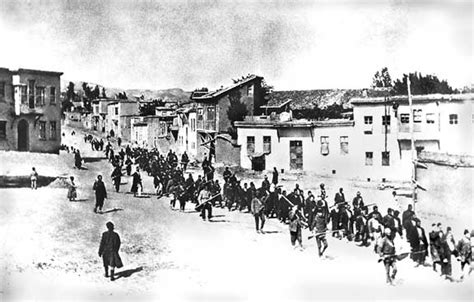 Only after these Armenian “enemies of the state” were disarmed and completely helpless to resist did the final step begin: the officially sanctioned, ordered, led and conducted wholesale “deportations” of the Christian minorities from Turkey. These “deportations” were in reality forced marches into fiery deserts, accompanied by pervasive sadistic cruelty comparable only to the Japanese “Bataan Death March,” and the less well known but much more deadly death marches of the last surviving Jews in Nazi hands as the Red Army closed in on Germany.
Three decades earlier in Turkey, rape, roadside torture sessions ending in death, and the entire worst catalog of human abuses were standard procedure while the Christian Armenians were being marched into the deserts to die of thirst, hunger, exposure, and sheer brutality. The stragglers who could not keep up with the columns being force-marched without food or water by Turkish soldiers were killed with bullets, bayonets, swords and even crueler means (for sport and variety), until the columns were no more and the genocidal missions were complete. 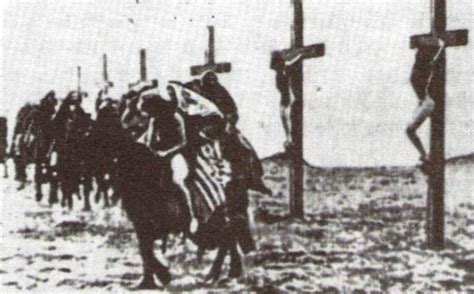 Between 1915 and 1923, one and a half of the two million Turkish Armenians were murdered, along with a half million Christians of other sects. The rest escaped from Turkey in one of the first great Diasporas in the modern era. There is no need to build gas chambers or slave-labor gulag death camps in a country with barren deserts. In Turkey there is no Dachau or Auschwitz to memorialize the dead, just bones scattered in the sand and rocks a century ago, a model of efficiency that Hitler might have envied. (The Turks deny to this day that it happened, just as some deny the later Nazi holocaust.) But even after conducting this first modern megadeath holocaust, with diplomats and reporters covering the genocide with daily wire reports, Turkey was not expelled in disgrace from the community of nations. There was no Western boycott of the new Turkish state. Adolf Hitler noticed this 20th-century indifference to genocide, and so did Lenin and Stalin and other despots. After the horrors of the First World War, the West had little gas left in the tank for do-gooder intervention, simply because some ethnic minority or other had been wiped out in Turkey.
A new low standard had been set. A nation’s leaders could commit genocide against a despised minority, murder two million living souls in full view, and the world would not give a good damn. It was an important lesson for future dictators, leading to even greater mass murders under the Nazis and the Soviets. And the German Nazis and the Soviet Communists learned another crucial lesson from the Turks: national gun registration laws could be passed easily in the name of dubious “public safety,” and these registration lists could be used later to disarm selected minorities, and then subsequently to arrest, deport, and murder them by the millions after they were rendered helpless to resist.
In the Turkish case, only a small clique understood the true purpose behind the gun registration and gun control laws of 1911. If average Turks thought about the gun laws at all, they probably believed they would actually lead to greater public safety, as advertised. That was also generally the case with the Russians, Germans, Chinese, Cambodians, Guatemalans, Rwandans, and all the rest who were required to register or even turn in their firearms for “public safety,” and who accepted the demand at face value as a “reasonable” gun control measure, to their later regret.
American liberals who would like to see the Second Amendment torn out of the Constitution as a problematic relic of a bygone era generally do not know—or pretend not to know—this well-established historical pattern. But American Constitutionalists, who are more often than not students of history, understand the scheme very well.
So, directly behind the insane faces of contemporary villains like Loughner, Holmes and Lanza, we see the smirking faces of Stalin, Hitler, and Mao, tyrants who did not murder individual victims by the fives and tens, but entire populations by the fives and tens of millions. And in every case, these national genocides were preceded by gun confiscation that was made possible by national firearms registration laws sold to a gullible population in the name of “public safety.”
(Interestingly, during the French Revolution’s “Great Terror” of 1793 to 1794, it was the “Committee of Public Safety” which condemned tens of thousands of French men and women to the guillotine or other forms of summary execution without trial. After previously disarming them, of course.)

The Case of Switzerland
No let’s look at another foreign country for a more positive perspective on gun ownership. Although surrounded by sometimes hostile neighbors, Switzerland has maintained neutrality for centuries. But it is an armed neutrality: nearly every adult Swiss male serves a short period of active military duty and thereafter is a member of the home guard. The inactive reservist keeps his military-issued fully-automatic battle rifle at home, with plenty of ammunition and magazines, for the rest of his life. If Switzerland were ever invaded, the invaders would immediately find themselves taking accurate fire from many directions. Beyond their battle rifles kept at home, field artillery, heavy machineguns and other crew-served weapons were hidden in disguised barns and other public and private buildings across the land, spread among the very citizen-soldiers who would man and fire them.
An interesting story, but what does it have to do with this essay? Over those same centuries that Switzerland has not been invaded by a foreign enemy, it has also never been taken over internally by a dictator. Any would-be Swiss tyrant would confront the same risk faced by an invading army: a citizenry armed to the teeth with the latest military-grade, full-automatic-capable true assault rifles, plus jointly maintained and operated crew-served weapons.
Liberals might cite the example of Great Britain or Australia as countries that have created national registration lists and then later disarmed their populations through confiscation, but without a subsequent genocide. That’s true, but there is often a long delay between the stages of the registration-confiscation-extermination progression. For example, national gun registration in Germany was implemented in the 1920s, without any immediate dire consequences. Then Hitler was elected and took dictatorial powers under the Enabling Act. Beginning in 1938, Hitler used the gun registration lists to first disarm and then exterminate his enemies, primarily the Jews

And in this cultural and social climate, with class envy and racial hatred being stoked by the government and its willing partners in the liberal media against white conservatives, our socialist-leaning administration now wants us to surrender our most useful and effective self-defense tools, in the name of “public safety”!

About the Author: Matt Bracken