Jack Lawson Sends: The Sky is Falling, Part Two – What You Can Do

Here is the latest from Jack Lawson, author of the Civil Defense Manual. You can grab a copy of his book here. Jack is a strong supporter of American Partisan, and even had NC Scout write the chapter on Radio Communications (Chapter 17 in Volume I). I bought my copy the day it become available and I highly recommend you do as well.

To understand what is happening in America and how what I write about here could happen, you need to do what Author Matthew Bracken and War Correspondent Michael Yon suggest… adjust your PARADIGM to understand what’s coming… then all the pieces start to fall into place.

Definition of paradigm: What to expect as normal and logical. Ideas, values, concepts, practices and assumptions about how something should be done, made, or thought about. A way of viewing reality for the community that shares them. Parameters that serve as a pattern or model of behavior or thought.

Michael Yon cites former Navy SEAL Officer and Author Matt Bracken pictured below. Matt’s books, written 15 years ago, predicted most of what’s happening now. Read his books… they’ll give you a good idea of what life in the United States is going to be like. 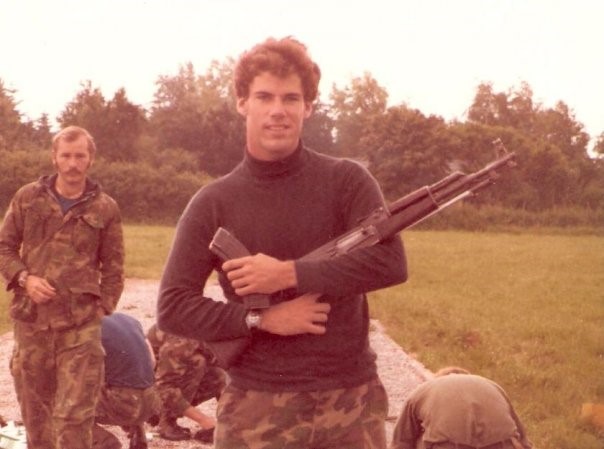 (Books you need to read… https://www.EnemiesForeignAndDomestic.com)

Author, war correspondent, former Green Beret Michael Yon states how Matt has been way ahead of the game in learning from surprises going on two decades, from what Yon describes as “The Beast.”

Like Yon says… “Matt Bracken adjusted his way of thinking and reacting to news that boggles most people’s minds.  Learn not to be surprised by detecting the actual logic in what happened that caused you to be surprised. A current application is: why is the US government destroying the US? It’s surprising until you adjust your paradigm.” (Yon means… They are like an enemy in power in the White House… their sole intention is to destroy the US.) 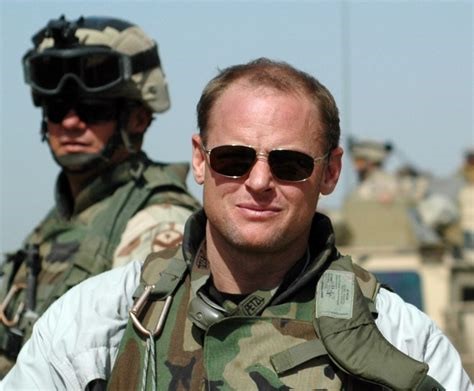 “If you try my current paradigm for just a week, you be unsurprised at ships off the coast unable to unload, forced jabs with untested chemicals into children’s arms. Or, maybe the chemicals actually were heavily tested, say, on Uighurs. Don’t laugh. Don’t scoff. This readily fits a paradigm that is not another wild conspiracy.”

“We must adjust our collective paradigm until we are no longer surprised, and can predict what The Beast will do next. Because either we beat The Beast, or it will kill us.”

The bull shytte of the Main Stream Media stooges

Those who would be called ‘paranoid’ are more realistic and accurate than the mouthpieces of the Globalist elites. Most military, combat veterans and people who have suffered traumatic experiences and select other individuals develop a “Hyper Vigilance” that causes them to look at life differently. They know what reality is and what can happen so, they’ve lost their illusions.

Start analyzing news like “NYPD Police and Fire Fighters quitting because they won’t take the experimental vaccine!” by changing your paradigm to think this way…

“That’s logical… the leftists are out to destroy the country.”

Despite the fact that it is not actually a vaccine, but a substance that genetically alters your immune system… the first time in history this has been done… Reduced police or firefighter personnel is something that will weaken or destroy your community. That becomes logical to you when you’ve changed your paradigm.

When will problems come?

Cold weather is coming to most of the country. Cold weather has always had an adverse effect on supply and delivery. Delivery gets worse during Winter snows and freezing temperatures. Mobility is more difficult and supply delivery and supply chain disruption that is ongoing will worsen during cold weather. So, prepare for not ‘if’ …but ‘when.’

When? …will be the months of December of this year and January, February and March of the next year. There is another factor involved which may extend that time of being without Critical Life Supplies and Services… the fact that trying to catch up with demand frenzy will take longer as a result of abnormally high demand and low supply capacity during these months.

Also, again, disruption of one item such as fuel will cause chain reaction disruption and collateral outages such as electric power and if trucks don’t have tires or fuel… no resupply will be possible.

In an interview on The David Knight Show, I described a phenomenon of the Supply Chain overlooked by most that will further drastically affect Americans and the Industrialized World when shortages begin to appear. That is the almost nonexistence of warehouse inventory, because of what I term the High Activity Instantaneous Feedback Supply Chain System.

This is a collateral effect of our computerized technology that is now imbedded in our Supply Chain System. The fact that very little inventory needs to be kept in the Supply Chain System saves companies BILLIONS of dollars a year. Money is not sitting in inventory reserves because all items are made virtually overnight by manufacturing and processing companies… on demand.

The below diagram of the past Supply Chain System…

In the past, the large red letters represent the ‘bulge’ of reserve inventory that existed before computerization of the Supply Chain System. The blue arrow represents factory production put into the Supply Chain. The LARGE red letters represent warehouse inventory reserve and transportation supply movement to the Consumer. The green arrow represents the availability of supply to Consumers.

If extreme demand occurred… there was a huge reserve of goods in the warehouse inventory portion of the Supply Chain. This enabled supply to continue even if production could not keep up with demand temporarily… until production caught up or demand subsided.

The diagram of the present Supply Chain System…

In the present system, there is no warehouse and in fact, not much of a reserve in not only the Supply Chain System, but also the raw materials of all manufacturing and processing factories. The blue arrow represents factory production put into the Supply Chain. The red letters represent transportation of supply from Factory/Processor directly to the Consumer store. The green arrow represents the availability of supply to Consumers.

An example of the High Activity Instantaneous Feedback Supply Chain System is that your local grocery store sells 400 loaves of white Artist Crafted Brand bread from opening to closing in one normal day. Let’s say reports of sales of this brand of bread as well as all other items sold that day are gathered from the computerized cash register/inventory control system at 10 PM. This brand of bread, along with the report of all other items sold is sent electronically to regional store management.

The same happens with the bakery… they keep little or no inventory of items needed for making the bread. By 6 AM they are ordering flour, yeast, plastic bread bags and anything else needed to manufacture more bread the following morning starting at 1 AM. The same happens with each and every supplier of materials to the bakery… orders are made electronically and they order their materials on demand… Instantaneously.

If transportation of these items breaks down on any level… if the electronic system of computerized orders is disrupted… if employees don’t show up at work (paid to stay home by government handouts) or can’t get to work… the manufacturing and or supply stops. Period. And there is no reserve!

The system is just as prone to problems when considering the transport of manufactured goods as imports from overseas, when you take into consideration that the ‘reserve’ of goods is sitting on ships anchored off the coast unable to unload. People won’t go hungry or die because their Chinese manufactured shoes aren’t available. Some Americans will, however, die from disruption of imported goods… being that 95% of life sustaining medicines are manufactured overseas… primarily in China. A positive fact is that most food production is in the United States. Food can be obtained locally by those in the rural areas. It won’t be what we eat now or packaged for convenience, but it will keep people alive during shortages. People in cities and metro areas won’t be as lucky and the disruption of transportation within the United States will create starvation in the major metro areas, in my opinion.

The Federal Government will go into rural areas to forcibly seize food stocks under the Defense Procurement Act (DPA). I have advised government people in my area of this, but no one seems interested in a situation that has yet to occur. The same with most Preparedness by government… talk, but little action. They’re handicapped people… most have only one hand… the other is constantly holding a coffee cup.

The Federal attempt to seize food under DPA will be met with extreme violence from those in the rural areas, in my opinion.

Water is taken for granted… like breathing air. But those who intend to America harm are actively probing our computer networks for ways to destroy and disrupt the functioning of our water systems. I picked this up on the internet… and my apologies to the Author… who I backtrack researched but was unable to find.

A report from Cyberscoop stated that “A cybersecurity advisory published by the FBI, the Cybersecurity Infrastructure and Security Agency, the Environmental Protection Agency and the National Security Agency highlighted incidents in five states between March of 2019 and August 2021, where systems were targeted by either ransomware attacks or other hacks … Other incidents occurred in California, Maine, Nevada and New Jersey.”

To know how long your food and water will support you and your family, go to the free Stored Food & Water calculator at the Civil Defense Manual website https://civildefensemanual.com/food-water-caclulator/

The above being said, I’ve seen Preparedness people put way too much emphasize on firearms and ammunition. You can’t eat them, they won’t hydrate you, medicate your body and they won’t keep you warm… unless you have full auto weapons (joke). But you will need and will have to know how to use them. 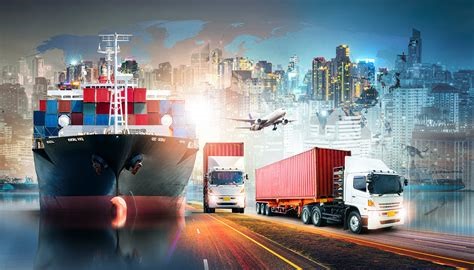 Take a class with NC Scout, aka BrushBeater or J.C. Dodge on firearms use and tactics or go to one of the other trainers I recommend in the Civil Defense Manual. If you think you’re going to take other’s food and water with your jacked-up weapons… so you don’t need to store food and water… you’ll be one of the first rotting carcasses hanging by your neck from a lamp pole.

You’re an American… we’re a strange and resilient breed of people. We ARE different than those in the rest of the world. We are armed and have our attitude… that attitude has kept us what freedoms we have for centuries. Keep and show that attitude.

That attitude is why we’ll defeat “The Beast.”

Above all, know that the one little issue that you refuse to bend over and be abused for, may be the one that saves this country. Pick your fights carefully… but when you do… put your life into it… because your life depends on it.