People familiar with any of my work know that there is little love lost between the conservative movement and myself, particularly the ‘brand name’ Republicans and the media personalities that make their money prostituting themselves for the latter. Until the DNC convention I was willing to at least work with many of these people and generally ignore their insufferable Boy Scout Leader-esque self righteousness about their own political naïveté or lack of any moral compass aside of the almighty petrodollar. While the sickeningly greedy on the right side of the spectrum are themselves irredeemable, at least their audiences were pointed in the right direction via their work. Lip service was good enough, if it meant keeping the peace. I was wrong.

The list of cowards supporting Joe Biden are not taking some moral stand, nor are they in any way demonstrating independent thought. Joe Biden is the safest, most mainstream, intellectually brain-dead choice one could make. Supporting him takes zero courage and even less risk. Were the GOP serious about anything other than being professional losers, Ronna McDaniel would primary each and every one of them on the list and the ones that aren’t elected officials would be persona non grata. You do not bite the hand that feeds you and expect another meal. Nevertheless, enjoy the warm liquid on your head as your betters call it rain. I do hope those chains do not rest lightly, so heavy in fact that the morally bankrupt drown under the weight of them.

In truth, the greatest boon the 2020 election will provide all of us is clarity. At the end of this, we will have a rather firm grasp on who is willing to save Western Civilization and who is in it as a marketing decision. While I appreciate the concept of considering an individuals entire body of work, in this environment if you cannot be make the correct judgment call, then enjoy the results. Never has a choice been as stark not only for the presidential election, but along the cultural front as well. A Spaniard would not have been forgiven for saying ‘Well the Moors do have a point…’ and similarly anyone calling themselves a counterrevolutionary does not get to profit from that moniker while endorsing a person who views them as an American kulak. I absolutely support accelerationism, but I also support the fewest possible number of JDAM’s at Kamala Harris’ disposal.

Mark my words, the defection of the ‘conservatives’ is not even close to being complete. The Bush and Clinton era Republican luminaries will continue to defect as they smirk and claim the ‘moral high ground.’ I suspect you will see a the majority of the libertarian and an-cap authors on the right continue to confuse naïveté with reality and play allies to the communists. In the coming months, pay attention to who is providing top cover and support for the leftists. I expect the results to be surprising. I do not care if you do not like the president, his Twitter, his manners, or his hair. A very real scenario exists that makes the 2020 election the opportunity to have a possibly friendly regime in power during a civil conflict, or at least one reticent to cede control to a peacekeeping force…or a regime that views you as the modern incarnation of the Nazi party. So while I would not recommend devoting too much time and energy into thinking about national figures that are playing the Kasich card, look for the people you support via clicks and the ones in your own backyard playing that game. 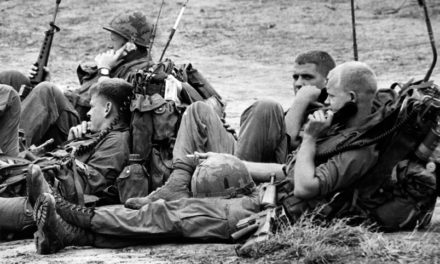 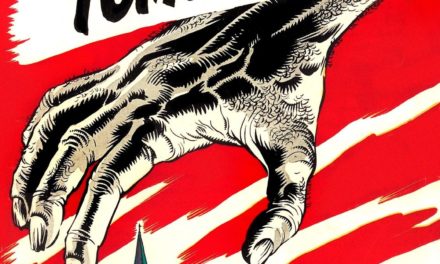